The King Zone Podcast – Episode 8: “We’re Going to Hell… Together!” Discussing Graveyard Shift and Sometimes They Come Back

Welcome to this Podcast series from The Super Podcast with The King Zone! This podcast series is all about the adaptations of Stephen King, from the cinematic films, mini series and TV movies!

Your trusty hosts ‘Super’ Marcey Papandrea and ‘The Terrible Australian’ Bede Jermyn are back with episode 8 of The King Zone Podcast. The two films we are covering for this installment Graveyard Shift (1990) and Sometimes They Come Back (1991).

Graveyard Shift (1990) was directed by Ralph S. Singleton and stars David Andrews, Kelly Wolf, Stephen Macht and Andrew Divoff, and Brad Dourif, based on the short story by King. It tells the story of drifter John Hall as he takes a job at a local mill, but nothing is as it seems as people start disappearing. Sometimes They Come Back (1991) was directed by Tom McLoughlin and stars Tim Matheson, Brooke Adams, Robert Rustler and Robert Hy Gorman, based on King’s short story of the same name. This TV film tells the story of Jim Norman who returns to his home town and faces the ghosts of the past.

* Both films are based on short stories

* Is Graveyard Shift a good film?

* What is up with Stephen Macht’s accent?

* Which film got Bede misty eyed?

* Actors from both films appeared in Elm Street films

* Is Sometimes They Come Back set in the IT-verse?

* Bede and Marcey share the same ratings for both films 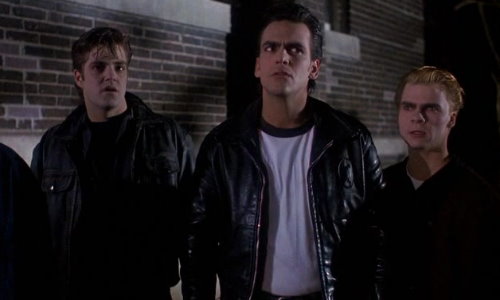