Welcome one and all back to The Tubi Tuesdays Podcast, Bronson month is over as it is the American Thanksgiving Day this week and to celebrate with two Australians and a Canadian we are watching Blood Rage (1987). Super Marcey, Bede and Commish Batch are all here, after Kraven decided to cause havoc on the show for the past couple of weeks and both Bede and Batch disappeared for a bit. The crew also have a bone to pick with The Horror Returns Podcast for semi copying us … ooooooo

* The old gang is back together to watch Blood Rage!

* You’ve been called out Horror Returns!

* Why does Todd look like that Dear Evan Hansen dude?

* How many rotary phones are in this film? Bede is losing his mind!

* Batch and Marcey are either really baked or super into the storyline of the film. 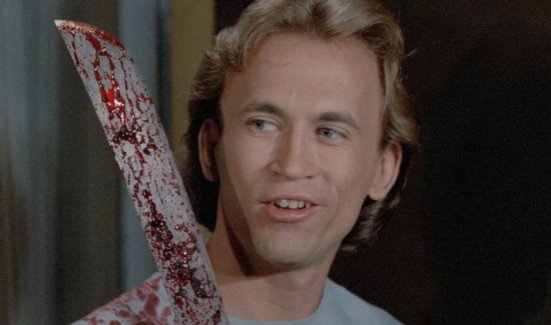