Starting something like 31 Days Of Horror, or doing a bit of a marathon of films is a great way to discover films, whether they be new and old. For my own personal viewing, I like to kick off my horror marathon with something from the silent era, where the genre started and developed. Silent cinema from the early 1900’s is a treasure of history, what audiences are still able to see is incredible considering how many were lost. These films have much merit to them and without them, cinema and horror cinema wouldn’t have thrived without them. This brings us to The Cat and the Canary (1927), an adaptation of the stage play, that is an early work of mixing horror with comedy elements together with great results.

The beauty of early cinema and silent cinema is how visually expressive it is and needs to be, this film not only has intriguing sets and a spooky house but the performances are just as expressive. Blending horror and comedy isn’t easy with no sound or dialogue to work with, the actors bring so much to the story with how they use their body movements and facial expressions. The story here is about a millionaire Cyrus West who passes away and the inheritance is to be revealed 20 years after he has gone, the remaining family gather at the house to find out who gets the riches. The inheritance gets left to a single person Annabelle West (Laura La Plante), on the condition they aren’t deemed mentally unstable, after the reveal strange occurrences start to happen at the house, leaving Annabelle to question what is really going on as a strange monster seems to be stalking her.

It is a simple story, inheritance and riches tends to bring out the worst in people and Cyrus West through the letters he left states that his family looked upon him as cats and he’s the canary they want to have for dinner. After 20 years nothing changes as they just want the inheritance and start to look at Annabelle the way they did with Cyrus. It is a clever mystery film, with twists and turns along the way with an ending that is predictable but also works extremely well. The visual style of the film is German expressionistic, with Paul Leni showing so much with very little, the use of the shadows within the film are incredibly effective along with some other little visual aides in telling the story without too much writing needed. The comedy elements fit well, this is a family who seem just money hungry and they all show it in obvious ways, the facial expressions alone from Martha Mattox as Mammy Pleasant are amazing and she’s a highlight of the film.

Perhaps by today’s standards the pacing could be seen to be a little slow, however it does flow fairly well and for the most part it is a genuinely enjoyable film. It is a great early example of blending horror with some comedy successfully and not going over the top with either. A must watch for those who enjoy early cinema and silent films, be sure to watch a copy with a good music score too, it will really add a lot to the experience. 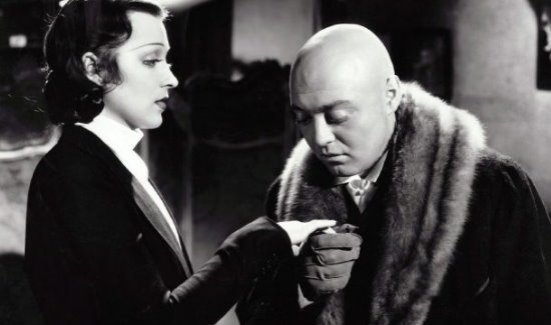 The 1930’s was a great time for horror, with the emergence of Universal’s monster films, King Kong (1933), The Most Dangerous Game (1932) and countless others. The potential of the genre was being fully explored with monsters and humans as both predator and prey. 1935’s Mad Love is an adaptation of the novel The Hands Of Orlac by Maurice Renard, bringing forth the ‘mad doctor’ character, deadly obsessions and a serial killers. While the film itself is grounded in a type of reality, there are fantastical elements of medical science that don’t seem so far fetched in the modern world.

The story is about Dr. Gogol (Peter Lorre) and his obsession for actress Yvonne Orlac (Frances Drake) and the lengths he will go to in order to have her for himself. She is married to pianist Stephen (Colin Clive), who gets in a terrible train accident and his hands are ruined. Dr. Gogol operates on Stephen, but unbeknownst to Yvonne and Stephen, he is replacing Stephen’s broken hands with that of dead serial killer Rollo (Edward Brophy). Stephen has trouble using his ‘repaired’ hands but finds himself suddenly very skilled with knives, something that Dr. Gogol will used to his advantage to get Yvonne.

The story of The Hands Of Orlac is a well known one, there was a silent era version with Conrad Veidt and it has been parodied in shows such as Futurama. The telling of the story here works extremely well with such striking visuals and memorable shots, with very strong performances from the entire cast, especially Peter Lorre in his first American film. Lorre puts forth a performance that is sad, terrifying and almost mad, the character isn’t one the audience shouldn’t sympathise with but there are moments where it’s easy too and that’s all in the performance. The film has some German expressionist elements, subtly they can be noticed and it adds to the beauty of the film. Director Karl Freund who worked as a cinematographer on over 100 films including The Golem (1920) crafted a very intense and memorable film, a staple of 1930’s horror and one that has had a lasting impact on cinema itself.