The era of the 70’s was indeed an interesting one, seeing the rise of more gruesome and spooky films, as well as the psychological horror. Don’t Look Now (1973) may be the better known film for 70’s psychological horror, along with The Omen (1976) and Alice, Sweet Alice (1976), however John D. Hancock’s Let’s Scare Jessica To Death (1971) is worthy to sit up there. Let’s Scare Jessica To Death (1972) blends psychological elements along with a nightmarish feel to create a truly memorable and unsettling experience.

The story is about Jessica (Zohra Lampert), who has come out of an institution is moving to the country side on an island with her husband Duncan (Barton Heyman) and mutual friend Woody (Kevin O’Connor). Their new house is in a small town, where the residents don’t seem too welcoming. Upon arriving to their new house, they discover a squatter named Emily (Mariclare Costello) and after spending time with her (and seeing Woody likes her) Jessica asks her to stay. Not everything is idealistic with Jessica, as she begins to see a girl wondering around and the voices inside her head get louder and louder. Strange things keep on happening, is this all in Jessica’s mind or is there something more sinister at play.

Let’s Scare Jessica To Death is loosely based on Carmilla by Sheridan Le Fan, with the character of Emily being Carmilla and Jessica being Laura. Jessica narrates her story here, it is from her point of view, the visuals and sounds are how Jessica sees everything. As our main character is established early on to have mental health issues, she is already uneasy as this new town feels strange to her immediately as she starts to see a girl from the moment they arrive (at the cemetery where she takes an etching). Each event takes its toll on Jessica, as she slowly starts to question her own sanity and can’t understand why things are so strange. Her psychological break down is also quite metaphorical of the death of the hippie/counter culture movement of the 60s, with many aspects reflecting that, the sticker on the hearse is a very obvious one. 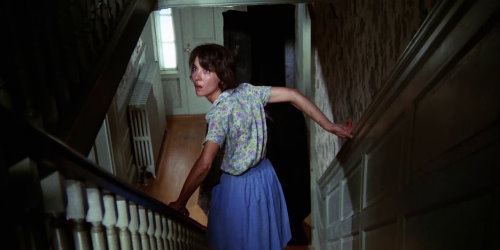 The atmosphere and the soundtrack are haunting pieces, the film is very unnerving from start to finish, as the view is with an unreliable narrator and the audience feels what Jessica feels throughout. Zohra Lampert is excellent in the title role, bringing forth a very layered performance and feeling her characters pain and paranoia. Mariclare Costello is wonderful as Emily, the mysterious woman who comes into their lives and disrupts it. Jessica is strangely drawn to Emily, and this works extremely well as Lampert and Costello shared great on screen chemistry. These two performances shine through the film, while Barton Heyman and Kevin O’Connor are good, the film belongs to the women.

This is a very intriguing film, with an ambiguous ending that will surely leave viewers with a lot to ponder and wonder about. The film has some intense scares and there are moments of pure terror that come from the feeling it gives off. Let’s Scare Jessica To Death may be a divisive film, but it is quite the experience and would make for a good double feature with The Blood Spattered Bride (1972).