Hey everyone! Welcome to the 23rd edition of my Bad Movie Tweet-A-Thon series. As you already know last month here on SuperMarcey.com I posted up poll with three bad movies and I said that whichever one out of those three films had the highest votes, I would watch and live-tweet for this column. Well, the votes are in and you all have spoken. For this instalment of Bad Movie Tweet-A-Thon, you guys wanted me to watch and live-tweet… THE LOVE GURU! Will I figure out why the talented agreed to do this film? Did this film nearly destroy Mike Myers’ career? Read on and find out! Enjoy!

I know I’ve said this many times before, but I’m going to say it again. Is it too late for me NOT to watch this film? #TheLoveGuru

Wait… Is that Morgan Freeman doing the opening narration?! Why, Morgan?! Why?! You deserve better than this film! #TheLoveGuru

Yeah, that joke wasn’t funny at all, Mike Myers. Oh, man. The next 90 minutes are going to be filled with jokes like that, right? #TheLoveGuru

Stephen Colbert?! STEPHEN COLBERT?! WHY ARE YOU HERE?! #TheLoveGuru

Justin Timberlake’s character’s nickname is ‘Le Coq’. Hmmm… It can’t be a about his penis, that would be too easy of a joke. #TheLoveGuru

Well, I spoke too soon. Apparently it is. Wow, I didn’t see that obvious joke coming at all. Not! #TheLoveGuru

Yeah, I can totally by Jessica Alba owning a ice hockey team. Actually on second thought: no, I don’t. #TheLoveGuru

Geez, the camera stayed on Guru Pitka’s book for quite a while. That shot went on for at lest 30 minutes or so. #TheLoveGuru

Ahh, Hollywood. Where even the crappiest of film ideas can get made. #TheLoveGuru

Oh, dear God. Mike Myers, why did have to go and ruin Dolly Parton’s classic song ‘9 to 5’. This rendition of it is awful! #TheLoveGuru

Wait… Guru Pitka was a guru for the Beatles?! HOW OLD IS HE MEANT TO BE IN THIS FILM?! #TheLoveGuru 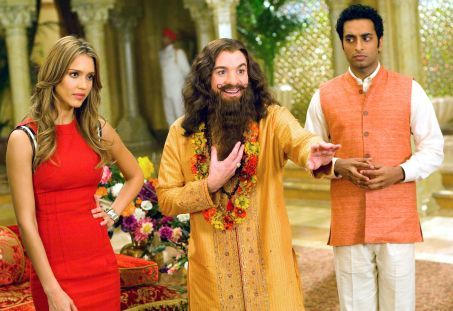 Butt flossing. Just what the world needed to see. Now I’ll never be able to unsee that. #TheLoveGuru

Now Guru Pitka has literally, and I mean LITERALLY shoved his own head up his own arse. I wish I was joking. #TheLoveGuru

John Oliver is in this film too?! WHY JOHN OLIVER?! WHY?! And he’s playing a guy named Dick Pants… AGGHH! #TheLoveGuru

Meanwhile 30 years ago in an unnecessary flashback… #TheLoveGuru

OMG! They CGI Mike Myers’ head on a little kid’s body?! THIS IS MOST CREEPIEST AND DISTURBING THING I’VE EVER SEEN!!! #TheLoveGuru

Ben Kingsley?! BEN KINGSLEY?! How many actor’s career must you keep destroying with this film, Mike Myers?! #TheLoveGuru

Of course Ben Kingsley is playing a guru who is crossed-eyed. Cause that’s totally hilarious… *sigh* #TheLoveGuru

Man, all the jokes in this film sound like jokes that I would’ve told when I was like 12 years old. Myers isn’t even trying #TheLoveGuru

Oh, hi Jessica Simpson! This is probably the best performance she has ever given #TheLoveGuru

“Who is this prick?” Ahh… It’s Guru Pitka, Verne Troyer. You at his seminar like 5 minutes ago #TheLoveGuru 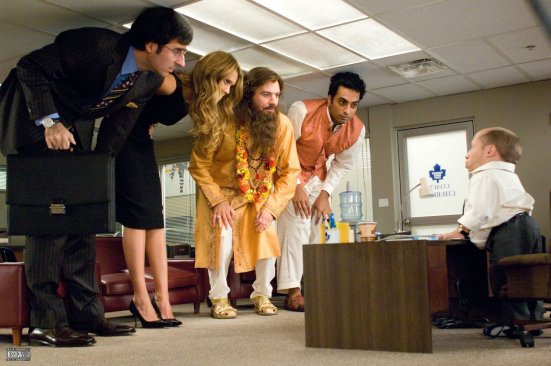 Wow… This film is very mean-spirited towards dwarf actors. #TheLoveGuru

Where on Earth is Guru Pitka pulling out all his books from? They just like come out of thin air. #TheLoveGuru

I don’t know about anyone else, but I want a remote control magic carpet. That would be awesome! #TheLoveGuru

Geez, there’s a lot of product placement in this scene. #TheLoveGuru 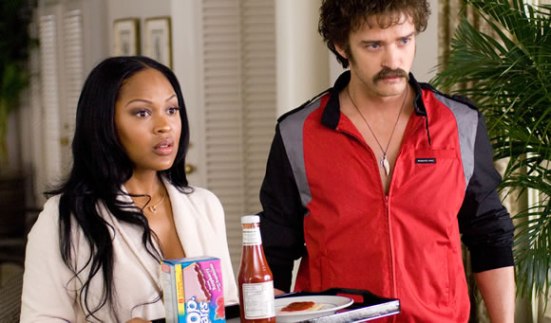 Can any of my Canadian friends/followers tell me if a Quebec pizza is a real thing? Cause I need to know! #TheLoveGuru

Say what you will about this film, but you gotta admit that Justin Timberlake is the best part of it all. #TheLoveGuru

An elephant just took a crap. It must be a metaphor for something, but I’m not sure what… #TheLoveGuru

Oh, man. Not another flashback. #TheLoveGuru

Ben Kingsley… You’re character just pissed into a bucket. Have you got any shame at all? #TheLoveGuru

Mike Myer just got hit in the face with a mop that’s drenched in urine… I’ve got nothing for that. Seriously, I don’t. *sigh* #TheLoveGuru

You want to know if a film is a product of its time? If a character in the film says, ‘Am I being Punk’d?’ #TheLoveGuru

Man, this film is so devoid of humour, that it has the power to suck the life of all the comedians that are in it. #TheLoveGuru 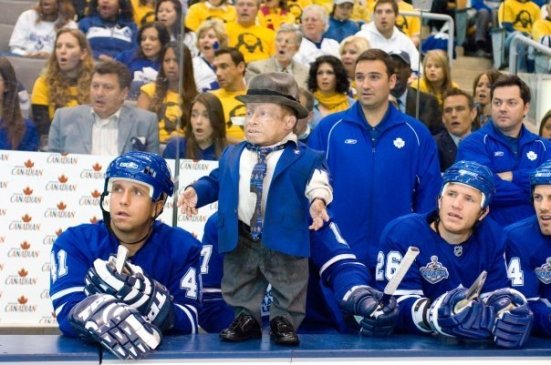 Verne Troyer’s character’s name is Cherkov, which is pronounced Jerk off. Yeah, the jokes are completely subtle in this film #TheLoveGuru

Yeah, I honestly don’t know what the point of that shower scene was. #TheLoveGuru

Why is Romany Malco dressed up as Michael Jackson? #TheLoveGuru

Oh, man. The facial expressions of extras in this bar scene are actually pretty hilarious #TheLoveGuru

Oh, hi Tosh from the show of the same name! #TheLoveGuru

Well, it wouldn’t be a bar scene if it didn’t finish off with everyone fighting at the end of it. #TheLoveGuru

Mike Myers just pulled a pool cue out of his butt. This film just keeps getting better and better as it goes on… *sigh* #TheLoveGuru

You know for a film that’s PG-13, there’s a lot, and I mean A LOT, of sex jokes. And very obvious ones at that. #TheLoveGuru 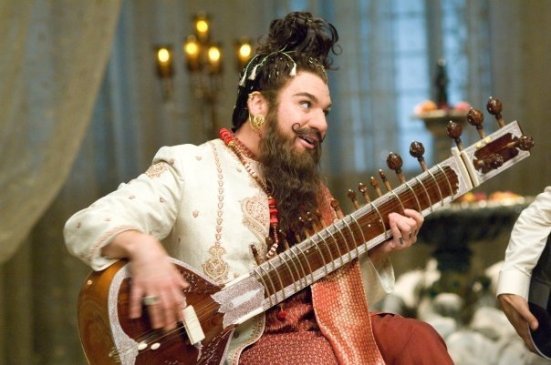 What the hell has Guru Pitka done to his hair?! It’s bizarre! #TheLoveGuru

Oh, geez. Did Mike Myers get all his jokes from a children’s joke book for this film? #TheLoveGuru

You know I got to admire Justin Timberlake in this film. He’s going all out when it comes to his performance. #TheLoveGuru

Yeah, I totally by the love story between Jessica Alba and Mike Myers in this film. It makes total sense. #TheLoveGuru

Sorry for the lack of tweets, I’m just was watching the hockey game that’s in this film #TheLoveGuru 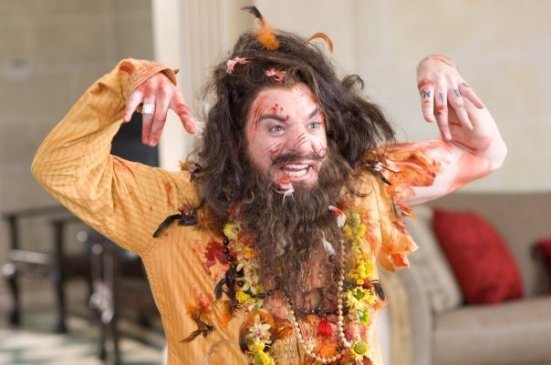 Great. Another dick joke. This film doesn’t run out of them, does it? #TheLoveGuru

I like how the score is basically an instrumental of the Extreme song “More Than Words”. #TheLoveGuru

Well, Jessica Alba. You sure showed that guy. #TheLoveGuru

Wow… This film found a way to make a joke involving the ‘C’ world. No joke

Guru Pitka has a plan that’ll save the day. I wonder what it will be? I hope it doesn’t involve two elephants. #TheLoveGuru

So… Guru Pitka’s plan to save the day is getting two elephants to have sex to distract people… Okay. #TheLoveGuru

Just when I thought that this film couldn’t get any lower, it finds a way to do so. #TheLoveGuru

Seriously, Mike Myers. Out of all the plans you could think off, you went with two elephants having sex? *sigh* #TheLoveGuru

Wait… Not only does Mike Myers play Guru Pitka, he also plays HIMSELF as well?! I can’t process this at all! #TheLoveGuru

Hey, Deepak Chopra! How do you feel about this film taking the absolute piss out of what you do for a living? #TheLoveGuru

Wait… ‘India, Present Day’? Other than the flashbacks, I thought this film was already set in the present?! #TheLoveGuru

Of course you can’t have a film like this, if doesn’t it end with a Bollywood style dance number #TheLoveGuru

Well, credits are rolling. Thank God that they are cause I don’t think I can stand watching this crappy film anymore! #TheLoveGuru

I hope everyone enjoyed reading this 23rd edition of my Bad Movie Tweet-A-Thon! Usually at this part of the aritlce, I would tell you about three bad films that’ll be up for consideration for next month’s 24th edition (which you would vote in a poll on this site). However I’ve decided that I won’t be posting a poll for that one. Why you ask? ‘Cause May actually marks the 2nd anniversary of my Bad Movie Tweet-A-Thon column. So I thought that to celebrate this special occasion, instead of asking you readers to pick which bad film I should watch and live-tweet, I would instead pick the film myself. So which bad film have I chosen for the 24th/2nd anniversary edition of the article? I’m going to be doing it one of my all time favourite bad movies: the obscure 1966 Japanese superhero film THE GOLDEN BAT! Keep a look out for it here on supermarcey.com in late May!