Quite often you’ll be browsing the New Release section and pick up an unfamiliar title because the cover looks interesting. You’ll read the blurb and find potential for a good movie. You may even know some of the actors. Should you rent it? First check for one of these warning signs…

Over the years Disney have accumulated a vast number of famous literay and folk tale characters, and seem to have no shame in knocking cheap, crappy straight to DVD sequels to their classics decades after the original films. Endless stories about the normally mute Tinkerbell now flood the market, joined by a truckload of crap merchandise. Put it back on the shelf and find the original.

Name dropping and other techniques will be covered later on, this is when a distinct visual reference is made in a cover design. If you’re stuck trying to market Viggo Mortensen’s passion project about a horse, or an old Tom Hanks clunker that never should’ve seen the light of day, just make it look like another Lord of the Rings or The Da Vinci Code movie.

Often there’s a pretty good reason why scenes are cut from a movie before they are released into cinemas, and that reason is often that they weren’t very good. Somewhere along the line dragging out the crappy bits and putting them back into the movie started being treated like a good idea.  Sure, you might occasionally get a funny gag that you didn’t see before, but it’s more likely that you’re going to get Zach Galifianakis’ wang.

It’s common to find ratings and quotes from critics splashed over posters and DVD covers. This is by no means a bad thing – it’s good to get a real persons opinion before spending your time and money on a film. The IMDb however is a public site, meaning any dimwit is free to write a review that can then be used to sell a movie. And I say dimwit because you’d have to be pretty dim to declare American Psycho 2 “better than the original!” 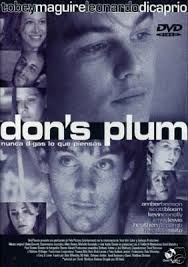 As soon as an actor hits the big time every low budget studio and distribution company takes the opportunity to dredge out a little scene or unreleased title that they’d left in a dusty cupboard because it was just as likely to earn money there as it would on the video store shelf. Sometimes they pass quickly into the bargain bin without any real impact, but sometimes they are so bad the talent involved actively try to shut it down (as was the case with Don’s Plum starring Leonardo DiCaprio and Toby Maguire).

This trick can take other forms, such as ‘Move over, (Blank)!’ or ‘Funnier than (Blank)!’, but they’re all trying to earn their success by riding the coat-tails of a movie that’s actually worth watching. It’s a cheap marketing ploy, but there’s no greater audience pull in the entertainment industry than big names. Pro tip – if you see another movie title being used in this way, find the movie they’re aping and rent that instead.

Is Cage a good actor? He can be, every third film or so. And he isn’t worth dismissing a movie over. If you’re wondering which whether or not you can rent it? Easy – if Cage is of on the side of the cover and has his face partially obscured, then rent it! 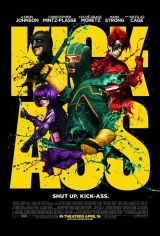 If, on the other hand, he is dominating the image, then put it right back on the shelf and leave the store. Quickly. Examples…

Wait…is his arm actually going into his shoulder?

Banking of the success of better films, this is usually a clear indication that the DVD you are holding is lacking in original or even coherent ideas. Smushing two good things together rarely produces something as good. Try it out using volcanoes and kittens.

2. From the Producer of…

For those not familiar with movie production hierarchies, the Producer is the person who runs and organises the whole project. They bring everyone together, make the deals and big decisions and keep the whole thing running. This generally isn’t going to make the movie any better, and usually means they don’t have any better names to put on the cover. The above example touts both Pan’s Labyrinth and The Orphanage, but there’s a difference between those movies and this one – you’ve heard of them.

The title looks familiar, but seems a little strange. The picture has all the right things in it, but something makes it look…cheap. Welcome to the works of The Asylum production company, a group who produces knock-offs that coincide with major releases in the hopes that people will pick the wrong one. Your copy of Battle: Los Angeles seem strange? Maybe it’s Battle of Los Angeles. If your copy of Thor is missing Chris Hemsworth, maybe you picked up Almighty Thor by mistake. And don’t forget the special effects epic Transmorphers and it’s sequel Transmorphers: Fall of Man.