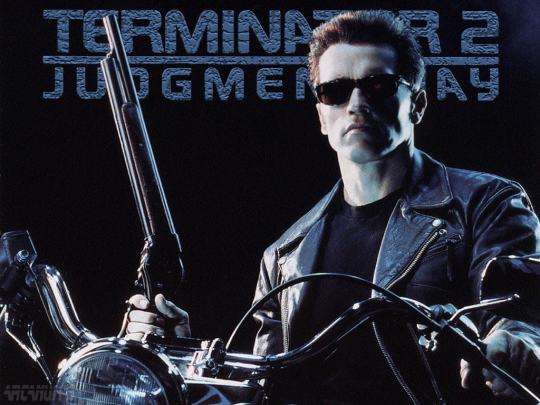 Thoughts on T2 since to write a paragraph would have me descend into incomprehensible praising;

– If a man comes into your house to tear off his arm and reveal a metallic endoskeleton underneath it, you would have to at least admire his commitment.

– Dogs further prove their superiority over cats. Your sacrifice was not in vain, Max The Dog. 😦

– The film challenges the notion that humans are unable to contain their appetites for violence and destruction by presenting the worst possible outcome then focusing on the trifecta of trust and compassion between John, Sarah and the Terminator.

– No matter how much of a badass you think you are, if a 6’2″ Austrian stranger comes up to you demanding your clothes, your boots and your motorcycle, just hand them over.

– Never lick the face of a woman who can rip you in half with her pinky and ring finger.

– Robots can be human too if you allow them to be. In the case of the Terminator, the Tin Man gets his heart.

– An interesting point of view is that for a while, as the machine becomes more human, doing everything in it’s power not to kill others meanwhile the human, Sarah, becomes more robotic and prone to cause violence.

– If a man is carrying a long box of flowers, don’t automatically assume they are for Valentines’ Day.

– Everybody who worked on this film made something beautiful and they should be eternally happy with their work.

– No, I never cry at the end of this movie, how dare you for even thinking I do, I absolutely do not get misty eyed when T-101 knows why people cry but that is something he can never do. I DON’T!!!!! 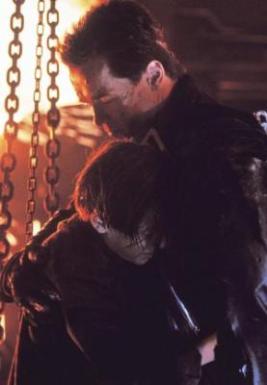