Although bothersome, ridiculous and downright nonsensical as Paul W.S. Andersons’ adaptation in name only of Alien Vs. Predator is, with the gift of reflection it’s not downright terrible with a side of repugnance that many hardcore fans may tell you. I am certainly not a massive supporter of this lackluster film with its mysterious aversion to building tension, showing violence and profanity (who honestly thought they could make a true blue AvP film within the PG rating?) but I would need to be placed under considerable duress to call this film truly loathsome in every regard. Plot holes, filled to the brim with inconsequential characters (seriously, could Bremmers’ character have BEEN any more annoying?) and absurd though it may be, it’s not the worst film of all time or even in the joint continuum of the Alien and Predator series… no, that is where Alien Vs. Predator: Requiem excels in and that is a review for another day. 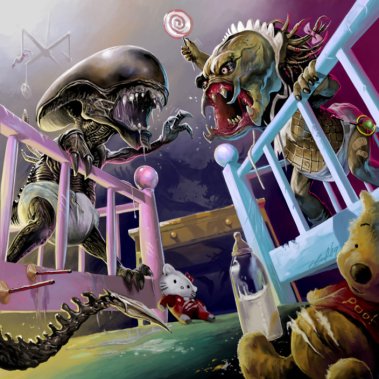 One thought on “[Bea’s Ranting Reviews] Alien Vs. Predator [2004] by Bea Harper”