The King Zone’s Book Club Podcast Episode 03
Discussing a Short Story and Teleplay with
The Word Processor Of The Gods and Sorry, Right Number 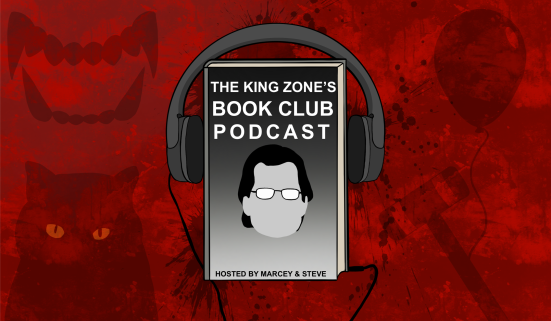 Welcome to this spin off podcast from The Super Network’s The King Zone Podcast with Book Club hosted by Super Marcey and Steven T. Boltz. Join Marcey and Steve as they take a literary journey with the written works of Stephen King. The podcast will focus on short stories, pairing up stories that compliment each other and will have the occasional episode covering a novella or novel.

Episode 03 of this spin-off podcast focuses the discussion on a short story and a teleplay with The Word Processor Of The Gods and Sorry, Right Number. Both stories were featured episodes of the horror anthology series Tales From The Darkside and they have been paired together due to their use of technology. Your hosts Marcey and Steve share their opinions on the two stories, both of which Steve has read and also seen the episodes for and it was the first time reading these for Marcey as well as having checked out of the episode (Sorry, Right Number).

Disclaimer: Marcey’s audio did not record correctly and this was not noticed until after recording was completed. In the post production process the audio has been modified as much as possible to correct the error, please keep this in mind as you listen.

* Welcome to the technology themed episode.

* Both Steve and Marcey couldn’t help but giggle over the beginning of The Word Processor Of The Gods.

* The logistics of the word processor are fascinating.

* Perhaps it is better not to go down the rabbit hole with a 10 page story.

* Sorry, Right Number was an original teleplay not previously based on a story.

* The teleplay may be better than the Tales From The Darkside episode.

* Ratings for each story.

* Coming up for Episode 04, Steve and Marcey will discuss the short stories of The Cat From Hell and Man With A Belly.

* And much much more!