If you were to ask any Hellblazer fan their Top 10 story arcs in the wild and hairy career of the Laughing Magician and sexy scouser John Constantine, chances are the seminal Dangerous Habits would most certainly be on there for good reason; it’s fantastic.

Dangerous Habits is a six-issue spanning story arc composed by Garth Ennis with art by Will Simpson published by DC Comics’ Vertigo imprint and to this day remains one of the milestones in the Hellblazer continuity.

Combating demonic and supernatural threats is part of Constantine’s vocation not because he enjoys it, but because he is good at it and with each of those jobs comes a risk which he knows he cannot ignore. However, as Dangerous Habits reveals, it is not the work of the metaphysical which will prove to bring his downfall, but his own body, a body, like loves and labors of his past, he has exploited.

Dealing with the very real concept of being sent to Hell due to his life of sin after sin, Constantine finds himself embarking on the mission of a desperate, dying man, overturning every way he can possibly avert his fate while coming face to face with his trespasses. From Newcastle to shattered relationships, John must come to terms with the fact he has not lived the life of a good man as his body deteriorates and the only thing he can do is frenziedly find a way to survive.

Artistically fitting, emotionally confronting, nihilistic and nearly hopeless, Dangerous Habits boasts a compelling, masterfully composed story, which is by no means the first, but one of the finest examples of how to put a central character into a situation of true mental jeopardy. While predictable displaying a hefty share of the mighty forces beyond the veil (the depiction of the Fallen are incredibly distinctive), this is by no means a story about what lies beyond, but what lies within and what lives within John Constantine is the fear of which we all face; how our mortal bodies will fail us, and when. 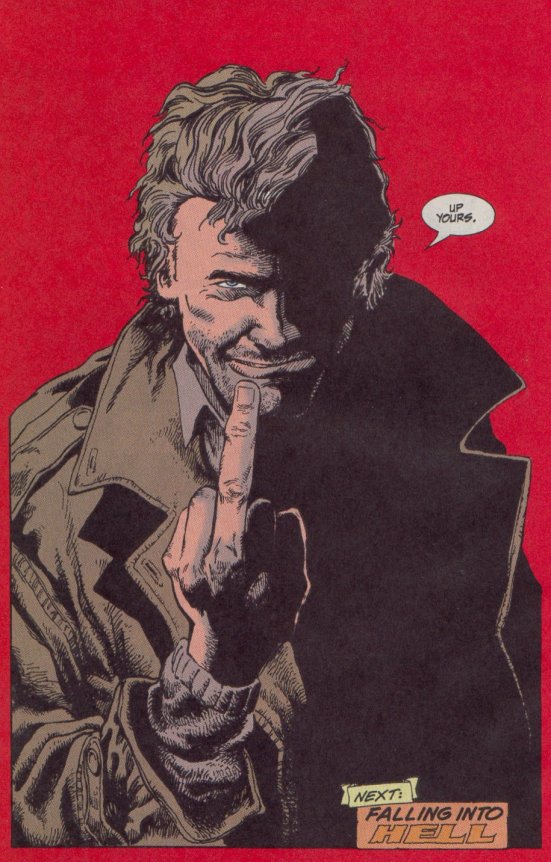