WARNING: Sensitive issues arise in this video. Buckle up.

You’ve heard of it all. Filthy, disgusting, depraved, heinous, morally repugnant, inhumane and cruel being one of many descriptors of this film that has garnered so much hatred from people who haven’t even seen it. Make no doubt about it, it is a brutal, horrifying movie, but it was not made solely to disgust or infuriate you, its aims are a lot more cerebral if exaggerated. Is the message heavy-handed? Indubitably. Could it have been more subtle? Sure. Will your eyes and ears require a stat order of acetone mixed with bleach afterward? Hell yes. But the thing that separates this from some of the glorious trash out there, rather than being cheap and nasty like the restrooms of a seedy strip joint, this is a legitimately well executed feature that is not only aware of itself, but also its audience. It has its aims firmly in view and a defined, if vile path to tread. To me, this is a film that speaks to us all, but that doesn’t mean all of us want to hear it for reasons I get into.

In saying that, it is not an easy movie to sit down and watch, and it really ain’t for everybody because it’s incredibly extreme and unflinching in its direct and blunt trauma approach. Plus, the lead actor looks like David Spade… that’s kinda horrifying. 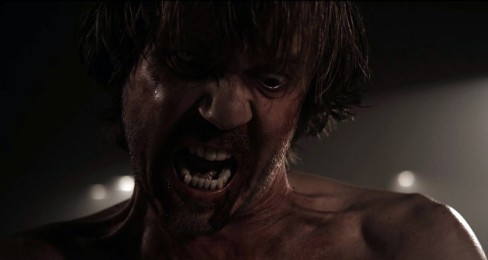