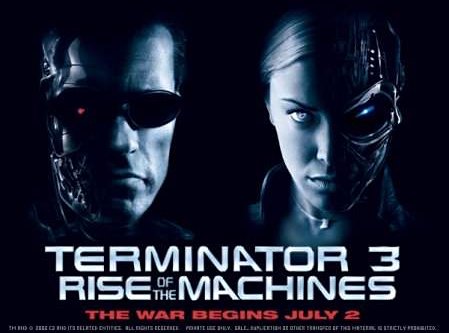 *Note- Mostows’ film is actually known as U-571. I blame the Derp Monkey for my incompetence.

What I appreciated story-wise about the film mainly takes place in the final third of the film when the action becomes its own entity and the stakes well and truly ramp themselves up. There is a sense of adrenaline, urgency and boundless energy that acts like a jolt to the heart after a relatively by the numbers (though entertaining nonetheless) first two acts. I also give credit to John Connors’ circumstances being explained in the beginning of the film, with the young man living off the grid and basically becoming a transient only to be dragged back into a destiny he thought he had defeated. The film is at most a pleasant mixed bag and at worst clumsy despite every good intention but there is still a sense that the movie is trying to do right by not only the world Cameron had previously established but tried to build up on its own which I feel is it’s most admirable trait.

Another fight scene that bears mentioning I neglected to note in this video; the bathroom throw-down between Arnie and Kristanna. Bonus points for hinting at the T-Xs’ vanity when she looks at herself as she passes by a mirror.