If you remember last month here on the site, my friend/podcast co-host/head honcho of this site SuperMarcey decided that in the lead-up to her 30th birthday that she was going to do a three-part article series called A Film For Every Year Of My Life. In this series, she picked one film from every year over the pass 30 years that had some major impact on her life. Marcey even suggested to me that I should do my own one as well since was also going to be 30 soon (at the end of November since you were asking). So here it is!

Just like the ones on Marcey’s list, the 30 films that I’ve chosen for mine are films that had an impact on my life. Whether I saw these films when I was a kid or full-grown adult, they made a major impression on me. Not just as turning me into a big film fanatic, but also the way they shaped me as a person as well. These films either made me laugh, cry, inspired, angry, scared, entertained, thrilled, excited and even open my eyes to things I’ve never known before. But interestingly enough, every single one of these films were my number one picks of their respective years. So without further ado, here they are!

Ahh, 1984. The year I was born. There were a lot, and mean A LOT, of classic films that were released during that year (seriously, I’m not joking. Look it up!). But definitely the best of all these amazing films was definitely GHOSTBUSTERS, which up there as one of my all time favourite comedies. It’s truly is a pitch perfect comedy in every way: the script, the performances, the characters, the story, the direction, the dialogue… ALL perfect. Also like all the best comedies, it still makes me laugh every time I watch it.

I’m not going to lie: THE GOONIES pretty much sums up my entire childhood. Out of the films that I saw when I was a kid, it was the one that I watched the most. Even as a full-grown adult, I still watch it. In fact it’s actually number 2 favourite film of all time. To me it’s the perfect family adventure film, and one that I always compare other films in the same genre to (try as some of them might, none of them have ever come close to being in the same league as this one). When I have kids one day, this will be the first film that I’ll be sharing with them.

If ask me what one of my all time favourite film franchises are, the ALIEN series would definitely be up there. While I’ll admit that the franchise as a whole is a bit of a mix-bag, but I still enjoyed them nonetheless. But without a doubt the best of the bunch is definitely the second film in the series ALIENS. I know that some people prefer the first more, but to me this sequel blows that one out of the water. Plus in this one, it further developed the character of Ellen Ripley (Sigourney Weaver) into one of the greatest film characters ever put on film. 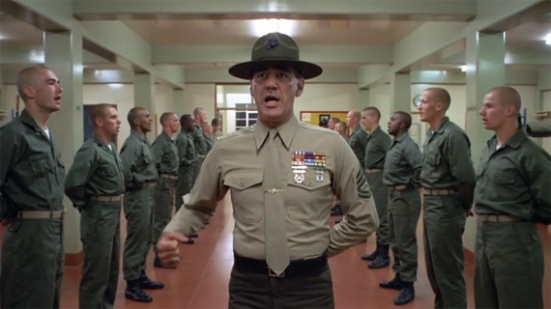 There have many amazing films about the Vietnam war (PLATOON, APOLAYPSE NOW etc.), but in my honest opinion that greatest one that delved into it was director Stanley Kubrick’s masterpiece FULL METAL JACKET (funnily enough, this is actually my favourite films of his). While it does follows the themes and ideas that other Vietnam war films explored in the past but in Kubrick’s hands, he makes it much more intelligent and disturbing (even darkly funny as well). It’s an incredibly haunting film that stays with you long after you have watched it. 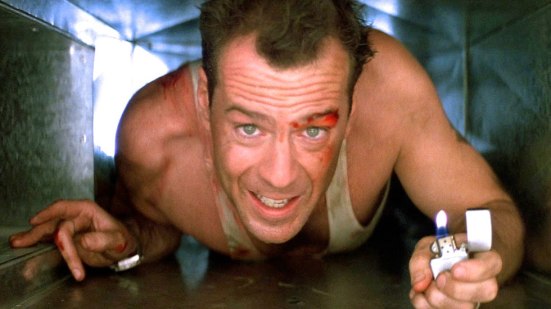 I think if you ask anyone what the greatest film of all time is, I guaranteed you that the first film that everyone would mention would be DIE HARD. Plus I don’t think anyone on the planet would disagree with that. This film where every single element about it works. The direction is superb, the script is sharply written, the action scenes are terrific, the villain was awesome etc. But the key that brings it all together, is Bruce Willis. Unlike what a lot of action stars were doing at the time, Willis brought a compelling vulnerability and ‘every man’ quality to his role of John McClane. By doing that with his performance, he elevated the film to the greatest action film of all time.

1989: INDIANA JONES AND THE LAST CRUSADE

Just like everyone on the planet, I love RAIDERS OF THE LOST ARK. But I must admit that I’ve always been a tiny bit more partial to the 3rd film the series INDIANA JONES AND THE LAST CRUSADE (which I think was just as fanastic as, and in some cases better than, RAIDERS). It was nice to see this entry go back to the same adventurous spirit of the 1st film, especially after the mean-spirited 2nd film TEMPLE OF DOOM (which I’ve never been a fan of). Plus what is also fantastic about this film, is the onscreen teaming Harrison Ford and Sean Connery. The idea of paring these two legendary actors was a stroke of genius and made the film even more awesome.

Martin Scorsese is one of my all time favourite directors. I love pretty much nearly all of his films, plus he one of the only few filmmakers out there whose entire filmography consists of most masterpieces. But without a single shrewd of doubt in my mind, his ultimate masterpiece is definitely GOODFELLAS. It’s an absolutely amazing and brilliantly crafted film on level: the cast (Joe Pesci deserved the Oscar for his fantastic and menacing performance), the script, the editing and the direction were all flawless. Dare I say I think it may be the greatest gangster film ever made (maybe more than THE GODFATHER).

What can I say about THE SIENCE OF THE LAMBS that hasn’t already been said billion time by now? It’s an absolutely amazing film that deserves its status as a classic. Even though I’ve watched it many times over the years, it still manages to keep on the edge of my seat (which something that every horror/thriller should do). As brilliant as both the script and direction are, it’s the Oscar-winning performances of both Jodie Foster and Anthony Hopkins that truly brought this film to life. It’s the factors alone that not only this film one of my all time favourite horror films, but one of my all time favourites films full stop.

When I think of what is one the greatest debut films of all time from a new director, one of the first ones that come to mind is RESERVOIR DOGS. Overnight writer/director Quentin Tarantino went from being a young film buff working in a video store to becoming one of the most popular directors of the past 20 years. While his directing debut was homage to the films that he loved growing up, but it also introduced us to a fresh and truly original voice that we never heard in films before. Every from the script, the direction, the cast and most importantly the dialogue, help make the film become instant classic and cemented Tarantino as a director to watch.

I have to say, it was a struggle to figure out what my number 1 film of that year. Director Steven Spielberg made two films from that year (JURASSIC PARK and SCHINDLER’S LIST) that would both go on to become masterpieces for completely different reasons. I always go back-and-fourth which I think was the best (honestly, comparing the two films is like comparing apples and oranges), but in the end I always pick JURASSIC PARK. Why? Because it’s the one that means a little be more to me. I remember seeing this film with my family at the cinema when I was a kid, and I can tell that it scared the absolute crap out of me. Even despite being scared by it, I loved it regardless. It’s brilliantly put together,mentor twining and thrilling blockbuster that still has some of the most awe-inspiring CGI effects I’ve ever seen (some of today’s blockbusters still haven’t come close to what this film did). Even though the dinosaurs in this film were either done with animatronics or created in a computer, Spielberg was able to make them feel like actual flesh and blood creatures that you swore you were looking at real dinosaurs.