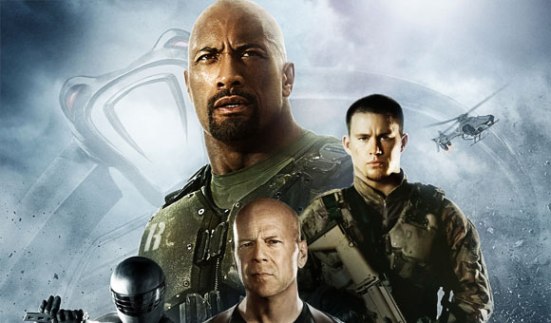 I will not lie, I enjoyed G.I. Joe: The Rise Of Cobra – it was a fun film that I do like to re-visit from time to time. I was pretty excited when they announced we were getting a sequel. I got even more excited when I laid my eyes on the first trailer, which was action packed and felt like it was going to be a blast.

We might be a few months away from G.I. Joe: Retaliation (hurry up I want to see it), but the goodies for the film are coming our way! A brand new poster has been released, and guess what? I have it for you right here to see in it’s full glory below.

You can also check out the synopsis and cast list, and mark down March 28th 2013 on your calender’s as that is when it will hit Australian screens.

Synopsis: In this sequel, the G.I. Joes are not only fighting their mortal enemy Cobra; they are forced to contend with threats from within the government that jeopardize their very existence. The film stars D.J. Cotrona, Byung-hun Lee, Adrianne Palicki, Ray Park, Jonathan Pryce, Ray Stevenson, Channing Tatum with Bruce Willis and Dwayne Johnson. Directed by Jon M. Chu, and produced by Lorenzo di Bonaventura and Brian Goldner, from a screenplay by Rhett Reese & Paul Wernick based on Hasbro’s G.I. Joe® characters. 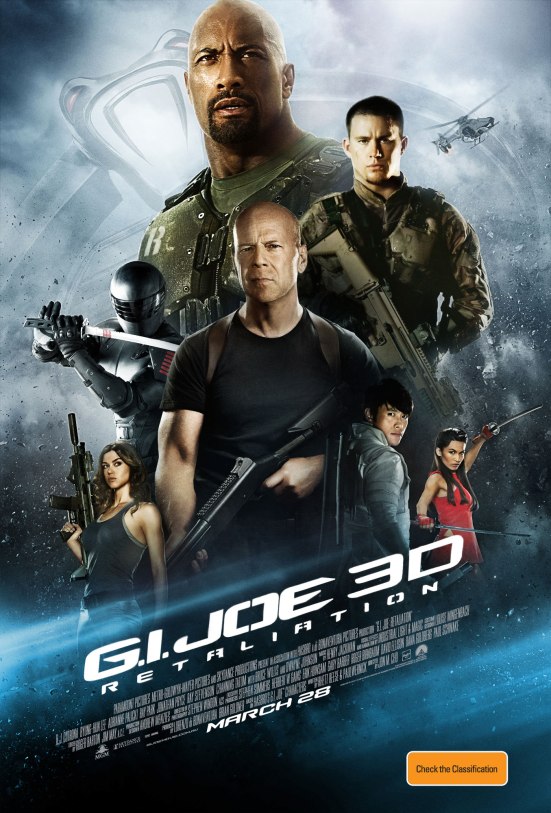