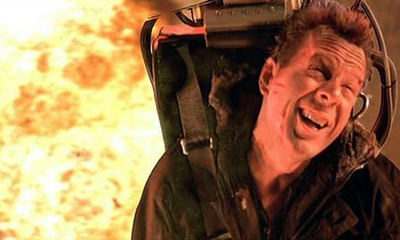 You know a lot of people may choose the first “Die Hard” movie as their favourite Christmas time action flick but I’ll always be the first to say that the kick-ass Renny Harlin sequel is my go-to flick for blood, bullets, one-liners, ventilation ducts and Father Christmas. I also think for many reasons that “Die Hard 2: Die Harder” is the best of the trilogy (sorry, not including the 4th for obvious reasons) with a terrific villain played by William Sadler, amazing action scenes, Bruce Willis at his finest and one of the best finales ever. All McClane wanted this Christmas was egg nog, a Christmas tree, a little turkey and hopefully some well-deserved one-on-one action with his wife Holly after tucking the kids in. What he gets instead is shit loads of slippery cold snow, mercenaries, an asshole police captain, a drug kingpin and driving an ice pick into a mother-fucker’s eye. Nothing says Christmas like John McClane baby! 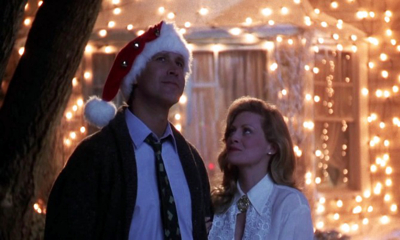 What more can I say about this holiday classic that hasn’t been said already? There’s a reason that this classic holiday comedy will forever remain required Christmas viewing and that’s because it still remains relevant to this very day. It’s the classic story of a father trying to provide the perfect festive Christmas for his family despite money problems, siblings that drive you fucking crazy, giant trees, squirrels, dogs drinking the tree water and an asshole in his bathrobe emptying a chemical toilet into the sewer. With some of the most quotable dialogue in cinematic history plus a hilarious performance from everyone involved, this movie is one I’m confident to say I’ll be watching when I’m old and wrinkly. Best of all though is that in the end it’s not about trying to give your family the perfect Christmas with gifts, turkey and 25,000 imported Italian twinkle lights. It’s all about simply being a family and being there for each other that are the most important parts.

How the Grinch Stole Christmas

No I’m not referring to the travesty that was Ron Howard’s live action remake of THE GRINCH back 11 years ago. I’m referring in fact to the classic 1966 TV film of Dr. Seuss’ famed tale involving the small citizens of Whoville and the grumpy old Grinch who plans to steal Christmas away from them out of spite. With such an amazingly simple story which contains such a powerful and everlasting message in the end, “How the Grinch Stole Christmas” will forever be a timeless holiday classic for our children’s children’s children. This is of course because of its terrific animation of the time, brilliant musical numbers and finally the incredibly enduring narration of late actor Boris Karloff. The film blew my mind when I was a little guy and still puts a happy grin on my face even now. I can’t wait to watch it with my own kids one day. 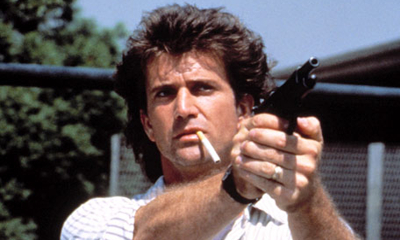 Can you think of another movie in history that starts off immediately with “Jingle Bell Rock” playing happily in the background while witnessing the horror of a woman committing suicide off the side of the building due to taking an extraordinary amount of heroine? Well “Lethal Weapon” is the only flick so far that accomplished that feat perfectly as it takes one of my top spots for the holiday season. Along with “Die Hard 2”, this buddy cop classic is one of my favourite Christmas movies even though you’ll never see a drop of snow in sunny California. However it’s very festive as we watch a young Mel Gibson as the legendary Officer Martin Riggs while he’s offered a free Christmas tree by cocaine dealers after he gives them a hundred thousand dollars for the drugs. Does it get any more festive than that? The Christmas side of the film also plays an important part for Riggs as it forces him to think about the wonderful wife he lost not long before as he decides his own fate looking down the barrel of his own gun. It’s a very dark film for sure but also my favourite buddy cop film of all-time and a classic that I never miss during the silly season.