Welcome back to The Super Podcast folks, with a special bonus horror themed episode of our world famous Audio Commentaries in honour of the Halloween season!

Your trusty co-hosts Super Marcey and Bede Jermyn are not alone for this one, as they have invited back good friend Hayley Caldwell to join the show. For this one, the hosts decided to subject Hayley to a hilariously awful and insane horror film they’ve both seen, which is the infamous 1981 Italian zombie film Burial Ground (which also was the subject of a past edition of Bede’s Bad Movie Tweet-A-Thon column. You can read that here).

* We welcome Hayley back to the show and we already regret making her watch this film with us!

* The 12 year old kid Michael, who’s played by a 25 year old actor, is scarier than any of the zombies in this film

* Why does the zombie make up look they like play-doh on their faces?

* The score for this film is weird

* Are the zombies smarter than the human characters in the film? Yes. The answer is yes.

* Just like the film, our commentary gets more and more insane as it goes on

DISCLAIMER: This audio commentary isn’t meant to be taken seriously, it is just a look at a classic film. It is for entertainment purposes, we do not wish to offend anyone who worked on and in the film, we have respect for you all. 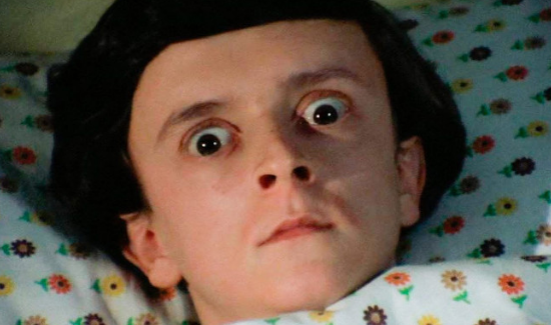