Another day, another night of Pro Wrestling to absorb and enjoy. Not since the 90’s have we had so much wrestling programming to choose from and enjoy. All Elite Wrestling has come along and given the fans of pro wrestling the variety that they have been hungry for. Tonight is the first night we are covering the company that is making waves. That much is undeniable. Myself personally? I’m digging it. Here is the first ever Tweet-a-Thon covering AEW

Love that @CMPunk adopted jumping into the crowd. It epitomizes how much he’s fallen in love with this again. #AEWDynamite

Man, for a while, @AdamColePro could spit on their mamas and the crowd would still love him. For good reason. #AEWDynamite

It’s been a while since I’ve seen somebody in control of a crowd like @The_MJF. Dude is a master storyteller. #AEWDynamite

That first tag match was great, @lucha_angel1 stands out for me. Something about the guy. Would love to see him and @CMPunk tear it up one day. #AEWDynamite

Rosario Dawson may have been random as hell, but her presence made sense. Good to see @CodyRhodes on TV again! Pumped for his match with @TommyEnd. #AEWDynamite

I’ll just say I loved @YTAlexReynolds coming in and calling out @annajay___ getting interrupted. Let’s let these women really start to make an impact in AEW. That said, good slow burn with this whole Dark Order thing. #AEWDynamite

I love to hate Dan Lambert. Great segment that they filled their ‘shit’ quota on. I don’t think the crowd singing the @IAmJericho theme will never not give me chills. #AEWDynamite

Wiping off Darby’s face paint was one of those brilliant psychology moves. #AEWDynamite

The ability @bryandanielson has to build a match/feud has always been admirable. #AEWDynamite

All in all a good episode of #AEWDynamite. They’ve done a great job building up their supershow, they are definitely bringing the heat and putting their best food forward to apply the pressure. Keep doing what you’re doing everybody. @AEW. 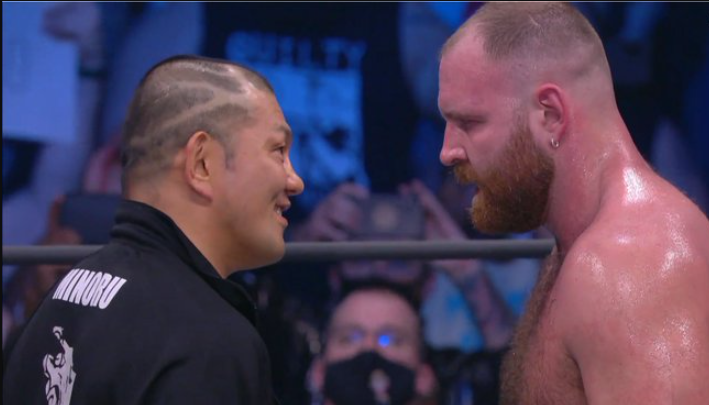