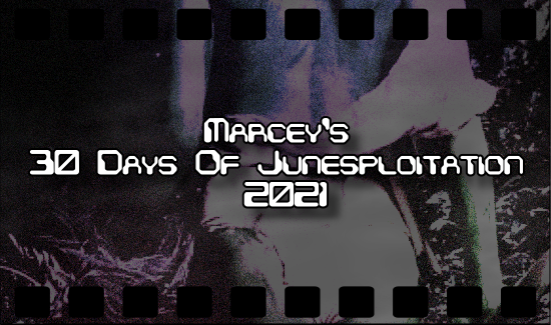 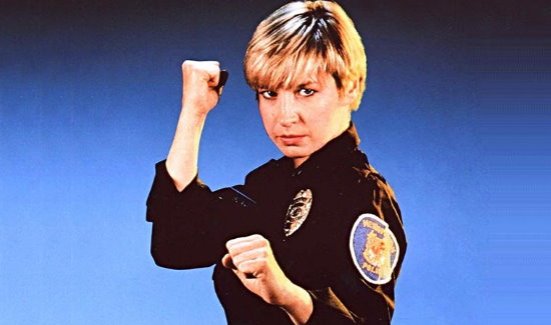 Junesploitation continues with Day 23 and the prompt ’90s Action’ and the perfect type of film to add into the viewing list is one starring Cynthia Rathrock, and the film chosen for the prompt is Martial Law (1990). This is a fun action/martial arts/crime film, with Chad McQueen as Sean Thompson the lead along with Rathrock as Billie Blake, who play cops that also are accomplished martial artists. The plot is very silly, the pair aim to take down a criminal boss Dalton Rhodes (David Carradine), who is also a master of martial arts with a deadly technique called ‘dim-mak’ and he uses dojo’s to recruit muscle for jobs, and Sean’s younger brother also happens to work for the crime boss.

The film itself may not be technically sound, the acting may be a little off in parts and the pacing suffers through the middle, but it absolutely makes up for its short comings with how enjoyable and engaging it all is. Having Carradine as the lead villain was a smart move, he chews the scenery at every chance and oozes that smooth charisma, in short he’s great. Philip Tan as his right hand man Wu Han is the MVP of the film, he lights up the screen whenever he’s on screen and he played the character in such a way that he ends up being one of best aspects. McQueen and Rathrock are both fairly solid, the pair share strong chemistry on screen and are able to not only handle the action but the more emotional side of things.

Martial Law is a very solid early 90s lower budget actioner, the fight scenes are great (look out for Rathrock versus Benny ‘The Jet’ Urquidez) and the drama side works just enough. This is definitely a film for those who enjoy their 80’s and 90’s action/martial arts films, plus fans of Rathrock should check this out if they haven’t, it’s an easy watch and a memorable watch for Junesploitation. 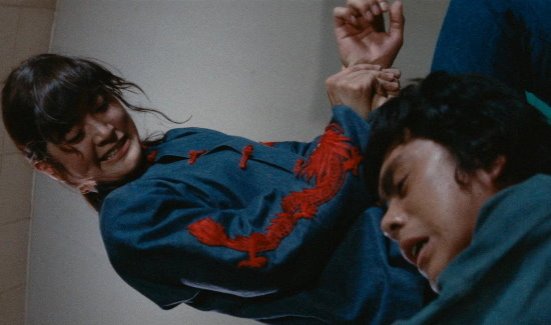 As with the other days with ‘Free Space’ for Junesploitation, a female led film has been chosen to watch and this time we go back to the 70’s with the Japanese martial arts film Sister Street Fighter (1974) starring Etsuko Shihomi as Koryu. The film is sort of a spin off to The Street Fighter (1974), which starred Sonny Chiba (who also has a small role here), with inspiration and elements of Enter The Dragon (1973). The film is some what goofy, however this just adds to the charm, Sister Street Fighter is a rather entertaining film.

Koryu is a martial arts champion, her skills come into use when her brother Gyokudo (Hiroshi Kondô) goes missing and he sets out to find him. It turns out her brother was an under cover agent trying to infiltrate a drug lord’s heroin operation, Koryu will stop at nothing to find her brother and put a stop to the drug operation. Etsuko Shihomi is the star of the film in more ways than one, she absolutely carries this film from beginning to end and tops it off with some excellent and crazy fight scenes.

It is refreshing to get a female lead in a martial arts film, but also one who is never at all sexualised and is shown as strong and resilient. The villains are incredibly over the top, hard to take seriously, especially when they have death scenes, the facial expressions alone will get a lot of laughs. However this all some how works in the films favour, it doesn’t take itself too serious despite the violence and drug themes, it’s almost self aware about how goofy it is. As mentioned Sister Street Fighter is an entertaining film with fun fight scenes and worth watching for fans of the genre or those who want to see a strong female lead kick all the ass.

Please check out FThisMovie.net, with many thanks to the crew for the concept of Junesploitation and some excellent prompts for 2021!