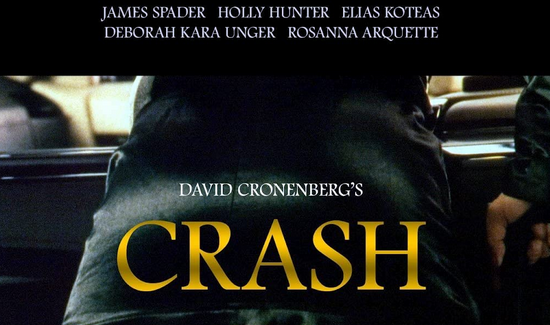 Welcome back to another episode of The Super Podcast Fan Voted Audio Commentary!

Join your hosts Super Marcey and ‘The Terrible Australian’ Bede Jermyn as they welcome first time guest Mike D from Splathouse and The ScreamCast to the show. For April’s Commentary Poll at The Super Network FB Group the theme was ‘Controversial Films’ and our fans/members had quite a few choices this month, but in the end David Cronenberg’s Crash (1996) won the poll.

* We welcome Mike to the madness that is The Super Podcast

* Marcey is a little scared about watching the film with other people.

* We all go on a lot of strange tangents!

* The themes and symbolism of the film get discussed.

* So we want to remake Crash, with Fred Durst and the team from The Fanatic …

DISCLAIMER: This audio commentary isn’t meant to be taken seriously, it is just a look at a classic film. It is for entertainment purposes, we do not wish to offend anyone who worked on and in the film, we have respect for you all.

The Art Of MP Patreon