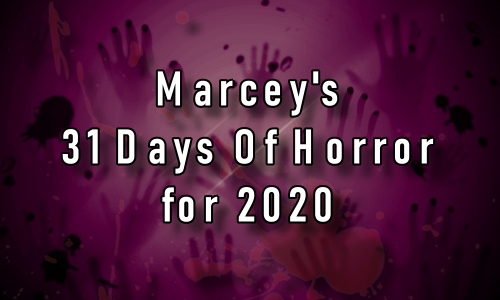 German expressionist cinema was quite popular back early in the 20th century, with films such The Cabinet Of Dr. Caligari (1920), Nosferatu (1922) and Metroplis (1927) perhaps being the three best known ones. They are considered classics, and much loved even today, as the German expressionist movement is still quite a fascinating subject. 1924’s Waxworks is a perfect example of that movement, representing many aspects of expressionism and surrealism, showcasing images that are memorable and impressive considering it was made in the early days of cinema and it still looks stunning almost 100 years later.

Waxworks tells the story of an unnamed poet (William Dieterle) who gets hired to write stories for a Wax Museum’s three main characters, Caliph of Baghdad (Emil Jannings), Ivan the Terrible (Conrad Veidt) and Spring-heeled Jack (Werner Krauss). The writer immediately becomes infatuated with the Eva (Olga Belajeff), the daughter of the Museum’s proprietor, and he pictures them both in the stories he writes about the three figures. The film is an early example of anthology cinema, with three separate segments that flow with the main wrap around.

The entire film is a visual delight, from the costumes to the set pieces, it is extraordinary to see such thought go into every detail, and ensure the visual elements led the way from not just the actors but everything you see. There is not a dull moment to be seen, the sets and design look and feel surreal, while there is a very creepy undertone throughout. The wrap around moments are only short, the main segments are the real focus, with the middle one about Ivan the Terrible being the best of the three.

The first segment perhaps is the weakest, but the style of it keeps the audience engaged, visually it is intriguing and the costumes are impressive. Olga Belajeff is quite excellent as the baker’s wife in this story, her best work in the film. The second segment belongs to Conrad Veidt as Ivan the Terrible, this segment is the most horrific and intriguing, it features William Dieterle’s best work in the film also. Again the costumes here are remarkable, truly impressive work, and the visuals are utterly terrifying in parts. The last segment is the shortest and the most surreal, it is quite an unsettling one, and handled extremely well.

While Waxworks isn’t as well known as other silent films of the 20’s it is an impressive one, a highly visual ride from start to finish, it is a must see for those who appreciate the silent era and German expressionist cinema. 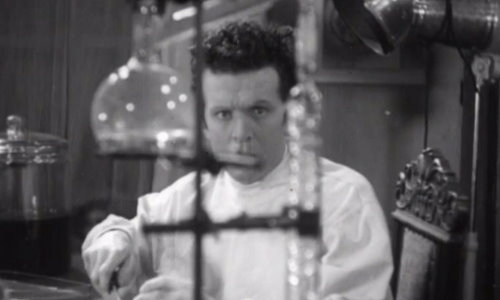 The early days of exploitation cinema are interesting ones, the strange films that came out warning about the dangers of sex and drugs, Reefer Madness (1936) for example are rather laughable these days. Dwain Esper was perhaps a lesser known filmmaker working in exploitation in the early days, with films like Marihuana (1936) and Narcotic (1933) perhaps being the most well known ones. Maniac (1934) however is a strange one, it isn’t a film made to talk about the dangers of something, it really is pure exploitation, challenging the Hayes Code of the time by putting in nudity and violence. The end result is one that is laughably bad, in fact Maniac does make Bride Of The Monster (1955) seem comprehensible in comparison.

The story here centers around a former vaudevillian performer Maxwell who is a gifted impersonator, helps a mad scientist Dr. Meirschultz who obsesses about reanimating the dead. Maxwell getting in deep with the doctor murders him during a confrontation with an experiment and assumes his identity. In doing so Maxwell begins to go mad himself and begins to bring others into danger.

At only 50 minutes Maniac is not a long film and at times it does feel much longer than that. There aren’t many redeeming aspects to this film, the performances are well and truly over the top, the direction is all over the place, at points the film is hard to see and the camera angle’s do this no favours either. The plot is more complicated than it need be, and there are some scenes so bizarre they just need to be witnessed. The film does contain acts of violence and some nudity, which does feel rather strange for an early film, however Esper was trying to push through boundaries but they simply just don’t work.

At times the film feels like it was trying to be serious, at other times it almost feels like a parody of itself, it is undecided on what it ultimately wanted to be. There are cards through the film that talk about different mental health disorders as it tries to be educational, but it isn’t as they don’t truly reflect what is happening in the film. The end result is a big mess, one that has moments of pure unintentional comedy and others that are fairly dull. Maniac is neither unsettling nor scary, it does have it’s moments of enjoyment (the two women fighting with syringes for example), however it is not a good film. One of the worst ever made? Not quite, but it does sit up there with the films of Ed Wood and memorable for all the wrong reasons.