Welcome to this Podcast series from The Super Podcast with The King Zone! This podcast series is all about the adaptations of Stephen King, from the cinematic films, mini series and TV movies!

Your trusty hosts ‘Super’ Marcey Papandrea and ‘The Terrible Australian’ Bede Jermyn are back with episode 4 of The King Zone Podcast, in this episode we the two King films that starred Drew Barrymore with Firestarter and anthology film Cat’s Eye.

Firestarter (1984) is an adaptation of the book of the same name from director Mark L. Lester, starring Drew Barrymore, David Keith, Martin Sheen, George C. Scott and Freddie Jones. Cat’s Eye (1985) is another anthology film based on two King short stories and an original story, directed by Lewis Teague. The three stories included are Quitters Inc, The Ledge and General.

* What works and what doesn’t work with Firestarter

* Stephen King wasn’t much of a fan of Firestarter

* How Drew’s performances differ from both films

* We break down the different segment’s in Cat’s Eye

* Quitters Inc. a little too disturbing

* Why The Ledge was so intense

* Are cats and trolls natural enemies?! 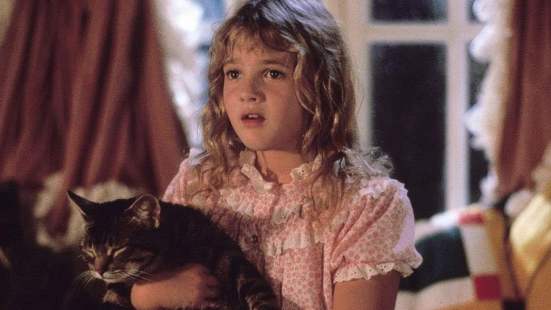