Hey, everyone! Welcome to my 64th edition of my Bad Movie Tweet-A-Thon series! I have sincerely apologise once again for the lateness of this edition. I was going to have this on the site at the end of September as I originally planned but I was busy with both work and other stuff in my personal life, so I didn’t get the time to do it until now. As you already know last month here on SuperMarcey.com, I posted up poll with three bad movies and I said that whichever one out of those three films had the highest votes, I would watch and live-tweet for this column. Well, the votes are in and you all have spoken. For this 64th instalment of Bad Movie Tweet-A-Thon, you guys wanted me to watch and live-tweet… CROSSROADS! How does this compare to other similar films like GLITTER or FROM JUSTIN TO KELLY? Did singer Britney Spears really need own vanity film project to star in? Read on and find out! Enjoy!

I know I’ve said this many times before and I’m going to say it again, is it too late for me to *not* watch this film? #Crossroads

Remember when MTV also produce films? Those were the days… #Crossroads

Even though this was a vanity project for Britney Spears, it’s funny how there was a LOT of future talent in front and behind the camera: Zoe Saldana, Justin Long, Anton Mount, Taryn Manning and even major TV writer/producer Shondra Rimes write the script for this. #Crossroads

We’re not even two minutes in and we’ve already got a scene of Britney Spears dancing around and singing a Madonna song in her underwear. Clearly this scene in here just for teenage boys and as well as a sign that’s its down hill from here. #Crossroads

Oh, Dan Ackroyd. Will you ever stop appearing in my Bad Movie Tweet-A-Thon articles every 10 months or so? #Crossroads

I like how Britney is meant to the big nerd in high school despite the fact that she looks more like she would fit in with the popular girls. #Crossroads

What the hell is up with Justin Long’s tie? It’s just weird looking. #Crossroads

Geez… Gamora is so mean to Britney in this film. #Crossroads

I just find it very hard to believe that Dan Aykroyd would the father of Britney’s character. It’s casting that doesn’t make any sense. #Crossroads

It’s weird how in 2002 alone, Taryn Manning starred in two films that had a major music talent in the lead role (this film and 8 MILE with rapper Eminem) and she played a character who was pregnant in BOTH. #Crossroads

Oh, dear. Britney and Justin Long are going to have sex. At least attempt to. #Crossroads

Yeah, I’m sorry. Justin, if you’re going to have sex with someone for the first time, please don’t play “Let’s Get It On” by Marvin Gaye. It’s just makes things weird and awkward and cringe-worthy. #Crossroads

You know what? I can totally buy Britney and Justin playing characters who have never had sex. Their interactions feel very believable. #Crossroads

“How’s the fetus?” … What?! Who says that to a pregnant woman? Man, this dialogue. #Crossroads

Wait… Zoe’s character is 18 years old, engaged, planning a wedding and her fiancé is in collage… My God…

My favourite BTS story about this film is that Anson Mount was auditioning for this film, he read his lines with… Wait for it… Robert De Niro, who played the Britney role. #Crossroads

Hmmm… I wonder why they chose an ‘NSync song for Britney to sing in this driving scene? Ah, huh. I see what you did there film.  #Crossroads

Oh, man. This motel room would be most suited in a David Lynch film than it would this one. #Crossroads

Nice of choice of music in this scene. Very, very subtle. #Crossroads

Alright, new game, everyone: take a shot every time Britney says ‘Y’all’ during this film. Guaranteed to be blind drink by the end of it. #Crossroads

I’m just going to come out and say it: Taryn Manning’s character Mimi is the best and most interesting one in this entire film. Plus she actually gives a decent performance as well. #Crossroads 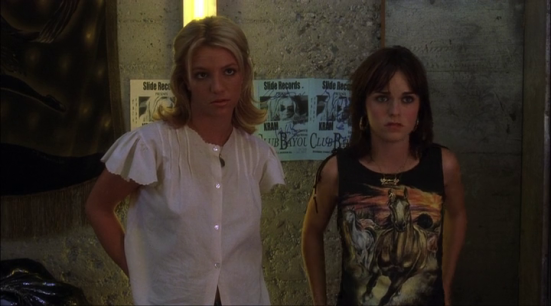 Yeah… This is not how a karaoke event usually works. I should know. I’ve been to a few. #Crossroads

Of course Britney’s quiet and nerdy character would be the one who’s secretly a talented singer. Who didn’t see this coming? #Crossroads

You know if Joan Jett, who’s still very much alive, was actually dead, she would be spinning in her grave after hearing Britney’s tale on her classic song “I Love Rock ‘N’ Roll”. #Crossroads

Yeah… This dancing isn’t awkward at all. #Crossroads

Yep! Better make sure to get that product placement in there with that Pepsi can. #Crossroads

Brace yourselves, everyone. We’ve got some deep meaningful heart-to-heart conversations coming. #Crossroads

It’s funny despite how Britney and her friends have been up all night drinking and partying, they still look perfect the next day. #Crossroads

Wait… You have to drive through Texas to get to California? That doesn’t seem right. Oh, I almost forgot… #Crossroads

I don’t know about anyone else, but I have a feeling that these random scenes where the characters are singing as they are driving, is just excuse to watch Britney sing. #Crossroads

Umm… Anson Mount’s massive tantrum that he is having right doesn’t make any sense. Than again, so does this film film. #Crossroads

Is just me or does every road trip film has to have a scene where the characters walk over to a cliff and pear over the setting sun? It seems like it. #Crossroads 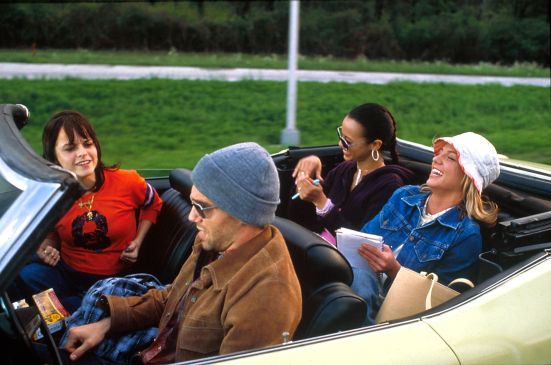 Britney likes writing poems. Of course the one that she’s currently working is going to be turned into an actual song by the end of this film. #Crossroads

Uh, oh. Britney is going to meet her absentee Mum. This is not going to end well. #Crossroads

Wow… We were going to have a hard hitting scene of why Britney’s Mum walked out on her and the filmmakers decided to skip entirely over it. Thanks, movie. Boo! #Crossroads 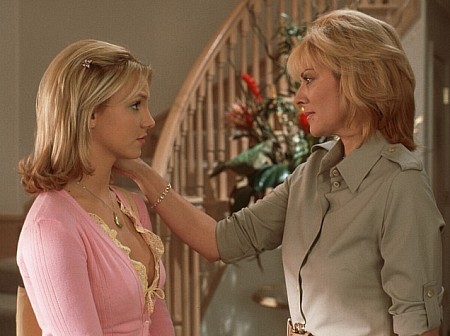 Kim Cattrall must have been paid a lot of money to come in to do this pointless 2 minute scene. #Crossroads

It’s good that Anson Mount is also a musician so that he can turn Britney’s poem into a song. Not a coincidence at all. #Crossroads

“Not A Girl, Not A Woman”… Definitely not songwriter and talent singer in her own right Dido’a finest work that’s for sure. No wonder she gave it to Britney to sing for this film. #Crossroads

My God! Stop singing every damn song in the radio and get to California already! #Crossroads

Remember how we use to wear those fisherman’s hats like Britney does on this film back during the late ‘90s-early ‘00s? We wear so young and naive with fashion back then. #Crossroads

Yeah… Zoe if you’re fiancé too busy to meet up with you while you’re in the same city, he definitely doesn’t want to see you. Just saying. #Crossroads 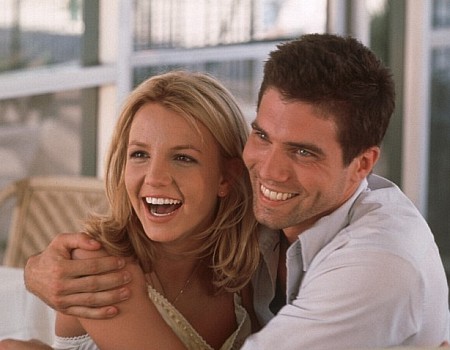 Ahh, Britney and Anson. If you’re going to have sex with each other, it might be a good idea to close that curtain. #Crossroads

Geez, it took Zoe and Taryn a while to get the college where Zoe’s fiancé is at, it’s already dark out and they were on their way there around midday. #Crossroads

Omg! Zoe’s fiancé was the one who got Taryn up the duff?! This is a twist that I did not see coming! #Crossroads

Oh, no! Taryn has falling down the stairs and has lost the baby! Well… This film has taken a completely serious and dark turn

Why does Dan Aykroyd sound like Foghorn Leghorn when talks angrily? #Crossroads

So… much… emotions! #Crossroads

“I can’t believe this trip is over” “Doesn’t it feel like a million years ago?” Funny that’s how long feels like I have been watching this film. #Crossroads

It’s weird that we’ve had this very traumatic event with Taryn losing the baby and it’s completely forgotten about a few minutes later. It’s bizarre. #Crossroads

Yep, Britney’s character has finished and has become the singer she was meant to be… Britney Spears. #Crossroads

Okay, this final scene of Britney singer her song is just one long music video. #Crossroads

Well, that’s end of the film. I think that this Britney gif above pretty much sums the entire film as a whole. #Crossroads

I hope everyone enjoyed reading this 64th edition of my Bad Movie Tweet-A-Thon! Keep a look out in late October for my special Halloween themed 65th edition, which could one of the following three bad horror films: THE BYE BYE MAN, FRIDAY THE 13TH PART V: A NEW BEGINNING or SLEEPWALKERS. Which one will it be? Vote on the poll which will be posted on SuperMarcey.com soon!