Review:
Have you ever wondered what comes after the ‘Happily Ever After’ in fairy tales? Does such a thing even exist? Perhaps it does in certain ways, however after the ‘happy ending’ we don’t know what happens really to the heroines of the story. Did Cinderella rule the Kingdom with her Prince, did they have children? Did Sleeping Beauty really remain happy with her Prince, and was evil fully vanquished? What happens to Snow White after awaking from the apple poisoning? Well, at least in the case of Snow White her story gets continued with After The Snow starting with Issue #1. Has she truly gotten her happily ever after?

The story here takes place 15 years after Snow White met the 7 dwarves, was poisoned by her evil stepmother and awoken by her Prince Charming. It poises the questions and proceeds to answer; did she get her ‘Happily Ever After’? Snow White is certainly a woman now and perhaps not the happiest one, her Prince may have a wondering eye or is it that Snow is insecure now that she has aged? Snow has the magic mirror that her stepmother once used, perhaps the woman is going to turn into the very evil that tried to destroy her? What happened to The Huntsman, well he is in this story but to speak further would be a spoiler. Has the Evil Queen really been defeated? If these questions or words have sparked your interest in any way, After The Snow is certainly the new comic for you.

This is a first issue that works extremely well, it not only introduces its main character with Snow and shows how her life is now. It also explores other characters, and carefully crafts the beginning of an intriguing story that will surely have readers begging for more. Snow White is one of the most well-known characters in fiction, made famous by Disney’s first ever animated film. To craft a new story based on this character is no easy task, however writer Dale Maccanti has come up with a beautifully unique story and one that flows well from the fairytale. In the early pages of this first issue, Snow already feels like a complete character and one with flaws and secrets. She isn’t the young and innocent girl anymore, and this is exactly what a story like this needs and Maccanti certainly knows this. He’s written this first issue extremely well, there are hints at what’s to come and he’s crafted something special here. 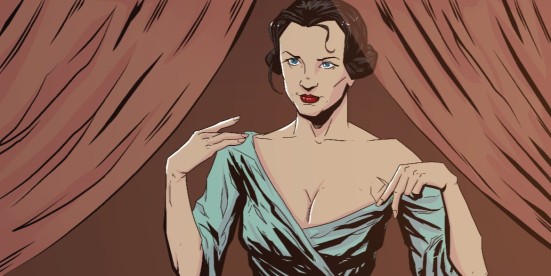 To compliment the writing, there is the artwork and Trevor Wood has hit it out of the ball park and scored a home run. Each panel has been crafted carefully, there is a purpose for every line. Snow herself looks her age, there is a sadness and trauma to her look that fits perfectly with where her character is now and what she has been through. Not only do the characters jump to life but the backgrounds look fantastic. This is due to the art and the beautiful colouring work of Anthonie Wilson. Each piece of colour fits in with the scene and it also helps to tell this story. The trio should be proud of their work here, it has all come together and it is difficult to find a single flaw.

After The Snow is absolutely going to be one to watch within the Australian comic scene, and it will gain international attention especially with this first issue. There are fairytale stories and alternate takes out there, but nothing quite like this and told in this way. With each element making this story stand out, it is worth the time to pick up and read and enjoy. There is a big sense of wanting more after putting this issue down, and there are so many possibilities as to where the story will go and what is in store for Snow. It’s important in a comic to have an intriguing main character, and a story that can easily flow moving forward. This has that and then some, certainly one of the best Issue #1 of any comic that you will find this year. Here is to a job well done!

After The Snow Issue #1 is currently on Kickstarter, if you want to get in before the campaign ends please check out the link on the banner below, you can also get updates there. To keep up to date with progress, please like White Cat Press on Facebook – https://www.facebook.com/whitecatpress/