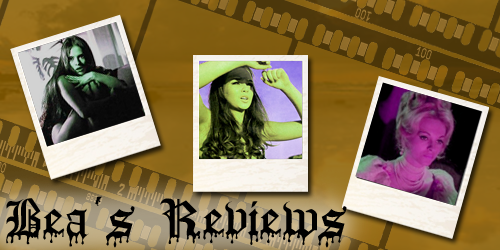 For a movie that boasts the persuasive tagline “The ultimate in alien terror”, The Thing does not actually call the titular Thing any such, well, thing. As for being ultimate, oh yeah, cards on the table, royal flush baby. I don’t think I have seen a film such as this that has replicated the boundless combination of terror, horror, suspense, finality and nihilism so well, which goes to show you the longevity of this film.

Apart from being effective on a film-making level, the Thing lifeform is as perverse as the life cycle of the xenomorph from the Alien series. Perfectly suited to acclimate itself in a survival situation, it is a nightmare to behold, and if you wanted to dig deeper into the dread, both share some sort of threat of demonic physical violation that doesn’t discriminate in what it violates. While the xenomorph physically is overt with it’s donger for a dome and androgynous physiology, the assimilating extraterrestrial creature can penetrate any part of your body in any shape in order to accomplish it’s goal of survival and it can take as long as a day or a short as a few minutes. In addition to this psychosexual trauma, there are several occasions of which showcase the Thing using it’s horrific appearance to stun it’s hunters. The aforementioned Windows can’t act to save his life, Childs almost isn’t able to use the flamethrower when he sees the Dog-Thing in the kennel and MacReady seems incredibly intimidated when he meets the Thing one last time in it’s Uber-Form. This creature doesn’t act solely on instinct, it acts on conscious desire.  The greatest threat about the creature is that it is unpredictable and it will do anything it can to continue its existence.

I would also like to take this opportunity to clarify my stance on the lack of female characters in The Thing.

*Huffs, puffs and gets ready to blow some ill-made houses down*

The reason why I feel the absence of women works in the film is that no film should feel the need insert any character on the basis of sex alone. The movie would not have worked if writer Bill Lancaster and Carpenter decided to throw in a woman just because the film lacked estrogen. I am not saying it wouldn’t have worked if there was a female character, (after all, any capable actress could have been MacReady) but if she lacked function and a sense of agency, if she had been added as an afterthought, or worse, eye-candy for the sake of it, the film would not have worked as it is. To me, that would be insulting not only to the film, but to the audience at large because that very claim is disingenuous and NOT what feminism is about. Those who vehemently dismiss this film for being sexist or misogynistic due to the lack of female roles clearly have no conception as to what those words actually mean. Fighting for equality in every medium should not be about insulting the intelligence of others by bringing in lazy and poorly reasoned arguments about sexual politics, simple as that.

I can’t believe I had to type that, but I find that particular attitude extremely upsetting especially when there is no logic being applied.

The Thing is a jigsaw that chronicles one example of John Carpenter’s end of the world scenarios with the ideal unity of cast, storytelling, art direction, incredible cinematography by frequent Carpenter collaborator Dean Cundy, visual effects and more being guided by Carpenters’ deft and decisive directorial hand. The entire film is assured and confident in what it is that it is very hard to be disappointed by it. When the viewer sees the remainder of the Norwegian camp, they are left wondering “What in God’s name happened here?” (**- see below), every time the beast unveils a new gruesome creation, the audience doesn’t know whether to feel sick or impressed, and there is an unceasing flow of the same question; “Is this person who they say they are?” This is what the film is all about and over three decades later, new audiences are feeling the same.

This is the unbridled power of John Carpenter’s The Thing.

The sound of creeping, inevitable dread.