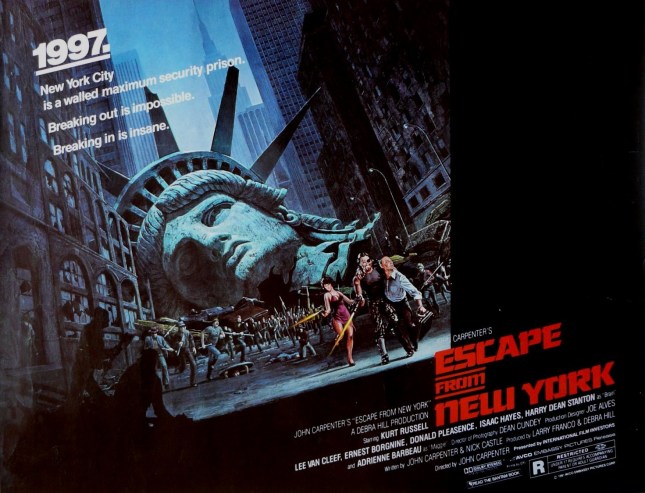 When John Carpenter is mad or upset, that is arguably when he is at his finest. When it comes to giving his opinion, Carp ain’t one to mince his works or play nice for the sake of playing nice. If he sincerely feels something is bullshit, he isn’t going to clam up about it and in the case of making movies that reflect his passions complete with Dat Synthesizer, Angry Carpenter can be flat-out amazing.

Escape From New York works on countless levels; it’s cult film royalty, a splice of Carpenter’s personal cinematic tastes, it’s a political response, it is a symphony of social opinion and a defense of those who are left behind when a crisis strikes. Those who are confined to the perilous Manhattan prison complex have long since given up on any hope in the government as it has failed them and now they have constructed their very own populace where it’s survival of the strongest, Might Is Right and weakness is death. Those who struggle to maintain balance have found it prudent to take on an extremely fascist stance in order to remain in power. In the case of Snake Plissken who used to be a decorated war hero (a recipient of the Purple Heart no less), he found himself let down by the very institution he used to put his life on the line for and now he only looks out for Number One. As pessimistic and oppressive as most of the films’ message may be, there is a beacon of hope found in the form of Snakes’ allies; Cabbie (Ernest Borgnine), Maggie (Adrienne Barbeau) and Brain (Harry Dean Stanton). Although all three are trussed up in a less than ideal situation they possess a sincere sense of loyalty to each other and find it in themselves to help an outsider like Snake who normally wouldn’t have given two hoots about them. While time-stamped due to visual effects and the time of which it was made, it’s the message that Carpenter delivers that is loud and clear to the audience no matter the generation. It is the everyday people who matter, not the power-hungry or entitled. Those who seek to control without humility will only find themselves overwhelmed when those they have suppressed rise up against them only to create a far dire situation than either side had anticipated. This is a film that contrasts the conflict of ideologies and their consequences yet alternatively it outlines the human spirit of if you have the will power to strive for a goal, you may well achieve it if you are strong enough to face adversity.

Still one of Carpenters’ finest efforts and still one of the strongest political commentaries committed to film. 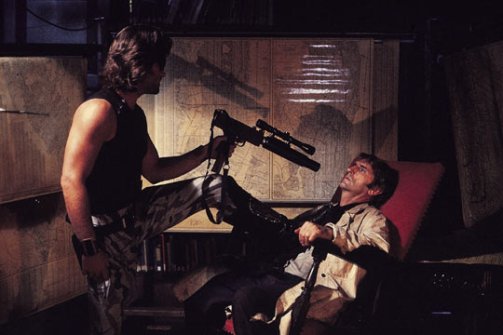 By the by, allow me to clarify; the reason why I regale the three films mentioned as the ‘America’ trilogy is generally because this was Carpenter talking about his feelings about how his home country has failed it’s people, be it through faulted governmental operations, unrealistic social pressures and all types of greed. However, this of course doesn’t exclude any other country from these vices.