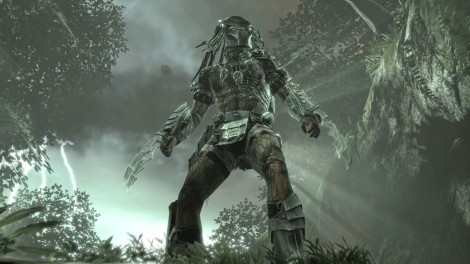 Alien Isolation rocked like nobody’s business last year with it’s tense atmosphere, intelligent AI, super immersive gameplay and overall experience of intensity. Creative Assembly, aligned with Sega delivered a fantastic experience as to what it would be like to be in Ridley Scotts’ retro-futuristic industrial nightmare and I feel it only makes logical sense of these folks followed up with a Predator game. Think about how brilliant that would be. In this video I give but a few frenzied examples as to what type of Predator game I would love to hold in my hot little fangirl hands. Please keep in mind this video was mainly done in the name of fun and it more or less came from the heart rather than the wallet. The world needs more Triple A survival horror games and if the Alien franchise can be treated with the respect it was due with Isolation, there is no reason Creative Assembly can’t pull a glorious bunny from the hat with a game about our favourite rastafarian extraterrestrial game hunters. This game would be a survival of the fittest in a hostile, unfamiliar landscape that be swayed in the players’ favor if they practice prudence, common sense, survival instinct with just a pinch of good luck. Make the player work for the right to live, make the Predator something to fear and make sure that the odds are constantly changing.

Other notes to Creative Assembly

– Don’t be afraid to go all out with the graphics and soundscape beyond the Predator. Make the world and its dangerous inhabitants lush, varied and impressive. Make the dark spaces dark, make the bright places bright.

– If you can use the environment to your advantage, so too can a Predator.

– Don’t listen to any of the whiners who said Isolation was ‘too hard’ because guns didn’t work. The Predator is meant to be the ultimate hunter, make it live up to its moniker.

– Some nice music references to Alan Silvestri’s score would be nice.

– Some inventive death scenes would be cool but don’t feel the need to go too over the top.

– Player vs. Predator combat could be made possible, but how prepared the player is would factor heavily into their success.

– Multiple Predators during a hunting situation would be fucking tense as hell when you have little to no ordinance to your name.

– Perhaps the playable character could be customizable to suit the player, with their own sets of strengths and weaknesses. A bit of RPG diversity doesn’t go astray after all.

– Go wild with the Predator designs as well as the unidentifiable flora and fauna that populate the planet. Give us the experience of being a total fish out of water.

– NO human and Predator alliances.

Scope the Creative Assembly out HERE

One thought on “[Bea’s Ranting Reviews] An Open Letter To Creative Assembly RE: Predator game ideas! [by Bea Harper]”