You know what? I’m not even gonna explain this article. 😀

For those of you who chose to brave my Top Five Dracula’s, you know ultimately I would not complain if any one of those men were cast as the Count. For the sake of this particular endeavor however, my divining rod points to Doctor Hannibal Lecter himself, Mads Mikkelsen. Time and again, The Great Dane has displayed savage nobility and stone-gate attitude in his performances that would make a worthy Dracula. I do not need to say any more than that.

Knightley has consistently equipped herself agreeably as the period princess, but given Mina’s decidedly more blue-collar upbringing and down to earth integrity, I also see a lot of Miss K within her. In many ways, Mina acts as the anchor of the horrifying events that unravel through the progression of the story. Although her character is basically regulated to becoming the damsel in distress when Dracula has his way with her, she manages to retain her humanity and her unwavering determination to help her husband, Van Helsing and the others to hunt her aggressor down.

Jonathan Harker is a difficult character to cast believe it or not because for the first part of the novel, we are seeing things strictly from his perspective. He is the first one to meet the Count face to face and deals intimately with him. Everything we learn about Dracula comes from how Harker understands him and it is even insinuated that Dracula in a way molested him much later in the book. Eddie Redmayne has a very unique appearance that continuously crosses between youthful vitality and weathered maturity. Harker undergoes a literal transformation from a bright-eyed, enthusiastic solicitor to looking like a weary, tired older man in just a matter of months. Redmayne has been blessed with the ability to disappear into a character without coming across as massively remarkable or deliberately unremarkable.

While many will fondly remember Sadie Frost as Lucy in Coppola’s demented gothic cirque de soleil, she wasn’t truly the Lucy that was in the books. Despite having innocent dalliances with her three prospective husbands, Lucy still wore her virtue upon her sleeve. She was very much the ‘ideal’ Victorian woman, that is to say polite, sweet-natured and patient. She basically had Disney Princess syndrome- nice as nice. That is until she becomes a vampire thanks to Dracula’s nightly visits to her room. I feel I don’t need to ballyhoo about how much I think Clarke could make Lucy’s entire mortal degeneration believable considering her work as Daenerys Targaryen in that little TV show that not a lot of you have probably seen. 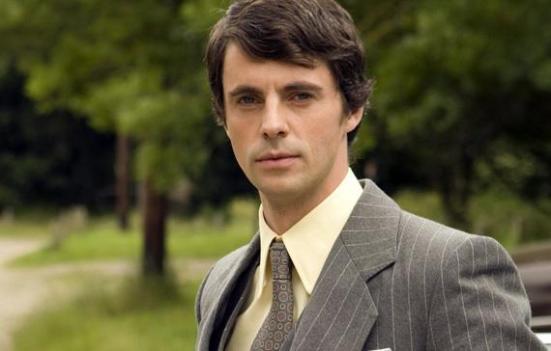 This choice may more or less be based around how Goode appeared in another vampiric offering (“Stoker”) but he really does have the upper crust genteel look about him that you would expect from a Victorian gentleman. He’s not overbearingly masculine but at the same time you could never say that he looks weak. It is not until Dracula infects his life by infecting Lucy that you start to see Holmwood physically manifest his anxieties- his failure to protect his wife to be, his failure to maintain his own dignity and his inevitable failure to save others. As with the breaking down of Clarke as Lucy, Goode could equally do Arthur’s headlong plunge into despair justice.

Harker (I actually did not cast her ironically) has such a gentle, maternal and regal bearing about her from BBC’s masterpiece “Pride and Prejudice” (seriously, it’s by far one of the best Jane Austen adaptations ever) that in her mature years, it would still translate beautifully as Lucy’s loving yet oblivious mother. While she is not a crucial character in the overall story, Mrs. Westenra does everything she can to help her daughter even though she has absolutely no clue what is happening. It’s a little ridiculous how she doesn’t catch on, but I feel Harker can lend a warm presence to an otherwise inconsequential character and evoke sympathy for what so little time she shares with her ailing child.

The man who is Raylan Givens certainly knows how to rock a 10-gallon, but in all seriousness, he has the capacity to nail Lucy’s Texan beau with his alpha male posturing, his charm and the fact he can make a third wheel character count. You see, Morris was not subject to major focus in the overall story, more like he was just inserted in there to be part of a love… er… rectangle between he, Lucy, Seward and Holmwood. He was likeable enough, but his only major sequence is his death at the end of the book. Olyphant would be able to make Quincy memorable with his talent and easy going bravado so when Dracula kills him, the audience would be able to feel it.

While casseroling over who I would like to see as Van Helsing’s young protege, Lucy’s swooning suitor and major POV character, something about Mr. Friend spoke to me. He has such an open, earnest face yet at the same time, it’s one that has the ability to portray clinical intellect and guile. He is a man of science, he sticks to his principles and he always tries his damndest to comprehend the incomprehensible.

Nobody could possibly top the sagacious wisdom and comforting presence of Peter Cushing and I can’t think of anybody else who could go as near certifiable as Tony Hopkins’s infamous interpretation, but Skarsgard has a quiet, odd yet at the same time very worldly quality about him. You know, when he isn’t showing his bum like it’s an obligation in almost every single film he’s in. His massive frame yet sharp eyes communicate the occult intelligence that Van Helsing was always meant to have. He doesn’t rant and rave, but at the same time, you can tell something isn’t quite regular with him. 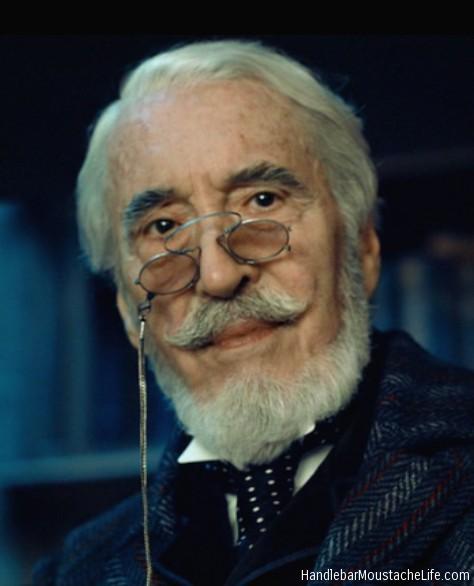 Yes, it is such a small role, but simultaneously pivotal. The scene the old sailor has in the cemetery with Lucy and Mina is a memorable one when he speaks about the specters of the past. He meets his death off-screen at the claws of Dracula, but I would be remiss if I did not include this character. Sure, Lee is a stunt cast, but the grand Sir Lee is such a great sport for turning up in thankless roles in Tim Burton movies (oh whaaaaat?) that I believe his face and bearing could bring Swales that extra morsel of “omph”. BT DUBS: I was seriously tempted to post a picture of Lee as the role that made him famous, but I figured one gimmick was enough.

Jonathan Harker’s ambitious boss, the one who effectively sends his young protégé to certain doom at Dracula’s hands, however unknowingly… right? Dalton like any other reliable, fascinating thespian has the ability to make even the most thankless role significant, plus, I figured it was about time I had a Welsh actor in my cast.

Carlyle, despite his versatility as an actor, seems to have cobbled a progressive masterpiece at playing troubled individuals so I feel he could easily tackle R.M Renfield Esquire with ease and genuine sympathy to spare. Renfield is nothing more than the Count’s tool and the poor soul knows it. The greatest tragedy of the character is that he is unable to free himself from his master’s hold and has all but accepted his new station in life. He knows there is nothing he can do to be free of Dracula without repercussion and knows that if he so much as tries, he will be punished terribly. He finally gets his moment of soul redemption when he warns Mina of Dracula’s intention of claiming her when the newly minted vampire hunters seek sanctuary in Seward’s sanitarium. Although the hunters do not heed this chilling warning, Renfield’s transgression angers Dracula enough to finally slay him but not without causing the poor wretch to suffer first.

I could take the predictable approach and cast three Playboy Playmates or token flavor of the month ‘hottie’ but no. Despite having small roles, Dracula’s three companions/brides do have a specific role in the story and are even particularly described. The thing is with this women is that despite being beautiful, they must also be frightening in a sense that if you looked at them, you would also feel a chill down your spine apart from a sense of sexual attraction. Keep in mind, these creatures are blood-thirsty, baby-eating creatures who slowly drain Harker to the point of death before he finally empowers himself to escape. 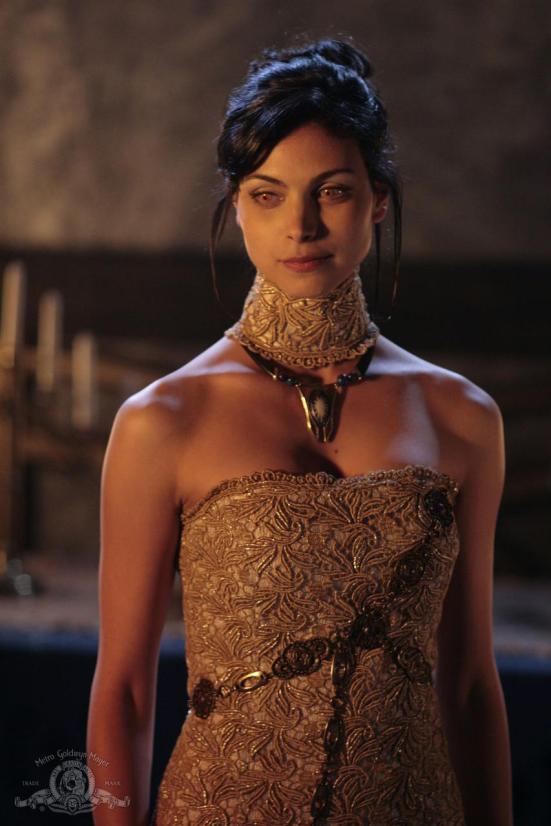 Morena has already garnered quite a respectable reputation amongst the ‘geek’ community for a good reason. She’s a consistent and watchable actress who just happens to look striking and knows how to project so many emotions in one look. She has a remarkable ability to look beguilingly inviting as well as intimidating thanks to those eyes and enigmatic countenance .

Yet another stunning actress in all senses of the word with stunning eyes. I somewhat based this choice on Green’s appearance in the mediocre “Dark Shadows” as the evil witch who cursed Johnny Depp’s character. Green’s somewhat foreboding beauty perfectly captures a sense of exotic and time defying beauty and danger that comes to a head in that piercing gaze of hers.

The Fair Bride is the youngest out of all of the three companions and it is she who is gently coaxed by her demonic sisters to take the first drink from a thralling Harker. Robb has a definitive, almost Disney Princess appearance that gives you the impression that she is young and naive. Precisely what the character would want her victim to think before she drained them.