Last year my world was rocked when I had the chance to see THE RAID, it was easily one of the best action/martial arts film of the last few years and one of 2012’s best offerings. 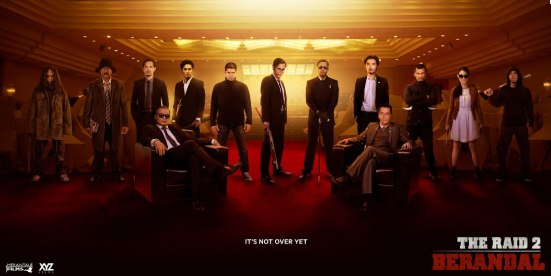 When a sequel was announced, I was estatic! I have been following the progress through Gareth Evans twitter account, and that excitement has grown and grown.

Now the teaser trailer has been released and WOW I NEED THIS FILM RIGHT NOW! MadMan are handling the distribution here in Australia once again, and while we don’t have a release date yet we can expect it some time next year.

The first vision from the sequel to 2012’s THE RAID has hit, and it hits hard. THE RAID 2: BERANDAL is Gareth Huw Evans’ follow-up to the intense action film. Currently in post-production, the finished film will reach cinemas around the world in the first half of 2014.

Shot and set again in Indonesia, THE RAID 2: BERANDAL picks up two hours after the point where THE RAID left off, diving straight back into a world filled with corruption and violence. Evans again takes writing and directing duties on this significantly larger project.