Since I haven’t been 100% this month and I didn’t get to watch much of what I wanted to, so to make up for some of the lack of 31 Days Of Horror posts, I’ve complied a short list of 5 of my favourite zombie films.

They are in no particular order and and since I’ve only picked 5, there will be a lot not on this list. I didn’t want to list the usual suspects, so expect some unexpected choices here. 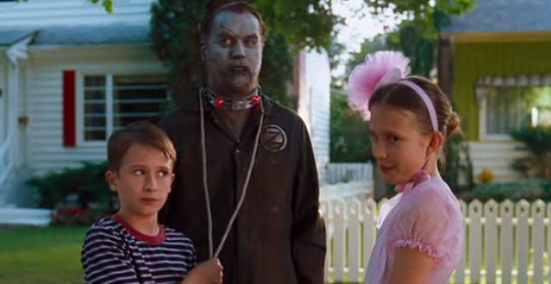 I loved this film, it was very different and it felt so fresh. It really provided something different for the zombie sub-genre and it looked at zombies in a very different light. I thought there performances were wonderful, especially Billy Connolly who plays very much against type and is unrecognisable. This is easily one of my favourite zombie flicks of the 00’s, its fun and very well made.

Yes I do have a personally connection to this film, but that has nothing to do with the love I have for this film. It’s great! It’s a wonderful spin on the zombie genre, one with a great message and it’s insanely fun, with it’s heart in the right place. Yes it is a Romeo and Juliet story of sorts, mixed with clever writing and top performances. It’s nice to see something very different with the sub-genre, much like how Fido above did too. 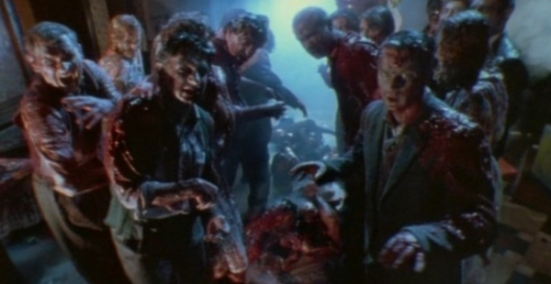 Peter Jackson’s splatter fest from the early 90’s is amazing, its funny, its gross and I love it to bits. It’s kind of hard to define what it is, but a rat monkey does turn people into weirdo zombies so it’s part zombie film too. I can’t even decide on what my favourite thing about this is, it’s freakin fantastic from top to bottom. Yes, before Lord Of The Rings, Peter Jackson was the master of splatter!

Seriously, I fell in love with this film when I saw it as part of MIFF last year. It’s one for the whole family, that pays tribute to the genre of horror and it isn’t ashamed to show it either. It’s a very sweet film, with lots of life lessons, and quite well done zombies. It’s not extremely scary so younger audiences can enjoy it, and it definitely has a lot of appeal to the older audiences too. It’s got all sorts of awesome elements, and the zombies are kind of funny.

My favourite horror film of all time, I love this one so so much! For me this film blends the horror/comedy perfectly (as does Braindead) and it has given us one of horrors best icons, Herbert West! Jeffrey Combs is fantastic, so is the entire cast in the wild and crazy ride of one man’s journey to re-animate the dead. Seriously if you haven’t seen this one, you need to do me a favour and watch it! Then watch it again!