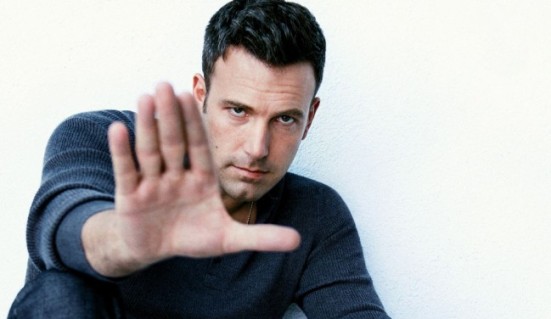 The internet is currently buzzing with the news that Ben Affleck is the new Batman, in the new film from Zack Snyder. This will feature both Batman and Superman (played by Henry Cavill), is a verus situation as has been talked about.

While I don’t necessarily agree the next film should be about these two characters battling it out, I am actually very happy with the casting choice of Ben Affleck as Batman and this gives me hope.

I felt that MAN OF STEEL was a hit and miss film, and I really wanted to see another Superman stand alone film to further develop what had been established. But if this is what we will be getting, a Batman vs. Superman film, I am glad we have a very good choice for Batman and it is a step in the right direction.

So why is Ben Affleck a good choice? Afterall DAREDEVIL didn’t do his career any favours and a lot of people really don’t like his performance.

* DAREDEVIL was years ago, it happened during a bit of a slump in his career. Since then Ben Affleck has recharged his career and he has matured so much as an actor. Not only has he proved to be a great actor, he’s a very damn fine director as well. He really understands the craft.

* Ben has a great look for Batman and Bruce Wayne. His face is visual perfect, just picture that chin in the Bat cowl! Not only that, he definitely has the ability to be two different characters with Bruce and Bats. I do believe he’ll find a good balance between the two.

* He has great chemistry with those he works, some how he makes it work no matter the situation (not talking about GIGLI here). I think there is a great potential for a strong chemistry between Henry Cavill and Ben Affleck and this is something that has to be there to lead into the Justice League. I can see these two having that re-pore and that is a very important element. I am sure this was considering during the casting process.

* Batman has had many actors in the role, and others have fared better than others. Affleck feels like he is at the right age and point in his career for this. What better way to prove he can do this by taking on such a huge and iconic role. The fact that we have a huge name and not a nobody is very interesting.

* He is a good choice because perhaps instead of people bitching about it, maybe have faith. He very well may prove those haters wrong and he has that in him to do. He has done it before! 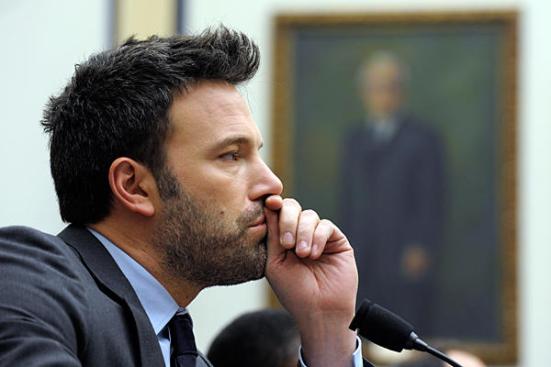 Marcey and Bea sat down to discuss the casting, here is their conversation:

Marcey: So Ben Affleck is our new Batman/Bruce Wayne, Bea what do you think of the choice?

Bea: You know, I’m not one to spit on something I don’t know anything much about. Right now, I would like to be cautiously optimistic. Granted, I am more of a Batman fan than one of Supes, but it all boils down to how it can be made workable by those involved. Like, that silly controversy that came out when “Thor” was released with Idris Elba playing Heimdal, everybody was so up in arms about that JUST because he’s black and the character was white, but the movie and Elba with his talent, made it WORK.

Marcey: Exactly, you can’t really start hating on something when you haven’t seen it. How many were proven wrong after they complained about Heath Ledger (RIP) as The Joker.

Bea: Yeah, that’s another point. I was one of those naysayers because I really had no CLUE… and then I was pleasantly surprised and STFU’ed when Ledger showed up. He was the Joker in that movie, and now, we’re hard-pressed to think about anybody who could have done better. All we can hope for is different. Here’s hoping Affleck and co. understand that. Affleck is clearly an intelligent artisan, I do have faith in him… but for now, we can only wait, can’t we?

Marcey: Very true, although the news is very fresh and people are so angry. Ben really does not deserve the hate he’s already getting.

Bea: ALTHOUGH, when George Miller was planning a Justice League movie (I THINK that was the one, correct me if I’m wrong) he coined Armie Hammer for the role of Batman. That could have been exciting and I still want to see Hammer as Batman.

But yeah, the hatred toward Affleck being tapped for the role… come on folks.

Marcey: Hammer was my ultimate choice as Bats for the Justice League when I did a casting session. He is a strong actor, and I have to look at the casting of Affleck, they went for someone older and mature, which is going to make for an interesting dynamic in this next film, as Cavill is younger and Supes and Bats may very well be the more experienced of the two.

Bea: I didn’t think of it that way, nice call. But therein lies another potential problem if this isn’t done well- chemistry between the two actors.

Marcey: Very rarely does Affleck not share chemistry with the actors he works with, and I really do see chemistry being there between himself and Cavill. I believe this would have been a very huge factor in the casting. This has to last through to a Justice League film and the chemistry has to be there and I do have faith it will be.

Bea: Hopefully, anyway. I really do hope this whole thing will be successful because it may prove to be yet another brilliant comic book movie that everybody can enjoy, on par with Iron Man. Not only catering to the fans of the source, but potential new ones.

Marcey: I think this will need to appeal to hardcore fans and non fans, but with the fanbase of both characters, we can only hope for a good film and not an average one.

Bea: They still may run the risk of pissing that small by potent contingent of fanboys. You know the types. You can’t please everybody.

Marcey: No you can’t, and I already don’t like the verus idea with this character but now with this piece of casting it has actually given me hope.

Bea: Although it is nice to see Versus style movies, but it only works if the combatants are evenly matched.

Marcey: And right now we don’t know specifics so we shall see how it turns out huh?

Bea: That’s all we can do. Right now, it’s far too early to tell and I personally don’t LIKE assuming the worst. Call me an optimist, but until we see evidence of the contrary, this movie has hope.

Marcey: It has a lot of hope now he’s on board for me, it is still a ways off but hey I see it as a good thing he’s cast 🙂

Bea: Props really has to be given to those who are endeavouring to get this project up and running, considering the whole Batman vs. Supes arc has been around for a while. Maybe this time it will happen and MAYBE there will be more happy folks out there than naysayers. Movie fans are meant to be open minded, right?

Marcey: We are meant to be hahaha

Bea: So let us not be assholes, but EXCELLENT. I say give this a chance.