The Film: Author’s note: Well folks, here is my first attempt at reviewing two movies in one hit. I won’t go into too much detail in regards to the plot lines in the movies (I suck at writing detailed synopses), but I will try my best to give my own thoughts about the movies. Wish me luck and bazookas!

I feel it is fairly safe to postulate that everybody loves a good revenge movie, you me, that guy, that girl, Mother Theresa, there is a part of us that loves to sit down and live vicariously through a character who has been wronged and goes on a rampage of revenge and retribution. “Death Wish”, “Kill Bill”, “I Spit On Your Grave”, “Death Sentence”, “The Brave One” and recently “Only God Forgives” deal with the concept of dire retribution in various ways, some end in the protagonist being awarded with satisfaction with no challenge to their moral compass, others being far more ambiguous- was it all worth it? Does the protagonist feel more complete and are they still the protagonist or have they now become the antagonist? Which brings us to one of the bench marks of vengence-centric cinema, “Lady Snowblood” (1973) and the sequel “Lady Snowblood: Love Song Of Vengeance” (1974) both directed by Toshiya Fujita.

Based off the hyper bloody serialised manga written by Kazuo Koike and illustrated by Kazuo Kamimura, the tale centers around Yuki (whose name translates to “snow” oddly enough), a young woman who was literally born into a life of killing, tasked and fated with avenging the rape and murder of her mother in a jail- the rub is that she never knew her mother. She was literally born right before her mother died- she may feel she apparently has a responsibility to uphold, but she finds herself at times wondering why she is doing all of this if she didn’t know the one who gave her life. She is meant to be Nemesis personified, but unlike Nemesis, she is never always sure that what she is doing is truly justified. Not exactly what you could call an absolute revenge fantasy, is it? In the manga, Yuki (or as she is known, Shura) is a fairly straight forward femme-fatale character who never has any qualms to use her sex appeal to draw in her victims, but Kaji’s Yuki is not the exploited sort, in fact, not once do you see her indecent in terms of clothing. She wears her elegant kimono and she keeps that sucker on when doling out her punishments with her lethal umbrella. Quite a 180, don’t you think?

Come at me bro

What I love about “Lady Snowblood” is that while on the surface it is an inescapble festival of claret, it also has a parable to tell, one that consists of assuming duty versus questioning duty. Meiko Kaji really is stunning as Yuki- she has a stillness and grace about her and is blessed with such expressive eyes that even while cutting her way through her targets, you can see that she doesn’t necessarily gain any pleasure from this, she is doing it because she feels obligated and you can see the moral and ethical questions that are in her eyes even when she is being splattered with somebody else’s blood. Stylistically speaking, it possesses a delicate balance between something grind-house and something almost akin to Kurosawa, and it would be a crime not to mention that when blood decorates the pristine white snow, it is impossible not to indulge in a silent gasp of awe at the marvellous contrast between the beauty of purity and the starkness of violence and how there is a certain type of melody between the two… indeed, the whole movie is rather lyrical when you look at it from an alternative point of view, is a ballad of blood. In fact, this attitude is blatantly acknowledged in the second film “Lady Snowblood: Love Song Of Vengeance”. Poetic or heavy-handed it’s up to the viewer to interpret, but look at it this way- a ballad is a product of the feeling of love or commitment. In the case of Yuki’s mission, for better or worse, she has pledged to uphold this dubious vow of retribution. This is her sonnet and her vow.

Naturally, of course time hasn’t been entirely benevolent to the movie in terms of holding up. The general story in both movies is quite flimsy and hardly breaks any ground and the gore and violence looks quite kitschy by today’s’ standards, and the new wave of feminism may contest that Yuki is hardly a strong female character (Oh rrrreally?) and of course that may detract folks who are more discriminating when it comes to the types of movies they watch. However, what one must remember while watching these films is that they aren’t meant to be taken seriously given the source material as well as the subject matter and that they are very much a product of their time when revenge movies were all the rage. There is a sense of fond nostalgia that permeates through this movie, but at the same time, Yuki’s personal journey cements the fact that she is not quite the cypher so many would dismiss her as. She is the human center in this realm of outlandish violence and the films ensure that her feelings and demons will always be front and center. Kaji is these movies and without her, I dare say that“Lady Snowblood” would have simply become just another forgettable video nasty and who knows, without Yuki, the female Nemesis may never have become so refined as it has today and the vengeance genre may never have made as many leaps or bounds… and Tarantino would have one less thing to steal from. 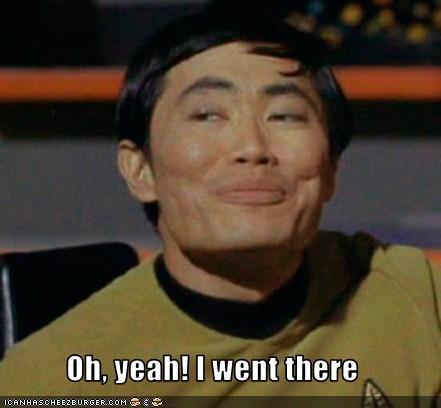 The Australian DVD
The DVD is rather bare-bones disappointingly as I would have loved to have seen a retrospect piece. Given how important this film was when it came to further establishing revenge-driven films, you’d think it would would have gained at several special features to be enjoyed by fans of the material and DVD collectors alike.