NOTE: Unlike my fellow film critic friends, I’m pretty new to the whole Blog-A-Thon challenge but it was definitely something I’ve been wanting to do for a while. So when my friends SuperMarcey (of www.SuperMarcey.com of course and as well as my co-host on my Super Podcast), A.J. Hakari (of www.cineslice.wordpress.com), Sam Inglis (of www.24fps.org.uk) and Mike Ewin (of www.ithappenedatgaumont.wordpress.com) decided to one for the month of November, I wanted to be a part of it. Through out the month of November, I’ll be watching and reviewing 4 films that were each selected for me by my friends, while in turn they’ll each be watch/review a film I recommended to them. The theme for this Blog-A-Thon will be forgotten/hidden films of the 90’s. While my friends will be doing written reviews for their Blog-A-Thon, I’ve decided that be doing something a little different by doing video reviews instead (just like I did for the 2012 Melbourne International Film Festival a few months ago).

What’s a Blog-a-thon? This blog-a-thon is a challenge, its participants have chosen films the other has not seen to watch and review.
November Blog-a-thon criteria: Hidden 90′s Gems
Why Mike Chose This Film For Bede: (TBA)

Here’s my video review of the film. Enjoy! 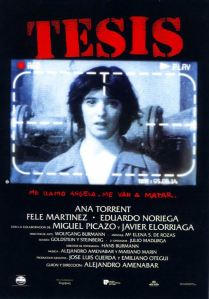 Here are all the week 1 reviews for the Blog-A-Thon:

A.J. Hakari – AND THE BAND PLAYED ON