Greetings everyone and welcome back to The Tubi Tuesdays Podcast for Episode 71, with your hosts Super Marcey and Bede Jermyn. Unfortunately Prof. Batch was unable to make the episode due to being out partying and celebrating Canada with Baby Kraven. However this episode is a Patreon Pick Episode and the randomly selected Patreon not only chose the film for the episode but they joined as a guest as well! It is a Tubi Tuesdays episode with three Australians this week, with Pete from A Dingo Ate My Movie Podcast joining as Patreon/Guest and his selected film for the episode is Without Warning (1980), basically Predator (1987) but before Predator!

* Welcome to the show Pete and thanks for joining/picking the film!

* So this film really is Predator before Predator, just with Jack Palance!

* We want Drive-Ins to make a come back and show Grindhouse films.

* The film may have been cheap but the alien effects look great.

* Louise Lasser, Nicolas Cage and Michael Caine show up on the show, for some reason.

* Why does the main guy look like Sebastian Stan?

* The director of this film also directed The Forbidden Dance! Whoa! 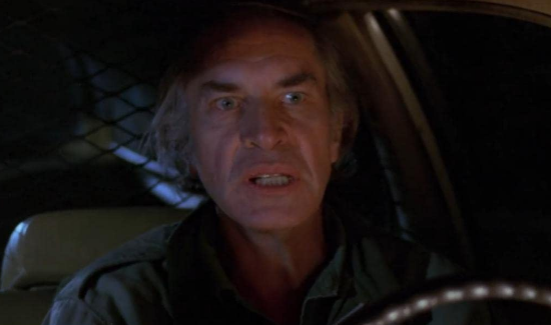