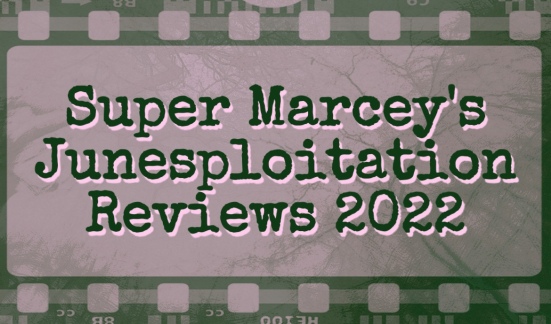 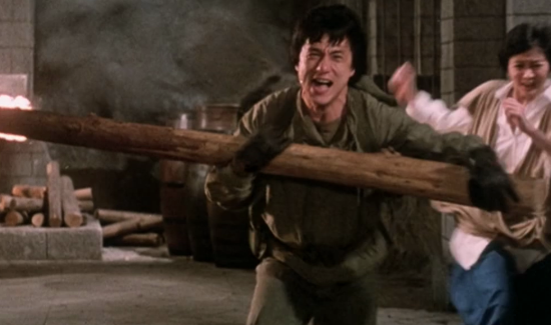 As we get into the last leg of Junesploitation it is time to crank up the action with the prompt ‘Jackie Chan!’ and the choice of film with Armour Of God (1986). This action/adventure film has an interesting backstory, where early into shooting Jackie Chan got injured badly whilst performing a stunt and naturally it would take some time for him to recover. During that time the original director Eric Tsang stepped away to work on other films and once Jackie was recovered he assumed the directors role to complete the film.

Jackie Chan plays Asian Hawk, an Indiana Jones type who goes on wild adventures to retrieve artifacts and places them into to auctions to make money. The most recent acquisition is a sword from the Armour Of God, which comprises of four other pieces and a mysterious organisation of monks wants to complete the set for their evil doing. The sword gets purchased by a woman whose father owns two of the other pieces and someone that Hawk has worked with before. Things get even more complicated when an old friend and former band mate of Hawk’s gets kidnapped by the monks in order to gain possession of the artifacts. Hawk teams up with another former band member in order to save the girl and keep the evil doers from possessing the armour.

Armour Of God is a fun film, the stunts pulled off are incredible and they are tough to watch knowing how badly Jackie got injured during one of them. The action comes often and the car chase sequence is over the top and impressive, as are the bigger action set pieces. Jackie Chan is wonderful as Hawk, he brings a lot of charm to the film as does Alan Tam as the former band member and friend to Hawk. There is a lot of back and forth between the pair, sharing the right kind of chemistry and comedic skills for some laughs. The plot can get a tad convoluted and there are a few moments of stereotypical culture representations and some sexist lines that are a bit hard to ignore. Despite some flaws, the film is a lot of fun and highly entertaining.

The end credits scene does show footage of Jackie after the accident and can be a little confronting to actually watch. 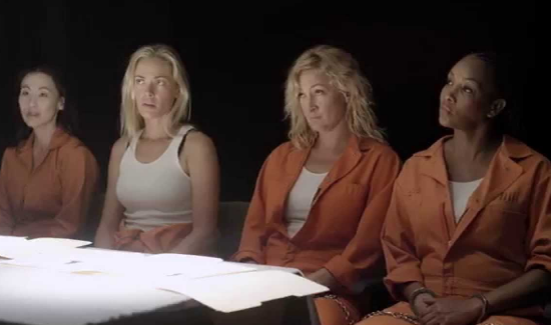 In keeping up with the action, Day 22’s prompt is ‘Lethal Ladies’ and a female led action film is on the menu with The Asylum’s Mercenaries (2014). The film is very clearly a knock off of The Expendables (2010), except it contains a rag tag group of women action stars. The concept sounds awesome, giving some great kick ass women the spotlight in both the protagonist roles and antagonist roles. However this is from The Asylum, the quality lacks in most areas and the low budget shines through.

The Presidents daughter has been kidnapped, the only crew that can handle the job is four women doing prison time who can get their freedom by completing the mission and getting the hostage back. The crew is comprised of Clay (Zoë Bell), Morgan (Kristanna Loken), Mei-Ling (Nicole Bilderback) and Raven (Vivica A. Fox) under the instruction of the mysterious Mona (Cynthia Rathrock), with the woman behind the kidnapping being the ruthless Ulrika (Brigitte Nielsen) who has some sinister motives.

When Mercenaries is fun it delivers on a good time, those moments do not come often enough as it gets bogged down fairly often by scenes that didn’t need to be there or out stay their welcome. Going into a film like this, the action should be all over the place, when it isn’t the film suffers a bit too much. There are enough set up scenes to understand what is going on and who the characters are, but then it just carries on and on while there should be more happening. It is clear the cast were having a lot of fun in their roles and they are quite enjoyable, with Brigitte Nielsen stealing every scene she’s in with a wonderfully campy and over the top performance. It is a shame the others didn’t have much to work with as this had the potential to be much better than the end product.

Please check out FThisMovie.net, with many thanks to the crew for the concept of Junesploitation and some excellent prompts for 2022!