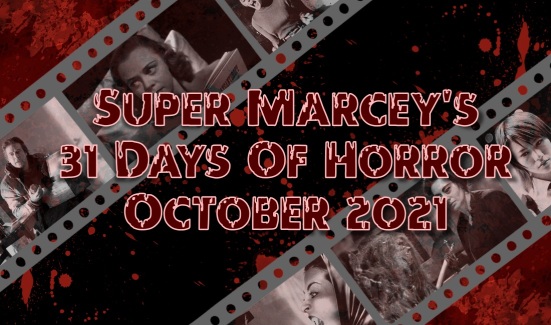 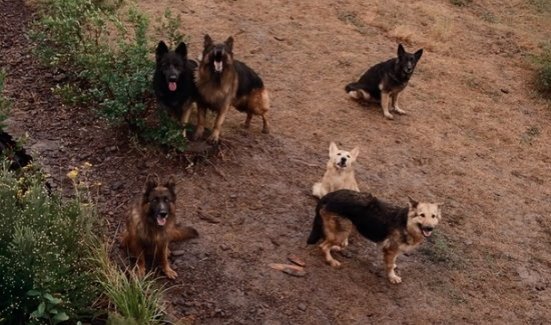 As this journey heads to the decade of the 2000’s once again, the change happened during this time within the horror genre and films became much more about gore and having a hard hitting impact. Some were mainstream and others discovered with the help of DVD, there was no shortage of a horror film to watch with many releasing each month. Whilst there were a lot of films inspired by the likes of Saw (2004), the decade also saw more monster and animal attack films. There are animal attack films with dogs like Cujo (1983) and The Pack (1977) they aren’t prominent like others such as shark attack films. That brings us to today’s pick of The Breed (2006), a film where the dogs attack and they’d hold back.

The Breed tells the story of a group of friends that travel to an isolated island house that one has inherited for a party get away weekend, however all is not as peaceful as it seems on the island as dogs start showing up unexpectedly and they are vicious. The group must protect themselves from the attacking dogs, fighting to survive with not many options for escape as the dogs are guarding their boat and surrounding the house. As things get worse the group begin to find out what was happening on the island behind closed doors and why the dogs are blood thirsty.

Dogs are not the animal you expect or even want to see as the attackers, dogs are our best friends and companions and seeing any harm come to them on screen is horrible. In a way that makes the dog attack films difficult to do, films like the previously mentioned Cujo actually do it well and tells an interesting and heartbreaking story. With The Breed the dogs mostly look like how pets do except they are out for blood and don’t want intruders on their island. The scenes of any harm coming to them is hard to watch because they don’t feel like horrible monsters. This is partly due to the fact the main characters are quite dull and it is difficult to actually be on their side, when the dogs do attack the feeling of wanting the dogs to win is fairly high and that doesn’t feel like the intention. The cast do what they can to elevate the material and they are mostly fine in their roles, some of the suspenseful scenes and moments do work, mixed in with ones that really don’t. While overall the film doesn’t fully work, it is an interesting viewing experience as what the characters are trying to survive against are animals that are well beloved.

For Day 10 the prompt is ‘From The 2010’s’ and this decade of horror was actually quite good, with the rise of Video On Demand and Streaming Services, much like with the 2000’s viewers were spoiled for choice with horror all around whether it was in the cinema or at home. There are many fantastic films to discover from the past few years, both mainstream and indie films, which brings us to the film for the day with The Possession (2012). This is a film that I had wanted to see upon release but then forgot all about, it felt like a good choice for 31 Days Of Horror and personally I do like possession films. This one is based on an allegedly haunted dybbuk box that gained a mythology after being sold on eBay and its owners experiencing strange events.

In the film a couple going through a divorce Clyde (Jeffrey Dean Morgan) and Stephanie (Kyra Sedgwick) have shared custody of their daughters Emily and Hannah and are trying to work their way through this. On a day when Clyde takes the girls out they stumble across a yard sale and Emily is drawn to a strange box that is sealed up, Clyde agrees to buy it for her and they head back home. Soon enough Emily works out how to open the box and something sinister is unleashed, her behaviour begins to change and no one can understand why. The box holds a power over Emily who is obsessive and protective of it, Clyde begins to wonder whether the object is responsible for what is happening to his daughter.

Possession films aren’t the easiest to get right, after The Exorcist (1973) became a big hit and scared audiences worldwide, more and more possession films began to show up. The Exorcist is the template for these films and here it is no different, taking that subtle and slow burn approach with the storytelling. There are some misguided jump scares thrown in, leaving that aside the rest of the unease and horror aspects work quite well and doesn’t go too over the top. The performances from the cast are all very strong and they each shared different chemistry with each other that helped make the dynamic so strong. It is refreshing to see a film like this tackle an evil from a different perspective, as usually there would be Priest’s with Bibles but here the main character gets help from the Hasidic community and a Rabbi who feels he must help the suffering family. The Possession is a solid horror film, something a little different from the usual possession films and enthralling from start to finish.