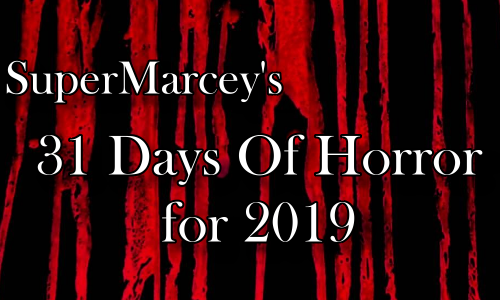 Abel Ferrara is an interesting film maker, no two of his films are alike and stand out in their own way. From Driller Killer (1979) to Bad Lieutenant (1992) his filmography is vast and offers something for all sorts of audiences. The Addiction (1995) is a unique take on the vampire film, focusing on philosophy and using vampirism as a metaphor for drug addiction, there isn’t another vampire film quite like this out there.

Kathleen (Lili Taylor) is a philosophy student, whose life and her own philosophical views get changed in an instant when she is bitten by a vampire Casanova (Annabella Sciorra) one night. She starts to change and crave blood, and those around her notice a huge difference in her but couldn’t imagine the horror she has faced. As Kathleen begins to change, the hunger she feels takes over and she will do anything to get the blood she craves. A chance encounter with Peina (Christopher Walken) an old vampire tries to change her views, and show her that the thirst for blood can be overcome as he has done. Can she overcome this addiction or has her thirst taken over?

It is quite clear that drug addiction is the metaphor, Kathleen’s first taste of blood comes from using a needle to extract blood from a man passed out on the street and then she injects herself with the blood. When she is with Peina, he makes her go without blood cold turkey and she suffers through withdraws like a drug addict would. These are very intense scenes and work for the story being told, because it works for the vampire and works for the metaphor. There are themes within the film about self-destruction, sin and salvation, which are themes Ferrara has used before in different ways and it works especially well here.

The film belongs to Lili Taylor whose performance is the centerpiece of the film, we are there on her journey and feel everything she does. She is an underrated actress and this is an incredible performance. Christopher Walken only has a small role but he is memorable and quite grounded, a nice change of pace. Annabella Sciorra and Edie Falco are also very good in their small roles, and add in two different types that Kathleen plays against.

As mentioned The Addiction is not your typical vampire film, the themes and metaphors are unique within the genre and certainly will leave the audience a lot to ponder after viewing. This one comes highly recommended.

Pontypool (2008) may have more in common with the 1938’s World Of The Wars radio broadcast than it does with zombie films, in fact this isn’t really a zombie film at all. It deals with a virus that affects the living, zombies are re-animated dead so there is a difference. It contains some interesting themes like mass hysteria, the danger of the spoke word and not taking things at face value. It is a smart film, an intense film and one that manages to be compelling and suspenseful while keeping everything mostly contained in the one setting.

Shock-jock Grant Mazzy (Stephen McHattie) has been relegated to small town radio, on his way to the show he comes across a woman who bangs at his car. He continues on his way to work, with assistant Laurel-Ann (Georgina Reilly) and producer Sydney (Lisa Houle) meeting him there for the mornings broadcast. It seems the most interesting thing happening in Pontypool is a missing cat, which bores Mazzy. He decides to discuss what happened to him that morning but strange news starts coming in from one of their reporters Ken (Rick Roberts). Unsure of what to make of it Mazzy tries to report it and Sydney wants to try confirm things, as it seems swarms of people are going crazy nearby at a doctors office. Is this one big hoax or is there something sinister happening around them?

For part of the film the audience is left to wonder whether anything being told to the characters is real, strange things are happening as they try to talk to Ken and what he reports has them scared. As they try to work out what is going on, it is apparent it might not be contained as one of them begins to act weirdly. The doctor (Hrant Alianak) whose office was invaded makes his way to the station, and tries to help them make sense of what is happening and why. Listening to everything the audience may believe there is mass hysteria going on or perhaps false/misleading information, it is like being along for the ride with Mazzy, Sydney and Laurel-Ann.

The performances are Stephen McHattie and Lisa Houle are fantastic, their on screen chemistry is fire, their banter really elevates the seriousness of the situation. You believe them and are scared for them, it is really compelling viewing. Georgina Reilly is also very solid and a good addition to the film, the trio are great together and very well cast. Without the chemistry the film would not have worked as well as it does.

Pontypool is a great film, a fresh take on a popular genre and an intense ride. The strength of the actors and script certainly make it easy to forgive any short comings. If you haven’t seen this film, add it to the list to watch right away, you won’t be disappointed.