Hey, everyone! Welcome to the 76th edition of my Bad Movie Tweet-A-Thon series. Apologies once again for the lateness of this new edition of the column. As you already know last month here on SuperMarcey.com, I posted up poll with three bad movies and I said that whichever one out of those three films had the highest votes, I would watch and live-tweet for this column. Well, the votes are in and you all have spoken. For this 76th instalment of Bad Movie Tweet-A-Thon, you guys wanted me to watch and live-tweet… FOODFIGHT! Is this really one of the worst animated films ever made? Is there a reason why this film sat on the shelf for nearly years before finally being released? Read on and find out! Enjoy! 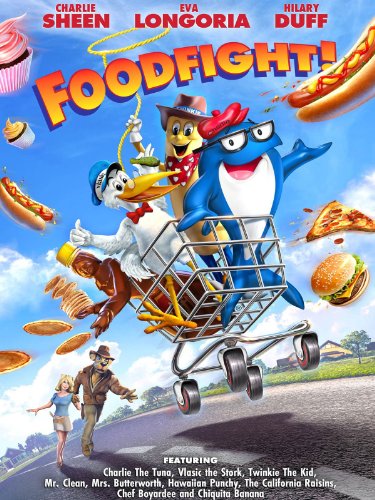 I know I’ve said this a billion times before, but I’m going to say it again: is it too for me to *not* watch this film? #Foodfight

Wow. That was the worst 5 second title card I’ve ever seen. #Foodfight

Geez, it’s taking a bit of time for the lights in this supermarket to go off. #Foodfight

Wait, hold the phone! This film cost almost $65 to make and it looks like… This?! Good god! #Foodfight

I’ve seen a lot of horribly animated films in my time, but this may be the worst one I’ve ever seen. The animation is atrocious! No wonder this film stat on the shelf for 9 years. #Foodfight

Seriously I’ve seen better 3D animation from video games from the early ’90s that look more impressive than this does! #Foodfight

I know a lot of characters in this film are actual mascots from supermarkets brands but other than Mr. Clean, I don’t recognise anyone. #Foodfight

Me whenever a well know US supermarket brand is introduced as a character. #Foodfight

Charlie Sheen has arrived, and he’s playing Dex Dogtective. A Private Eye that’s dressed up like… Indiana Jones? I’m not sure why, but okay. #Foodfight

Wayne Brady is now onscreen as a squirrel named Daredevil Dan. Why do I have a feeling that I’m going to be completely irritated by this character? #Foodfight

Hmmm… Based on how Daredevil Dan is portrayed here, why do I get the feeling that every character in this film is played up as stereotype? #Foodfight

Hillary Duff plays Sunshine Goodness, a human/cat hybrid that’s in love with Dex. I don’t know about anyone else, but I’m kind of disturbed by this relationship. #Foodfight

You know what? It doesn’t surprise me that this film is directed by the guy who produced MORTAL KOMBAT: ANNIHILATION. It… Makes… So… Sense. #Foodfight

I don’t know how Sunshine could have disappeared in the amount of time she left Dex to go help Dan at the crash site. Dan was like only 50 feet away from them. #Foodfight

Christopher Lloyd has arrived and his character is… OMG… WHAT THE FUCK IS THAT THING?! #Foodfight

I don’t know how both a voice performance and an animated character can be over the top in every way, but Christopher Lloyd and the animators found a way. #Foodfight

Wait, it has been 6 months since Sunshine disappeared?! #Foodfight

Ummm… I dont want alarm anyone, but I think that Daredevil Dan may be a sexual harasser. #Foodfight

“Oh, baby! I want to cover you in chocolate frosting!… I want to butter your muffin!” Ummm… This is meant to be a kids film, right? #Foodfight 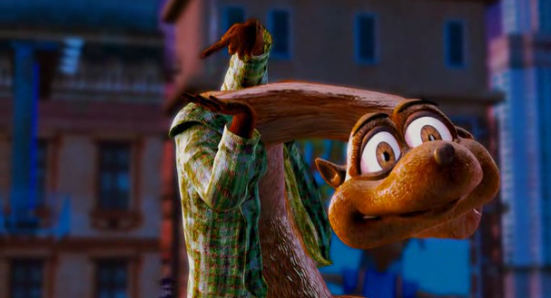 Just when I thought that Christopher Lloyd’s character is the most grotesque looking one in this film, you ain’t nothing yet: wait until you meet Cheasel T. Weasel. He’s truly horrifying. #Foodfight

Ummm… Why is everyone in this night club dancing like they are all each having a massive freak out. #Foodfight

Eva Longoria has arrived as Lady X. Despite being one of the few human-esque brand characters in this film, looks so lifeless and expressionless. Just every other character in this film in fact. #Foodfight 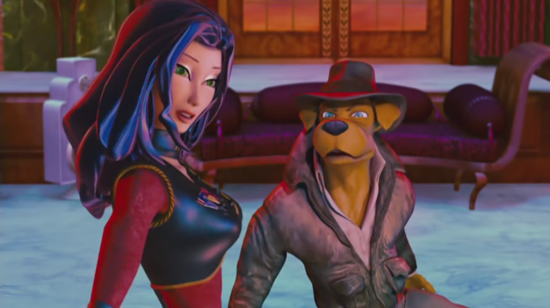 Ughhh!!! Every character this film is so irritating! #Foodfight

If I were Christopher Lloyd, I would have sued this film for making an animated character I was playing look that grotesque. #Foodfight

You what know? I’m going to feel horrible for saying this, BARB WIRE was a way, way, WAY less insulting remake of CASABLANCA than this film is. Ugh… I feel so dirty. #Foodfight

I don’t know how the filmmakers managed to get so many well know actors to be a part of this film, but I wouldn’t be surprised if that blackmailed into doing it. #Foodfight

Man, all the jokes and comic timing throughout this film just falls completely flat. #Foodfight

You know what? As much I hated other similar animated about supermarket products coming alive film SAUSAGE PARTY, at least that one made an effort. This film clearly didn’t. #Foodfight

Oh, wow. Lady X was the villain all along. Who didn’t see that plot twist coming? #Foodfight

Yeah… The movements of the characters in this film is just… Weird. #Foodfight

You know what this film look a long time to come out when the characters are looking for information on late ‘90s/early ‘00s IBM computer. #Foodfight

“Brand X took my Sunshine away!” Ugh… that’s at least the 20th reference to the song “You Are My Sunshine” that has been made so far in this film. #Foodfight

I don’t know how it’s possible, this film has only has a first and third, not a second act. #Foodfight

So… Lady X and her army of henchmen’s plan is to literally commit to genocide on all the supermarket products?! My God… This is disturbing. #Foodfight

Almost an hour into this film, the actual food fight of the title is finally happening. As you would expect, it’s terribly put together. #Foodfight

Wait, there’s still 30 minutes of this film left?!!! It feels like that this film has been going on forever!!! AAAAHHHH!!! #Foodfight

Ummm… The way that Lady X is stretching her leg, it looks like her fighter planes are coming out of her va-jay-jay as they are flying by in the background. #Foodfight

Yeah, it’s official. All the imagery in this film is going to give me nightmares tonight. #Foodfight

Oh, geez. All the original songs in this film are just as equally bad as well. #Foodfight

Oh, no! Polar the Penguin is dead! Not that I care or anything. He was pretty annoying too. #Foodfight

Me during this scene right now. #Foodfight

So much Nazi-esque imagery in this film. #Foodfight

Man, sexual innuendo gags that appears throughout is just so… Off-putting and in the nose. Seriously, who honestly thought that any of these ‘jokes’ was appropriate for a kids film? #Foodfight 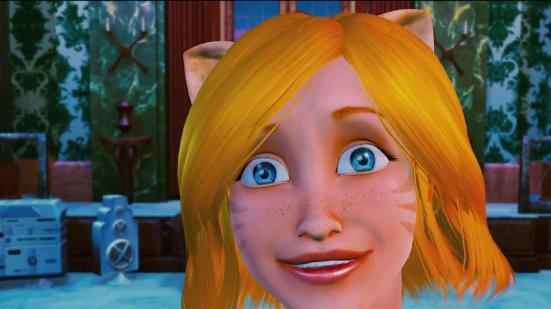 What?! Sunshine is alive and she was actually kidnapped by Lady X?! Yeah, not surprising at all. #Foodfight

Out of all the actors in FOODFIGHT!, I feel the most bad for Christopher Lloyd. He deserves better than this. #Foodfight

Well, this fight between Dex, Sunshine and Lady X is… Underwhelming. #Foodfight

After the fight, Lady X is gone back to her original form and our heroes are making fun of her for being ugly. Well, ain’t that nice. #Foodfight

So Lady X has been defeated, Dex & Sunshine are not married and everything is back to normal. So this awful film can finally be fin-OH, MY GOD! It’s still going as the credits are playing! NOOOO!!! #Foodfight

Well, that’s the end of the film. Remember a months back when I said that BOLERO was the worst film I’ve ever seen? Well, it isn’t anymore. It’s this. This is both the worst film that I have ever seen, animated or otherwise. It’s an abomination! #Foodfight

I hope everyone enjoyed reading this 76th edition of my Bad Movie Tweet-A-Thon! Keep a look out in late October for my special Halloween themed 77th edition, which could one of the following three bad horror films: BLOODRAYNE, JAWS: THE REVENGE and TRUTH OR DARE. Which one will it be? Vote on the poll which will be posted on SuperMarcey.com soon!