Hey, everyone! Welcome to my 66th edition of my Bad Movie Tweet-A-Thon series! I have sincerely apologise once again for the lateness of this edition. I was going to have this on the site at the end of November as I originally planned but I caught up with a bunch of stuff around that time like my birthday, going away, work and family visiting, so I didn’t get the time to do it until now. As you already know last month here on SuperMarcey.com, I posted up poll with three bad movies and I said that whichever one out of those three films had the highest votes, I would watch and live-tweet for this column. Well, the votes are in and you all have spoken. For this 66th instalment of Bad Movie Tweet-A-Thon, you guys wanted me to watch and live-tweet… COLLATERAL BEAUTY! How on earth did a film with a premise as utterly insane as this get made? Doe this have some of the worst plot twists in the history of cinema? Read on and find out! Enjoy!

I know I’ve said this many times before in the past but I’m going to say it again, is it too late for me to not watch this film? #CollateralBeauty

Oh, Will Smith. I love you but you stop starring in films that have bat shit insane premises. Sure we can let SEVEN POUNDS slide but after AFTER EARTH, WINTER’S TALE, BRIGHT and this, it’s a little too much now. #CollateralBeauty

You can tell that Will Smith is *sad mode* in a film when he lets his hair go grey in a film. #CollateralBeauty

That’s a lot of dominoes that you’ve got there, Will. #CollateralBeauty

Wait, this film is set a Christmas? Damn, I forgot about that. If I knew this was a Christmas film, I would have said it for my special Christmas edition of Bad Movie Tweet-A-Thon lol. #CollateralBeauty

So… This film was written by Allan Loeb. The guy who wrote JUST GO WITH IT, SO UNDERCOVER, ROCK OF AGES, THE DILEMMA… That explains EVERYTHING. #CollateralBeauty

Oh, hi Ann Dowd! I forgot you were even in this film. I just going to pretend that you’re playing your character from HEREDITARY. #CollateralBeauty

Yeah… I find it kind of wrong that Will’s co-workers (Edward Norton, Kate Winslet, Michael Pena) want him out of their company despite the fact he’s still grieving for his daughter. Heartless bastards. #CollateralBeauty

Ahh, Will. You know you going to cause a serious accident by riding your bike straight forward INTO TRAFFIC. #CollateralBeauty

So Edward Norton is playing a deadbeat Dad who’s daughter hates him. Why do I get the feeling that this cliched subplot is a big part of the film? #CollateralBeauty

Maybe it’s the comic book film fan in me, but I like the fact that the Incredible Hulk and Deadshot are sharing an elevator together. #CollateralBeauty

Oh, hi Keira Knightly! So somehow they roped you into this film too, huh? #CollateralBeauty

I don’t know what Allan Loeb was smoking when he came up with a premise where a guy write letters to constructs like Time, Death and Love but I would like to try some. #CollateralBeauty

Holy shit! Edward’s onscreen Mum in this film is Grams from DAWSON’S CREEK! My mind is blown right now!

Ahhh… why is Edward using a TV ad from Mexico that features a purple monster as the basis for his plan? #CollateralBeauty

*Sigh*… Helen Mirren. How I love you so. You make even the crappiest film watchable. #CollateralBeauty

You know I always wanted three female British acting titans like Helen Mirren, Kate Winslet & Keira Knightly be in the same film together but… Did it have to be this? #CollateralBeauty

Uh, oh. Michael Pena is having a bad cough… He is so dying right now. #CollateralBeauty

Man, despite all the money behind this film, the film looks visually like a Hallmark TV movie. It’s hard to believe that it was shot by the cinematographer behind THE WRESTLER, CREED and THE VISIT. #CollateralBeauty

So here we go. This insane plan is now in full swing with Will taking to Helen and thinking that she is Death. Let the insanity begin! #CollateralBeauty

Oh, hi Naomi Harris! Thank goodness you had MOONLIGHT released in cinemas around the same time as this so you don’t have to feel too much of the negative impact of this film. #CollateralBeauty

Okay, as much as I’m enjoying taking the piss out of the film, I will say that Will Smith does give a pretty strong and believable performance. Plus his scenes with Naomi Harris are the best in the film. #CollateralBeauty 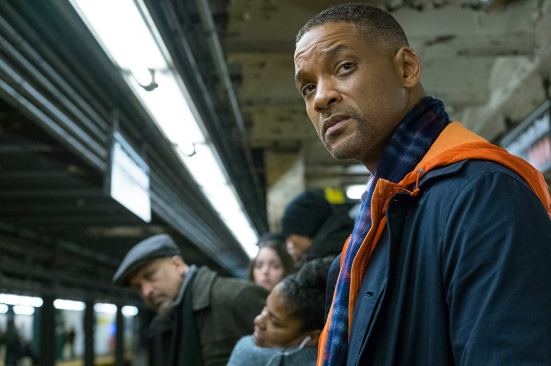 Wait, Michael Pena is dying? SHOCKER! Well, not really. I mean who didn’t see this coming after his massive coughing fit earlier in the film? #CollateralBeauty

You know what? I honestly never heard of Jacob Latimore prior to this film, but I’m impressed that he’s able to hold his own with a cast as big as this. #CollateralBeauty

Yeah… This plan of trying to convince Will that he’s actually having conversations with Death, Time & Love just feels very… Wrong… On my multiple levels… Yeah… #CollateralBeauty

“He was sitting right here. A mean, arrogant thug” Hey, Will! That’s not a nice thing to say about your son Jaden! #CollateralBeauty

Hmmm… I wonder if there is specific reason why Edward, Kate & Michael are each paired with actors playing Love, Time & Death? What could it be?

You know, movie, no matter how many times you have the cast use phrase “collateral beauty” thorugh out the film, we still don’t know what it even means? #CollateralBeauty

“I realised that wasn’t feeling love… I have become love” Actual dialogue in this film, people. No joke. #CollateralBeauty

I like how there’s an extra that walks pass Will and she has a look on her face that says, “Holy shit! That’s Will Smith!” #CollateralBeauty 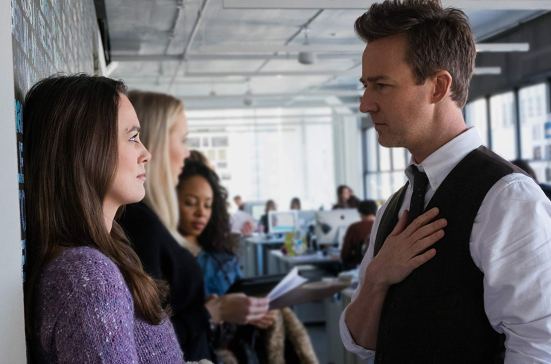 You know… This is such a really bizarre and extravagant plan just to fire someone. #CollateralBeauty

For someone who’s just found out that the people he thought were Time, Love & Death are actors who were hired by his co-workers to have him leave the company, Will is taking this way too well if you ask me. #CollateralBeauty

So much warming scenes of Edward, Kate & Michael trying to make right in their lives and families. Makes me want to vomit. #CollateralBeauty

OMG… Naomi is actually Will’s wife but he was so grief stricken from their daughter’s death, he completely blanked her out and forgot about her until now! Wait… #CollateralBeauty

Hmmm… I wonder what the dominoes all falling after finding this revelation is suppose this symbolic of?

Seriously, can explain to me what *collateral beauty* even is? The film is almost over and I still don’t know what it means. #CollateralBeauty

Wait, hold the phone! Not only do we can one completely nonsensical insane plot twist, we’re going to get a second one?! Omg brace yourselves… #CollateralBeauty 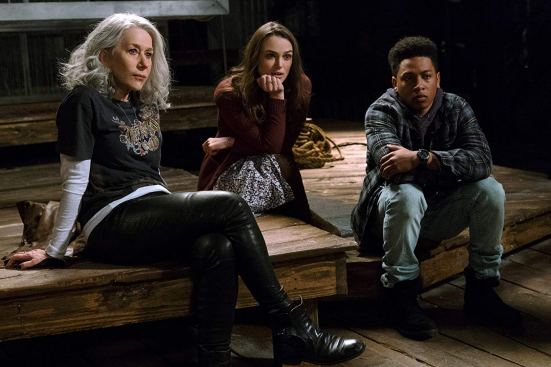 Man, these two plot twists are so dumb and nonsensical if M. Night Shyamalan heard about them, he would be like, “That’s a little too much”. #CollateralBeauty

Well, that’s the end of the film. You know for a film that has all star cast that 19 Oscar nominations and including 2 Oscar wins between them, they could have made a way better film than this. #CollateralBeauty

NOTE: You can check out my further thoughts on COLLATERAL BEAUTY in my review of it here.

I hope everyone enjoyed reading this 66th edition of my Bad Movie Tweet-A-Thon! Keep a look out in late December for my special Christmas themed 67th edition, which could one of the following three bad horror films: A CHRISTMAS STORY 2, JINGLE ALL THE WAY 2 or NATIONAL LAMPOON’S CHRISTMAS VACATION 2: COUSIN EDDIE’S ISLAND ADVENTURE. Which one will it be? Vote on the poll which will be posted on SuperMarcey.com soon!