Welcome back to the Super Podcast for our 137th episode, listeners!

After a three month hiatus, your hosts Super Marcey, Bede ‘the Terrible Australian’ Jermyn and Chris ‘Chrisasaurus Rex’ Innis are back to bring this long waited new episode of the podcast. The gang have seen a lot of films during that time and for this episode, we decided to discuss all the major ones that we’ve seen recently. Plus we finally share our thoughts on two of the most biggest superhero films released so far this year Batman V. Superman: Dawn Of Justice and Captain America: Civil War. We have a lot to discuss with this one, so you don’t want to miss it!

Do we think that BATMAN V. SUPERMAN is as bad as everyone has made it out to be? Or is it simply misunderstood? We discuss both the pros and cons of the film! 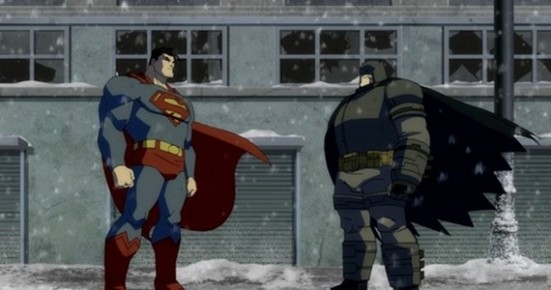 Chris explains why he thinks that BATMAN: THE DARK KNIGHT RETURNS is the best the DC Animated film since MASK OF THE PHANTASM

Marcey and Bede agree that the new horror film THE INVITATION is a must see!

While the gang have varied opinions on CAPTAIN AMERICA: CIVIL WAR, they all agree that it has the best Spider-Man yet!