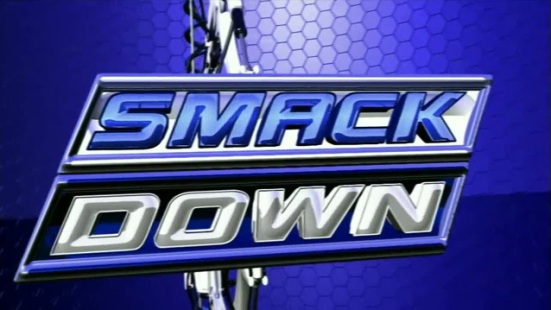 Wrestlemania week winds down with this weeks episode of Thursday Night Smackdown, did WWE continue to deliver entertainment or was this one a bust? Read on for my thoughts … 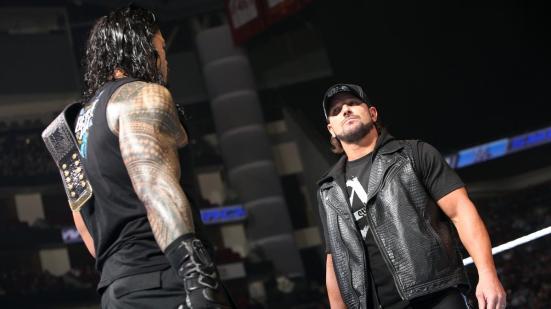 Roman Reigns comes out to what feels like a mixed reaction, he mentions once again that he IS THE GUY. I can’t help but want to see him cut that promo on night on Raw, and then Seth Rollins music hits to which he says “You might be The Guy, but I am THE MAN.” Anyway, Reigns cut an okay promo and as soon as he brings up A.J. Styles, his music hit and out he comes. I actually really liked this confrontation, it was simple but affective. A.J. points out he has wrestled around the globe and he’s ready, Roman points out he hasn’t beaten him and he never will. For me, this works and I want to see them have a match. I wont be disappointed if A.J. doesn’t win because he can do wonders for elevating Reigns and I do believe WWE knows that.

Side note: How much better is commentary with Mauro? He is a Champ, and WWE really need to go back to two man announce teams. Mauro and King would be perfect.

The Vaudevillains Debut Against The Lucha Dragons 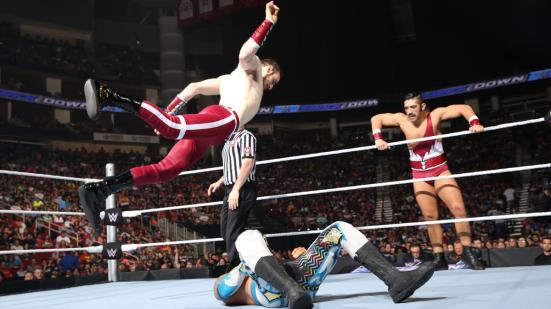 We got a promo on Raw advertising The Vaudevillains debut, and they were up with the first match. Their entrance looks very awesome on a big stage but I am wondering whether their gimmick will last long term on the Main Roster. Adam Rose’s gimmick died pretty quickly on the Main Roster where it worked so well on NXT, I hope this wont happen though. I adore Aiden English and Simon Gotch, and I want to see them succeed. I perhaps would have given them a different team to debut against, the crowd didn’t seem overly enthused for this one. The match itself was decent, some good spots with a win for the Vaudevillains. I say put them against The Social Outcasts, that has potential. 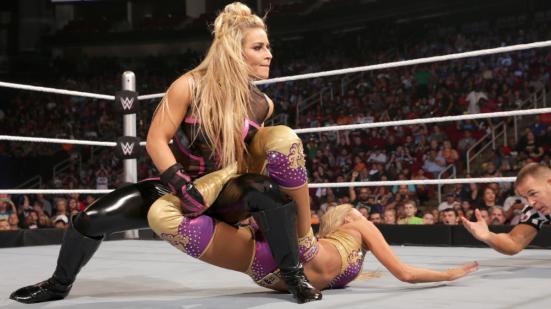 Summer yet again this week and thankfully she did better than on Raw. Charlotte is on commentary, doing a fairly decent job I might add. Natalya looked stunning as she usually does, and this was a solid match, to help further the feud between Natalya and Charlotte. Summer had the upper hand most of the match, but she tapped to the Sharpshooter. I loved how Natalya just stared down Charlotte as she put the Sharpshooter on Summer. A nice little touch, and this is a feud I can get behind and I am excited to see. They have had some amazing matches before, and we all deserve to see more. 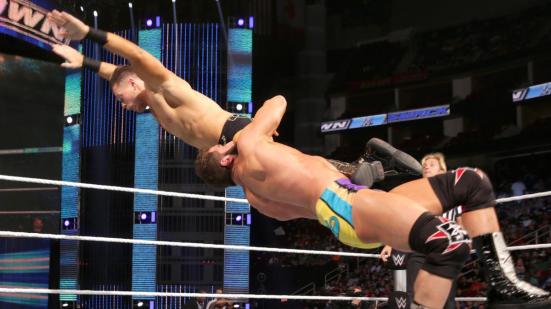 I was not happy to see Ryder lose only 24 hours after the winning the title, and he has a rematch already. Considering Scott Hall made the rematch after Raw, I thought it would have been cool to see him in Ryder’s corner. Anyway, the most important part about this match is Maryse. The Goddess is back, and she introduced her husband, looking amazing as ever. This match was pretty good, they were given a nice amount of time and Ryder looked fantastic. The Miz wins not clean, and nor should he. Maryse needs to be used to help him win, they could be a huge heel power couple. I hope this feud continues though, I want to see more of Ryder. I have no issue with playing him as an under dog, and getting an equaliser at a PPV or something. 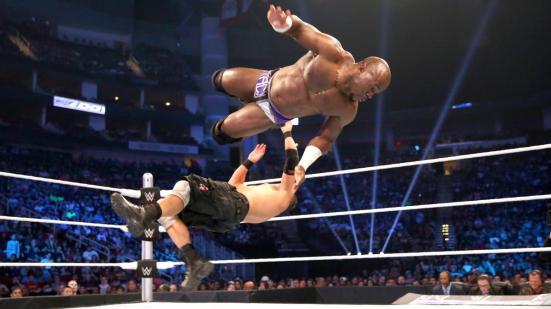 Well the Axe man does not know how the play Rock, Paper, Scissors haha! This group is entertaining, I love it! Anyway here is Apollo Crew’s follow up match from his Raw debut and it was more of the same. Just showcasing him and what he can do, hopefully soon we get some longer matches for him. Not a bad match, and he over came the odds, which was a good little touch. I would love to see him against Bo Dallas, that could be magical.

Backstage a quick promo from Baron Corin, the End Of Days has arrived. An interview with Becky, Emma interupts, looks like we will get a future match with these two and I am fine with that. 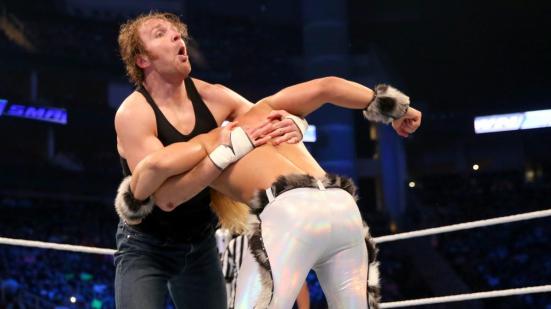 Put it this way, Tyler’s entrance lasted longer than this match. A squash match, for whatever reason.

Chris Jericho comes out for the main event match, Dean passes him on the ramp. Unfinished business there …

Backstage segment with Goldust and R-Truth, this is still a thing? I guess something is happening on Raw with them. 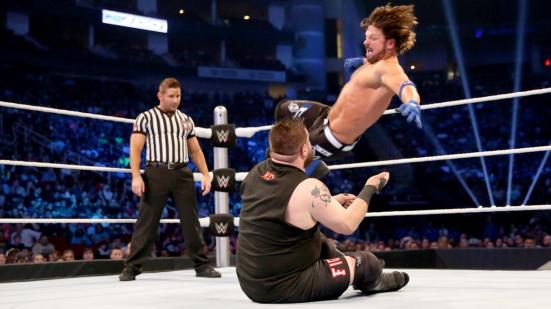 Great main event match, they all gelled in the ring so well, both as team match and opponents. Owens and Jericho were quite funny as a team, and Styles and Cesaro were a great fit. I hope we see them get to work together more, there is a lot of potential there. Great back and forth action, lots of Cesaro moments, so happy he is back and better than ever. That ripping off of the clothes for his entrance certainly makes me very happy! Jericho and Owens had some good heel moments, and the match came to an end when Cesaro gave Jericho a hell of a hit over the barricade. Leaving Styles and Owens in the ring, Sami Zayn came out with a bunch of guys trying to hold him back. 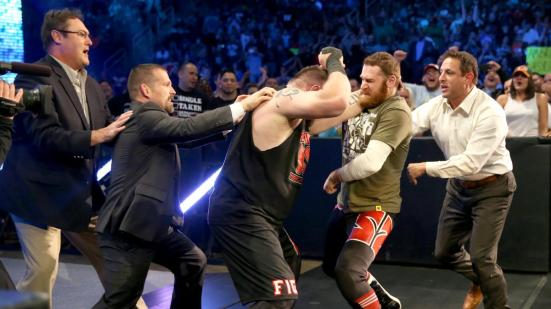 The distraction was enough for Styles to get the roll up win. The show closes with Zayn and Owens brawling, we are so ready for this feud to take over. Their inevitable PPV match is surely going to steal the show, I love it.