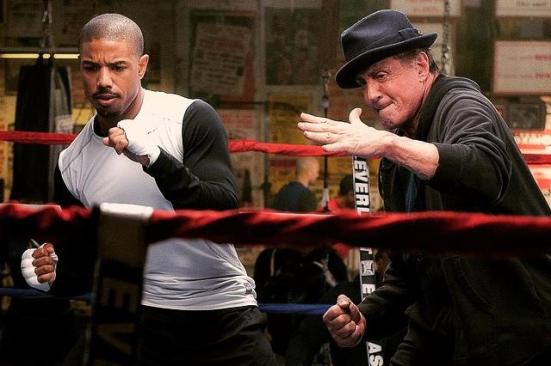 If you asked anyone who is one of the greatest film characters of all time, I guarantee that one of ones that would be mentioned would be actor Sylvester Stallone’s legendary boxing character Rocky Balboa. After his first appearance in the beloved Oscar-winning 1976 film ROCKY, the character became an instant film icon and would go on to appear in 5 more hit films (his last appearance being the 6th instalment of the series ROCKY BALBOA in 2006). Now Stallone is back to reprise his famous role once again in acclaimed FRUITVALE STATION writer/director Ryan Coogler’s spin-off film to the ROCKY series CREED, which stars Michael B. Jordan in the lead role. Super Marcey and Bede ‘The Terrible Australian’ Jermyn saw the film recently and got together to discuss their thoughts on it. The following review in an audio format, as a back and forth discussion between the two of them. Enjoy!

IMDb Synopsis: The former World Heavyweight Champion Rocky Balboa serves as a trainer and mentor to Adonis Johnson, the son of his late friend and former rival Apollo Creed.