It is that time of year again, for WWE’s second biggest of event of the year SUMMERSLAM! This event has had quite a bit of build up this year, with a Raw that was all for hyping the now four hour event. With lots of big matches, this should hopefully be a fun and entertaining event. So lets take a look at what is taking place, and how I feel about them …

Talk about a division that is doing absolutely nothing right now, wow. I have a hard time remembering WWE even has a Tag Team division, let alone Tag Team Champions. The Prime Time Players aren’t seen much at all, and here I was excited to see them as Champions back when they won. Nothing has been done since their victory and the division has just kind of been there. With a decent amount of tag teams, why haven’t we seen contender matches and teams stepping up? I actually just don’t care what happens here …

Who I Want To Win: The Lucha Dragons, give them the belts and let them run with it. DO SOMETHING!
Who I Think Will Win: No idea! 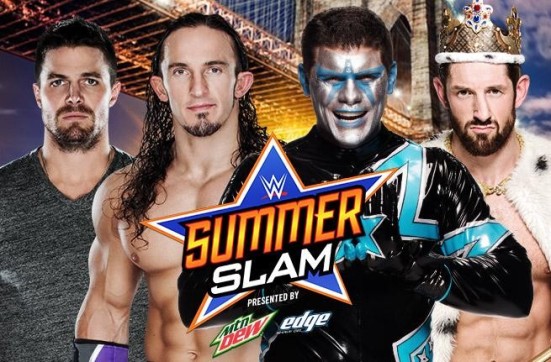 Now here is a match I am strangely excited about! Stardust and Stephen Amell doing something at Summerslam has been teased for months, and last week it was made official with this tag match. It makes sense as Amell is not a wrestler, but he is an incredibly talented athlete in his own right. Having it be a Tag Team means he wont be left to fend for himself, and he will be able to hit some cool spots with a hot crowd. For a celebrity in a match, he is a great choice as not only is he a huge fan but he is quite capable of standing with these guys. The Stardust vignettes leading up to this have been entertaining and he has been on a roll too. Neville is a natural fit here because he is like a comic book character with his high flying moves. King Barrett desperately needed something and this is it, he already feels fresh and a great character to be with Stardust. I wouldn’t mind if they stuck together after this match for awhile. 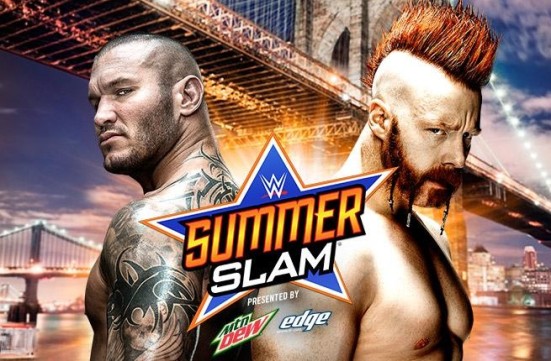 This is a feud I have been enjoying, these two are a natural fit together and I don’t doubt they will have a hell of a match at Summerslam. I am enjoying the heel bad ass warrior Sheamus and no I don’t think he looks stupid, this look suits him! Hell I would cast him as a viking or something in a film, and side note can’t wait to see him in TMNT 2. Every time these two are against each other in some shape or form they deliver, and the crowd is generally very into it. I don’t even care who wins, I just want to see a great match that will keep me guessing.

Who I Want To Win: If I have to chose – Sheamus
Who I Think Will Win: Sheamus

I have always been a big fan of women’s wrestling and until recently the Diva’s division was just kind of there, nothing much was really happening. But BOOM! We finally have something happening here, a big bunch of women are in the division and they are all very talented. It is being called the Diva’s Revolution, and yes amazing most weeks they have two matches on Raw and the matches are longer than 5 minutes. There is still a big way to go here, but this is a great start. I don’t mind that they are split up into teams, in fact I hope Nattie and Emma show up as their own team. What is lacking is an actual storyline or storylines, and the Diva’s Championship is just there because they want Nikki to beat AJ’s record (petty yo). As much as I think this match will be really good, I would love to have seen the Title being defended. They could have had Team PCB and Team B.A.B. have triple threat matches against each other with the winners being in a Triple Threat match against Nikki. Or a tournament to determine the number 1 contender. I have a feeling (hoping) this will happen after Summerslam as Nikki only has 28 days left to beat the record.

I am really looking forward to this match, Cesaro is finally getting the time and respect he deserves. The crowd are behind him, he is connecting to us all now, there is no denying it now. Kevin Owens has been on a hot streak, but that second loss to Cena really hurt that. Having these two be in some top matches on Raw and getting into a feud is a great way to build them both up, and show YES THESE GUYS ARE MAIN EVENT MATERIAL. We know this will be a great match, and I hope they makes the way for them to step up even more.

Who I Want To Win: Cesaro
Who I Think Will Win: Kevin Owens 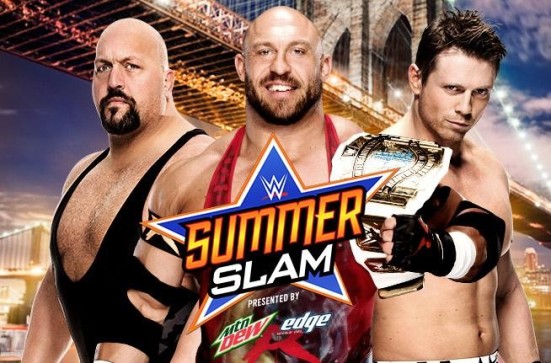 Intercontinental Title Match: Ryback (c) vs. The Big Show vs. The Miz

I was happy Ryback got the IC title, unfortunately creative had no idea what to do with that. This feud just came out of nowhere as if to give these guys something to do. This match was supposed to happen at the last PPV but Ryback had a staff infection on his knee and has been out. I can’t say I am invested in this match at all, but I was kind of hoping now Cena isn’t doing the open challenge that Ryback would be doing it

I have been enjoying this feud, and their matches have been highly entertaining. This is exactly what they all need, they have something to do and Reigns isn’t being booked badly. Bray Wyatt should be so much bigger than he is, and I hope this is a stepping stone for that. I do believe Reigns and Ambrose are meant for bigger things and that will definitely come. This has the potential to steal the show, and they will entertain us for sure. I want to see something good come of this, and I don’t want them to just be muddled with the crowd. This has been one of the best booked feuds so far, so here’s hoping.

Feels like this whole feud has been going on for ages and it will finally come to a head. It has been such a strange feud, but for some reason I am strangely invested. I like Rusev a lot and I was happy they kept him on TV through his injury, and I don’t mind the pairing of him and Summer. They actually kind of work in a strange way, as do Lana and Ziggler. Ziggler has been out filming a new movie, so the storyline has mostly been with Rusev and Summer taunting Lana. I thought last week’s show down with the women was very affective and Ziggler returning worked as well. I don’t doubt the women will get involved with this match and I am sure it will be a good match.

Who I Want To Win: Rusev
Who I Think Will Win: Rusev 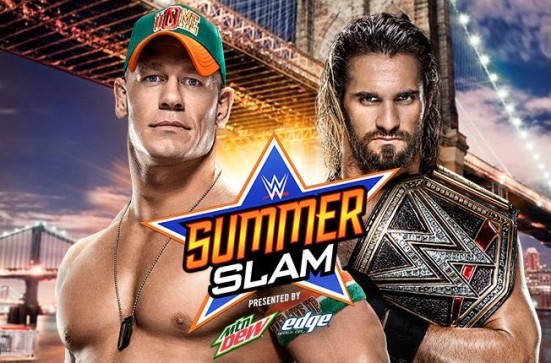 This match is inevitable, but I am just not as on board with it as I have been with Cena’s run this year. I just don’t want to see Cena win both titles right now. I have loved his US Title run, he’s had amazing matches and stepped up big time. He’s felt fresh, and he hasn’t felt fresh in a long time. At the same time I am loving Seth Rollins as the Champ, he’s been such a weasel but he’s pulling out the wins when he needs to, without help. I want to see this reign last, and I am hoping so much he wins both titles, not Cena. The future is now and Cena should be passing the torch. I am not opposed to Cena having a last run with the title, but I don’t think it is the right time. I am sure these two will have a heck of a match, but I just don’t want it ruined by a bad ending.

Who I Want To Win: Seth Rollins
Who I Think Will Win: John Cena has a higher chance I think 😦 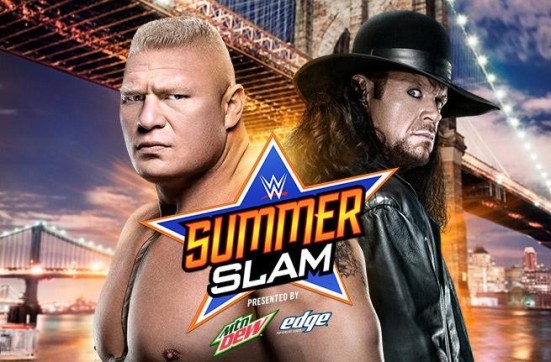 The Match Too Big For Wrestlemania: Brock Lesner vs. The Undertaker

I am pretty pumped for this match, there is no clear face or heel here, it is just all out war! We as fans have been hoping and expecting these two would come to clash again after the streak ended, and it is finally here. The build up has been really run, and dare I say it hasn’t been taking away from anything else. Yes I know people have an issue with two part timers headlining a big event, but these two guys are HUGE names. Brock Lesner has become a runaway success as a fan favourite this year and The Undertaker is one of the all time greats who likely will retire soon. I have no problem with these two being given time and being the big attraction for the event. It is smart booking and I am so excited to see this match. The Undertaker is in much better shape too, so I think we will see a hard fought match. I was thinking this would be a good time for a MONSTER KANE to return, and we could have a last send off with the Brothers Of Destruction. Wishful thinking maybe but James did have the same thought.