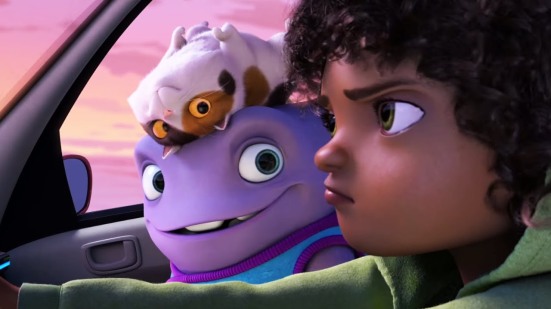 HOME tells the story of Oh, whose species has occupied the Earth after peacefully relocating all the Earthlings. Oh doesn’t fit in and after he finds himself on the run from his own kind after making one final mistake he makes an unlikely friendship with a girl named Tip who is searching for her mother.

IMDB Synopsis: Oh, an alien on the run from his own people, lands on Earth and makes friends with the adventurous Tip, who is on a quest of her own.