Tonny Todd is a different sort of Legend of Horror.  While he undeniably has left an incredible mark on the genre, he has done even more work outside of horror.  Movies like Platoon and The Rock are just the tip of the iceberg when it comes to this man’s legacy.  I will discuss those at a later date because in this column I’m simply focusing on what makes him a Legend of Horror.

I’ve met the man a couple of times and the first thing you notice is his stature.  At 6’5″, the man is a beast.  As soon as you start speaking with him, however, he has proven to be one of the most likable men I’ve ever met.  Whether he’s telling stories from on the set of his various gigs or just chatting about whatever is on his mind, the man’s as genuine as they get.  Not to forget that voice!  The man’s voice makes him the perfect storyteller if you ask me.  If you get the chance to meet the man at a con do so without hesitation!  You won’t regret it.

This is one of my favorite horror trilogies ever is the Candyman series.  And Tony Todd is one of the biggest reasons why.  With that deep, gravelly voice and his intimidating presence he legitimately gives you something to fear.  Whether he’s ripping a dog’s head off, castrating little boys, spitting bees out of his mouth or driving Virginia Madsen insane you can’t help but be fascinated by this strange character.

The sequels, while not quite living up to the original, are both entertaining watches as well.  So long as Candyman exists, I will watch it. 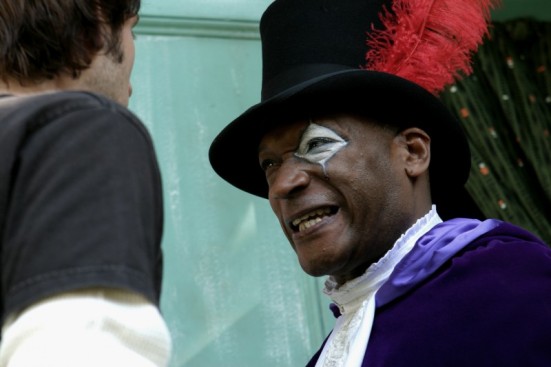 In the first Hatchet flick, Tony Todd’s character Reverend Zombie was a great cameo appearance.  Both spooky and hilarious at the same time, he’s pretty unforgettable.  Come Hatchet II, he’s become one of the full blown stars of the movie.  Some people complain that this movie retreads the original story but I disagree.  Hearing Tony Todd tell Victor Crowley’s story is so damn amazing.  His voice makes me think of the old days camping with my family, telling scary stories.  Which is the point!  He turns Zombie into a man desperate to kill off Crowley simply for personal greed.  His eventual death at the hands of Crowley  is one of the best of the entire series and that’s saying a LOT.  Granted, that has little to do with how awesome Mr. Todd is in this.  I just wanted to mention it.

This is the second time I’ve brought this movie up in the Legends of Horror series and for good reason.  I just love it.  Duane Jones was amazing as Ben in the original, so it took an equally fantastic actor to take up the role.  Enter Tony Todd.  His version of Ben is simply awesome to watch.  He carries the every man role with gusto.  He’s big, he’s strong, he has common sense and he won’t take any shit from anybody.  If you don’t feel for the man’s plight, then you have ice in your veins. 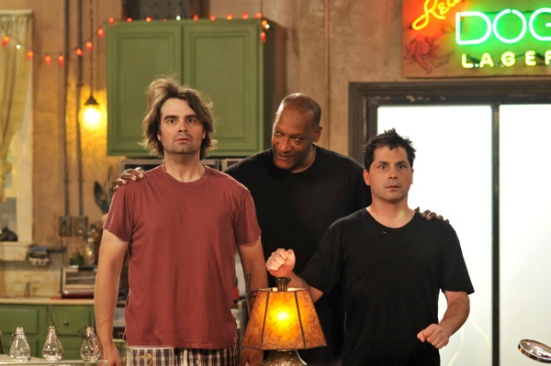 Another series that I brought up in a previous article, Holliston is a show I absolutely love.  A sitcom with a horror twist, Tony Todd’s guest appearance is the stuff of legends.  He plays himself, much like Danielle Harris, only hyper exaggerated.  In this, he takes over Adam and Joe’s place all while scaring the crap out of them.  Hell, he even scares the crap out of Oderus Urungus!  If you haven’t seen this show and you are a horror fan, you owe it to yourself to see it.

Other Films You Should Check Out 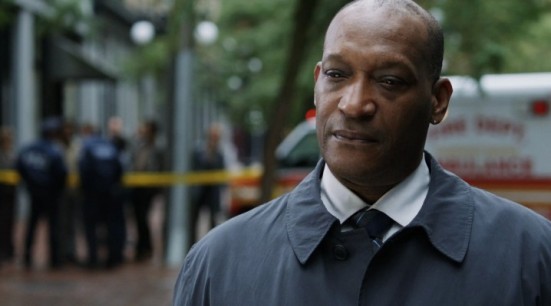 The Final Destination series – While his onscreen role is minor, he is pretty much the voice of Death itself.  That alone is worth checking out.  Never mind the over the top kills.

The Crow – While not technically a horror flick, there is strong horror undertones throughout the movie.  Mr. Todd plays the right hand man of the main villain and is definitely having fun in the role.

Wishmaster – Again, he has a small role in horror movie full of genre legends.  His encounter with the Djinn was definitely one of the more fun ones.

Valerie on the Stairs – This is an episode in the Masters of Horror series.  To give away too much would give away the fun, but I will say he plays a memorable role in what is a Clive Barker story.

While most of his filmography is outside of the genre, Tony Todd is most definitely a Legend of Horror.  I can’t say enough good things about the man.  On screen he’s terrifying.  In person he is incredibly friendly.  I highly recommend checking his films/TV shows out.  Regardless of the genre.  For the role of Candyman/Daniel Robitaille alone he deserves to be considered a Legend of Horror.  For every other role, he cements that status.

Next week, we look at one of my favorite killers in cinema history.  Nope, not the actor(s) that play him.  The character himself!