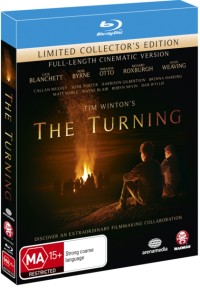 Film:
Okay, I’m going to make a confession, it’s one that I know is going to make me even more of a terrible Australian than I’m already am: I never read any of Tim Winton’s novels. I know, I know. Even though I know that he is one of Australia’s most famous authors, I just never got around to reading any of them (to be honest, I’ve never been that much of a reader sadly. Mainly cause I’ve never really have a moment to do it). But despite that, I was still very interested in checking out the film version of his anthology novel THE TURNING. Why is that you ask? It was mainly about how they were going to approach it. This was going to be a massive 3 hour film where all 17 short stories (plus the T.S. Elliott poem ASH WEDNESDAY, which was used for both the prologue and epilogue) from the novel would each made by a different director and feature an entirely different cast. When I heard about this, it definitely peaked my interest and I had to check it out right away. So does the film manage to live to the potential of its approach? In my opinion yes. Yes, it did!

Based on the anthology novel of the same name by Tim Winton, the film follows the overlapping stories of a group of people who live in the South Australian coastal town of Angelus over the course of 30 years. We follow these characters as they each come to a major turning point in their lives and how it affects them.

When I first saw the film at the Melbourne International Festival last year (you can watch the video review I did for it at the 6.06 mark here), it instantly became one of my major highlights from the festival. Now having rewatched the film again on Blu-ray for this review, I can safely say that THE TURNING is definitely without a doubt my pick as the best film I saw in 2013. I absolutely loved this film from beginning to end. I don’t think I have seen an Aussie film that’s as ambitious as this one was (well, outside of Baz Lurhmann’s films of course). Just the idea of bringing some of Australia’s most accomplished filmmakers and other artistic minds together to adapt each of these 17 short stories from Winton’s novel is an ambitious one, but one that could easily could go either way. Luckily producer/director/creator Robert Connolly and the filmmakers were all able to do it brilliantly.

One of the things that I found fascinating about the film was that all 18 directors had freehand to adapt any of the stories whichever they pleased. So each short has their own unique style and tone that makes it distinct from all the rest that are featured in the film.  While most of the shorts are done in a traditional way, others take more of an experimental approach. Some have little to no dialogue in them (ABBREVIATION, AQUIFER, SAND), some were made with mostly narration (BIG WORLD, DAMAGED GOODS and LONG, CLEAR VIEW), one is animated (ASH WEDNESDAY), one was approached with a semi-documentary style (BONER MCPHARLIN’S MOLE) and, believe it or not, there was one short film that was done entirely in interpretive dance (IMMUNITY). It’s pretty unusual how these choose to interpret these short stories but they surprising work. All 18 directors all did an amazing job and they all handled their short films beautifully, particularly the filmmakers who never directed a film before until this one (acclaimed actors Mia Wasikowska and David Wenham both make their directorial debuts here).

What really amazed me most about the film was that even though every short was different on both a tonal and filmmaking level, they all manage to able to be thematically in tuned with each other. Each short film deals some universal and very human themes that audiences will relate to on a personal level (a lot of them definitely resonated with me as I was watching it). It makes them feel like they are part of one great big story rather than being a standard anthology film. In fact while some of the short films are stand alone stories, most of them do overlap with each other and feature the same characters at different stages in their lives. Most notably the character of “Vic Lang”, who is a central character in 9 of the 17 stories (who is played by 9 different actors of both different ages and races during the course of the film). If you asked me what my favourite segments were, mine would definitely be LONG, CLEAR VIEW (which was directed by Mia Wasikowska, who really impressed the hell out of me. She really has a unique and interesting directing eye, you can definitely tell that she picked up a few pointers from the directors that she has worked with lately), AQUIFER, BIG WORLD, REUNION, SAND and THE TURNING. But honestly despite three of short films (which I’ll get to later), they were all good in their own ways. 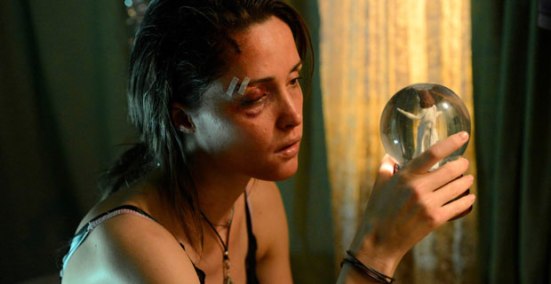 Also cast that they are assembled for this film (mixture of well know faces and unknowns) all did a terrific job in each in their roles in the short films that they featured in. But the stand out of the entire film was definitely Rose Byrne in her segment THE TURNING. Her performance as “Rae” (a psychically abused trailer trash housewife who has a spiritual awakening after finding out that her new friend “Sherry”, played by Miranda Otto, and her husband are born again Christians) was absolutely fantastic! Byrne disappears into the role and she brought a lot of layers to “Rae” that made the character both well-rounded and relatable, plus we also become emotionally invested into her character’s spiritual journey (I have to say that it was quite refreshing to see Christian characters portrayed in a positive and non-judgmental light, rather than the stereotypical holier-than-thou negative stereotypes we’ve seen lately). It truly is a terrific performance from her and one, dare I say, is worthy of an Oscar nomination. Plus a special mention to Hugo Weaving who also stood out as well with his wonderful performance in the segment COMMISSION.

However even though I absolutely loved this film, I must admit that it does suffer from some of the same flaws that affect most anthology films. While pretty much nearly all the short films ranged from being either excellent, great or really good, but there were three segments (SMALL MERCIES, FAMILY and DEFENDER) that I found to be the weakest ones in the film. Even though the SMALL MERCIES chapter was both well acted and directed, but I feel that it’s writer/director Rhys Graham tried to cram in so much plot into its 12 minute running time that it that came off feeling rather rushed and overstuffed. Seriously, there was enough material in this short to fill a 60-90 minute film. From what I understand the original short story that this segment was based on, was the largest one in the whole book at 45 pages long (yeah, I think the idea of Graham trying to condensed a story that big into a 12 minute short definitely wasn’t going to work). Also while the FAMILY and DEFENDER segments potential to be great but unfortunately due to they rather weak and underdeveloped scripts, I didn’t respond to them in a satisfying way either on an emotionally or storytelling level. If the filmmakers behind these two films had worked on their scripts a bit more, they probably would’ve been really good. 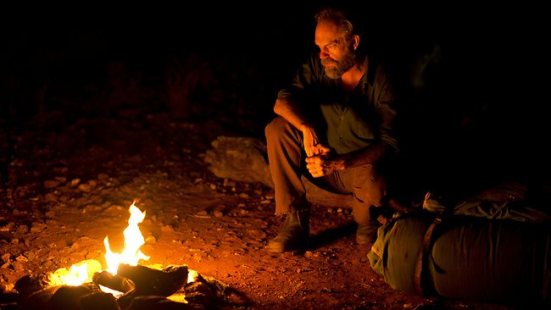 Overall despite those weaker elements, THE TURNING is still an extraordinary and ambitious achievement that I highly recommend everyone to check out. However I must say that if you do decide to watch it, I must recommend that you either read the novel or do some research on the film beforehand. Why you ask? Because I believe you’re overall enjoyment of the film will come down to how much you know about it. If you’ve read the novel, you will find it pretty easy to follow. But if you go into it blind like I did, you will  probably end being just as confused or perplexed about it as I was the first time I watch it. Especially since the same characters that appear multiple times during the film, are played by completely different actors in each one (seriously, it wasn’t until the 90 minute mark that I realised that the some of the characters appeared earlier segments in the film). Yeah, it’s a film that’s definitely going to challenge you and make you work to understand it but once you do, it will enhance your viewing experience of it like it did for me on this second watch. Sure THE TURNING wont be for everyone (some you might say it is pretentious) but for me, it was a truly excellent film that deserved its place as my number 1 film of 2013.

The Australian Blu-ray:
Audio/Video: The video is presented in 16:9 anamorphic widescreen (although the aspect ratio changes to 2:35 on occasional, depending on which segment is being played) in 1080p HD. This is absolutely amazing HD transfer of the film and its looks truly stunning from beginning to end. The film is worth watching on Blu-ray alone just to how visually beautiful it looks. The audio is presented DTS-HD Master Audio with both English Audio Description and English subtitles. The audio was excellent as well. The sound from beginning to end was pristine and clear.

There are some really solid special features on the Blu-ray. The Audio Commentary is pretty epic has most of the directors (plus some cast and crew) coming in to talk about the individual segments that they were involved in, which I found really fascinating (although I was disappointed that Mia Wasikowska wasn’t able to contributed one for her short film LONG, CLEAR VIEW, so her segment’s cinematographer takes her place instead). I was disappointed that the four Featurettes were rather short (they only go for about 5 minutes each) but they were still decent nonetheless. Directors On Winton’s Work has the filmmakers talk about how Tim Winton’s work has affected them and explain why he is one of Australia’s greatest authors. Turning Points was pretty interesting cause it has the filmmakers getting personal and  discussing about their own major turning points in their lives.

The Directors has producer/director/creator Robert Connolly explaining how he able to get all the filmmakers involved with the project (also he calls the film a ‘cinematic art gallery’, which is the best way to describe the film). Locations has the filmmakers discussing how they chose which locations to make their films at. World Premiere Highlights is pretty explanatory, it shows highlights from the film’s world premiere at the 2013 Melbourne International Film Festival. We get to see the red carpet as well as how the audience, the filmmakers and even Tim Winton himself reacted to seeing the whole film for the first time. The Picture Gallery is a video montage of behind-the-scenes photos taken from each of the short films. Also we get both the film’s haunting Teaser and Theatrical Trailers, an ATOM Study Guide and Madman Propaganda trailers for the Aussie films SAMSON AND DELIAH, BALIBO, SNOWTOWN and THE HUNTER.

Thanks to Ben from MadMan for his support