I am currently reading Mr. Schwarzenegger’s autobiography ‘Total Recall’ and it got me thinking about his roles, he actually has played a lot of different characters and some are more memorable than others.

So who would make my list of Top 5 Favourites? A list that was not an easy undertaking, but I can safely say I am rather happy with what I have chosen.

These are simply my opinions, you can free feel to list your own in the comments.

I am sorry but I love Twins, it is a film that my father and I would watch all the time and then quote on a daily basis. It really has a special place in my heart, and I still enjoy it to this day. I actually really enjoy Arnie as Julius, he’s very funny in this film and he played innocent very well. His natural chemistry with Danny DeVito actually works wonders, it is a film that probably shouldn’t have worked but it does.

This is the ultimate fun time action film, blending comedy and action in the perfect way. Harry Tasker is a great role and Arnie played it perfectly, he’s the secret agent who can’t tell his family. His wife suspects he’s having an affair and things get complicated. Again this role works so well too because it’s got a great script and Arnie shares a strong chemistry with co-star Jamie Lee Curtis. This is one of his strongest action performances, and I love it. 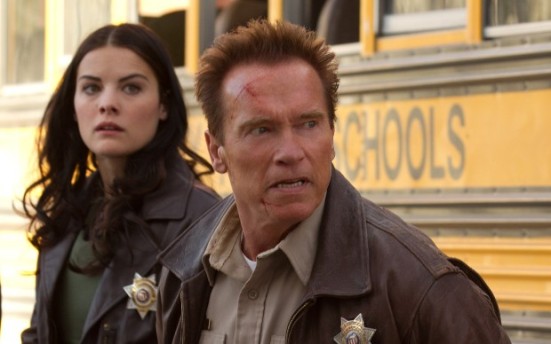 This was a film I was very excited for, Arnie back in the lead after being Governor. It was not a let down and what made this character great is he accepts he’s older, he knows he isn’t a spring chicken. It was actually a very mature action role and I loved every minute he was on screen and I enjoyed how he worked with the entire cast. He also proved that after all these years, he still has it in him to be an action star.

This may be his most badass role ever, Dutch is a non sense kind of guy, he’s ripped and not afraid. What a perfect role for Arnie to take, with a shoot that was difficult with the location. Saying he owned this role would be an understatement, he’s the freakin’ man in this role! The action is fantastic, the story is great and the show down at the end is the stuff of legend.

I am sure there are those wondering why Terminator 2: Judgement Day isn’t here, and well to be honest I think this performance is much better. He did his research here, he knew what he had to become to be the Terminator. He barely talks, he tells the story with how he moves and presents himself. He’s a predator, a killer, a machine, that will no stop until his mission is complete. Arnie is actually very scary in this role, and it is one of the rare times you actually do see the character over the actor. A job well done here!