Hey everyone! Welcome to my 4th edition of my Bad Movie Tweet-A-Thon series. Two weeks ago over the SuperMarcey.com Facebook page I posted up poll with three bad movies and I said that whichever one out of those three films had the highest votes, I would watch and live-tweet for this column. Well, the votes are in and you all have spoken. It was a close race between two particular film but one film won out in the end by a single vote! For this instalment of Bad Movie Tweet-A-Thon, you guys wanted me to watch and live-tweet… MORTAL KOMBAT: ANNIHILATION! Will I be killed off early like Johnny Cage? Will I be able to figure if the plot makes any sense? Read on and find out! Enjoy! 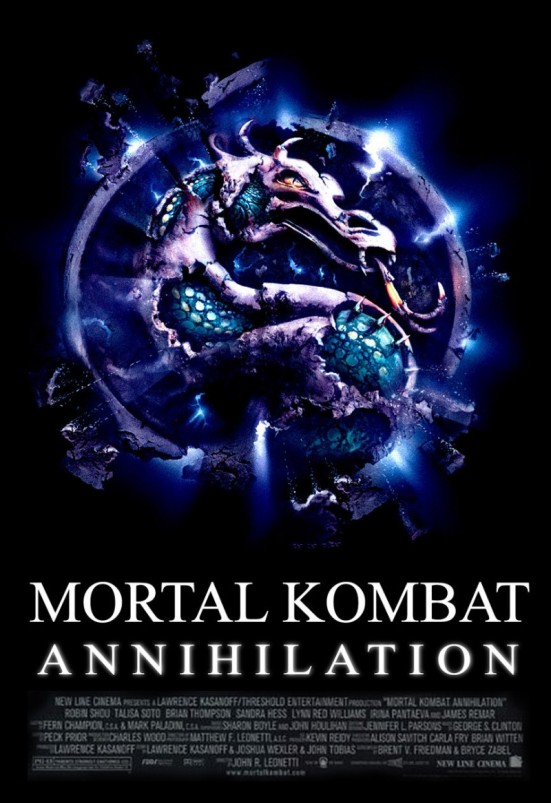 Man, this opening theme music will never get old #kombat

Wait a second, did I accidentally put on the 1st MORTAL KOMBAT by mistake? Cause these are the exact same credits as the 1st film #kombat 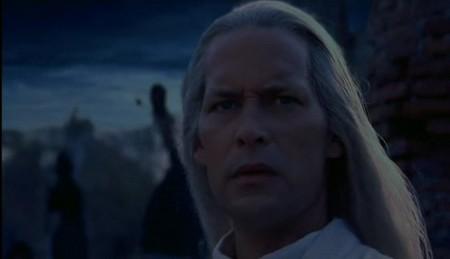 Wait a minute… That’s not the Macy Gray-esque voice of Christopher Lambert!!! #kombat

Brief as in 5 minutes #kombat

Man, the green screen here is really awful. It’s on the level of what they did with THE ROOM #kombat

Enjoy this quick appearance of some of your favourite characters, MK fans. Cause you won’t basically see them again during the film #kombat

“What is that suppose to mean?” Sonya Blade pretty much summing up the entire film  #kombat

“Mother… You’re alive?” “Too bad… You… Will die!” This line would have been better if it were done by Tommy Wiseau #kombat

I’ve said it before and I’ll say it again: Raiden is the useless God of all time #kombat

Yeah, I think Bridgette Wilson-Sampras picking I KNOW WHAT YOU DID LAST SUMMER over returning for this film was a good career move #kombat

Johnny Cage is the Cyclops of the MORTAL KOMBAT franchise #kombat

No! No new no-name actor who we didn’t care for playing Johnny Cage for only 5 seconds!! Noooo!!! #kombat

Thank goodness they got rid of that terrible green screen #kombat

Is it just me or Sonya Blade such revenge-happy person? #kombat

Where did the giant hamster balls come from? #kombat 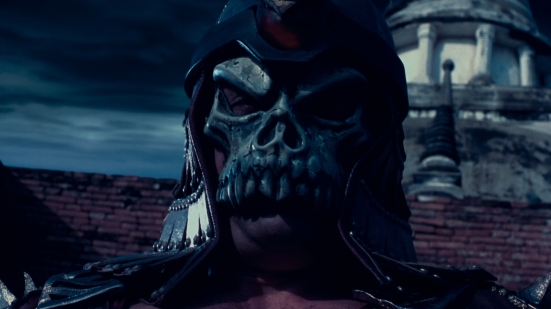 As far as I’m concerned, you can never have enough ninjas in movie #kombat

Yeah, Kitana’s weapons would not fit in her shoes #kombat

Also does this mean that Shao Kahn has a band of blue ninjas named Sub-Zero as well?  #kombat

How is possibly that the costumes in this film look far worse than they do in the first film? #kombat

Scorpion is back?! Or does this just mean that this is actually the younger brother of Scorpion who just happens to also be named Scorpion? #kombat

Yeah, there is way too many gravity defying jumps in the movie #kombat

“SUCKERS!!!” Clearly when Scorpion said line, he was actually referring to the people who paid to see this movie  #kombat

I read somewhere that Michael Jai White was originally going to play Jax but decided to do SPAWN instead. #kombat

Yeah, no matter which of the two films he decided to be in, he was never gonna work out well for him either way #kombat

You would think having robot arms, Jax would inflict much more damage  #kombat

Is that sound of a telephone I can hear during this song? #kombat

Best jumping away from explosion ever! #kombat

Geez, the sounds effects guys went to town with animal sound effects in this scene, didn’t they? #kombat

Nightwolf is a jerk #kombat

Man, Liu Kang must have been passed out for a while cause it is snowing… In the desert… Rrrriiiiggghhhttt… #kombat

Actually that’s not snow, that’s the amount of cocaine that the cast used to get through this film #kombat

This film doesn’t make sense… At all #kombat

Kitana is so boring, she’s the Bella Swan of this film #kombat

Yeah, that rock that Sonya landed on clearly was not a real rock #kombat

Oh, dear God. The CGI in this film is horrible, even by 90’s standards #kombat

Rod… Todd… This… Is God #kombat

The geography in this film doesn’t make any sense. How can Sonya & Jax get from Hawaii to the desert in a short amount of time  #kombat

Liu how do know that Raiden isn’t at the location? You barely even looked! #kombat

I guess when you turn mortal, you get a haircut. So does that mean that Raiden’s powers were in his hair all along? #kombat

If this were an episode of POWER RANGERS, Sindel would be Rita Repulsa #kombat

I swear Sindel’s costume is just a swimming suit #kombat

No it’s not Shao Kahn, it pronounced Shao KKKAAAHHHNNN!!!!  #kombat

Geez, how many Reptiles are there?  #kombat

Now here’s some trivia from IMDb: Ray Park and Tony Jaa worked as the stunt doubles for James Remar and Robin Shou in this film #kombat

Thank goodness they got a real person to play Sheeva, unlike the awful animatronic puppet they used for Goro in the 1st film #kombat

Yeah, Sindel is too young to play the mother of Kitana #kombat

Man, Raiden is such a pussy. Sending other people to kill his brother when he can’t do it himself #kombat

Yeah, it’s pretty clear whose going to fight whom in this scene #kombat

Man, these fight scenes are so boring #kombat

Yeah, the CGI in this film is on the exact same level as SPAWN #kombat

This doesn’t make sense: if an animality is suppose to turn you into a animal, why does Liu Kang turn into a mythical creature like a dragon? #kombat

Yeah, the MORTAL KOMBAT theme song makes everything 100% more kick arse than it should #kombat

Hey Liu Kang, Tommy Wiseau called and he wants his hair back! #kombat

Well, that’s the end of the film. Thank goodness for that because this film is absolutely terrible on every level #kombat

Also I’ve come to conclusion that MORTAL KOMBAT: ANNIHILATION should have been appropriately titled FAN SERVICE: THE MOVIE. #kombat

I hope everyone enjoyed reading this 4th edition of my Bad Movie Tweet-A-Thon! Keep a look out in a few weeks for the next one which will be either on the following three films: COOL AS ICE, JAWS 3 or THE TWILIGHT SAGA: BREAKING DAWN – PART 2. Which one will it be? Go to the SuperMarcey.com Facebook page and vote on the poll!