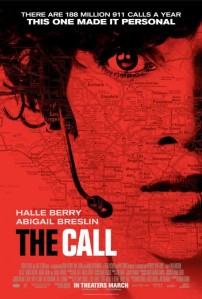 I must admit I wasn’t sure what to expect from THE CALL, while I did know what the film was about but I actually never saw any trailers for it until just recently (I kept hearing that they give too much, hence why I never saw them). I didn’t have any expectations for it but what did catch my interest with it were two things: its high concept premise (I’m a sucker for films of these type) and 2. it was directed by Brad Anderson (the director behind SESSION 9 and THE MACHINIST). So those two elements definitely had me intrigued but at the same time, there was more of a chance that the film would suck. Now having seen the film myself, it is actually surprisingly decent.

Set in Los Angeles, the film tells the story of Jordan Turner (Halle Berry) a 911 operator who tries get her life back after making a grave mistake during a call that caused the murder of a teenage girl six months earlier. After suffering a breakdown and feeling that she is unable to continue her work as an operator, Jordan decides to change jobs and work as a teacher at the call centre instead. However one day while teaching a class, a young teenage girl named Casey Welson (Abigail Breslin) calls 911 to tell them that she has been abducted and is trapped inside the trunk of the kidnapper’s car. Since the trainees don’t know how to handle a call like this, Jordan decides to put her fears aside, take over the call and help Casey. As Jordan tries to do all that she can to save Casey, she soon discovers that her kidnapper is the same man who murdered the teenage girl that she tried to help six months before. 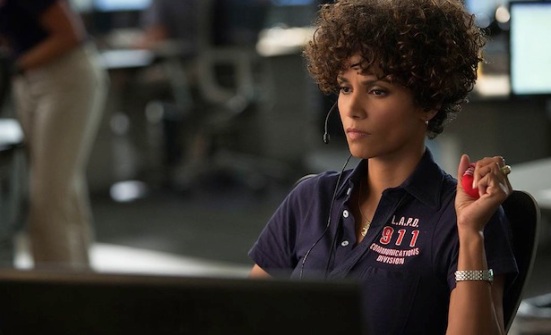 What makes THE CALL interesting to me is that it is definitely one of those films that could have easily have not worked but when you have a director like Brad Anderson, he was able to make it into both an entertaining and thrilling film for most part. The first hour is extremely intense and Anderson does a great job at both sustaining and escalating the tension during that time. I would be lying if I did say I wasn’t the edge of my seat while watching it. It’s definitely not on the same level his more acclaimed character-driven genre efforts like SESSION 9 or THE MACHINIST, but it does show that he can make something that can be just plain fun as well. Plus he also got some really good performances out of his cast, particularly Halle Berry and Abigail Breslin. Berry definitely gives one of her best performances in quite a while as “Jordan”. Despite the terrible and dumb thing that her character did at the beginning of the film, Berry is still able you make her quite sympathetic and you definitely root for her to succeed in doing all that she can save the young girl’s life and stop the Killer (plus her character’s hair-do in the film is pretty epic). Breslin is also did great job as “Casey”, it is definitely the most emotionally and physically demanding role of her career so far and pulls it off brilliantly (she has come a long way since being the little Olive in LITTLE MISS SUNSHINE). Also Michael Ecklund gave a very intense and chilling turn as the Killer (he really dived into this role with 110%) and Morris Chestnut is solid as Jordan’s supportive cop boyfriend “Paul”. Plus the script by Richard D’Ovidio was decent, the score was nicely done and its both extremely well edited and paced.

However despite my positives there are a lot of flaws in it as well, particularly in the last act. While the 1st hour is pretty strong, unfortunately the last 30 minutes starts to become problematic once *MINOR SPOILER* Jordan decides to leave the call centre to go find Casey and the Killer on her own *END OF SPOILERS*. That’s where the film begins to lose its focus and sadly doesn’t quite recover, plus it loses much of its tension in the process as well. The film also tries to delve into the Killer’s back story and as well as why he kidnapped Casey but I didn’t think it was really explored enough. Another thing that bugged me about the film was the ending. While understand what both director Brad Anderson and writer Richard D’Ovidio were trying to go for with it but it just came off rather odd and weak (you’ll know what I mean you see it). Also Michael Imperioli was a bit underused in his role as “Alan” and there are some plot-holes (Jordan makes another, although unintentionally, dumb decision in the last half that actually annoyed me).

Overall despite some rather big flaws, I was still quite entertained by THE CALL in the end. It’s mixture of strong performances, cool concept and Brad Anderson’s intense direction made it quite a solid and thrilling time nonetheless. It’s not great by any means but it was rather fun.