Evil dies tonight! That becomes the theme of the latest installment of the franchise and the townsfolk of Haddonfield as they discover Michael Myers is back for more mayhem. The word ‘Kills’ is definitely something this sequel had going for it, but how did the rest of the movie measure up?

The story was simple, yet invited complete anarchy. We pick up literally right where we left off from Michael’s last killing spree who has of course escaped the fiery end Laurie Strode and her family planned for him, and needless to say Michael didn’t appreciate it too much. The film also begins, in one of the most satisfying aspects of the film, with a flashback to the night of the original film in 1978. In this flashback we learn more about how deep Deputy Hawkins’ (Will Patton) desire to end the reign of terror of Michael goes. That also presented what ultimately became a problem with Halloween Kills though, as the story thread of the deputy didn’t seem to follow through to a satisfying conclusion. Obviously building up for the third outing in the series Halloween Ends, but this movie may have needed it more.

Back in the present day, the dwellers of Haddonfield, including a now adult Tommy Doyle (Anthony Michael Hall), Lonnie Elam (Robert Longstreet), Lindsey Wallace (Kyle Richards), and Marion Chambers (Nancy Stephens) have all grown tired of living in fear and desperation after what Michael did to them years earlier. This old guard riles up a mob that intends to turn Michael, the ultimate hunter, into the hunted. The movie takes the concept of a mob mentality and tries to impart a social message, which involves another escaped inmate, but that message seems ultimately glossed over and weirdly placed.

What of Laurie Strode? Laurie and her family definitely seem to take a back seat in this movie, but what little we do see of Jamie Lee, Judy Greer, and Andi Matichak who gets the most meat to chew on character wise as Allyson is always a treat. Laurie is another character who is obviously getting her payoff in Halloween Ends. To be fair, Laurie did try to join the action here midway in the film, but in a moment of surprising reasonability quickly is reminded that unlike Michael, she is an all too destructible human being who just had her stomach cut open. The family dynamic in Halloween 2018 had me caring about the fate of the characters. That dynamic taking a back seat in this installment had me scratching my head a bit but hey, I am a fan of long term storytelling.

Like I stated previously, the Kills in Halloween Kills is where this sequel shined. This was Michael Myers at the most brutal I ever remember seeing him. I even found myself daring to tell Myers to just chill the hell out through his body count here. If seeing slayings that are going to invade your mind and keep you up at night are all you expect going into these movies, then there is no chance in hell you’re reaching the end credits disappointed. Kudos definitely have to go to John Carpenter and his team for coming to aid in composing the classic score that complimented all this perfectly.

Was Halloween Kills a perfect sequel? No. Was it the worst in the franchise? Not even close. Did it make some narrative decisions I just couldn’t buy into? Unfortunately. Did it deliver on the bloody carnage you’d expect from ‘The Shape’? In spades. Much of the cast had to deal with some dialogue that was pretty cringe, Anthony Michael Hall as Tommy Doyle stood out as someone who rocked what he was given. A special shoutout needs to go to Matichak as Allyson who did the best in selling the events of the film that came before. Some great new characters, I loved to love the Johns. Halloween Kills definitely had some misfires, but they weren’t enough to keep me from wanting to see this trilogy through to its conclusion. As a stepping stone to its final chapter, it was entertaining enough and did what it had to do. 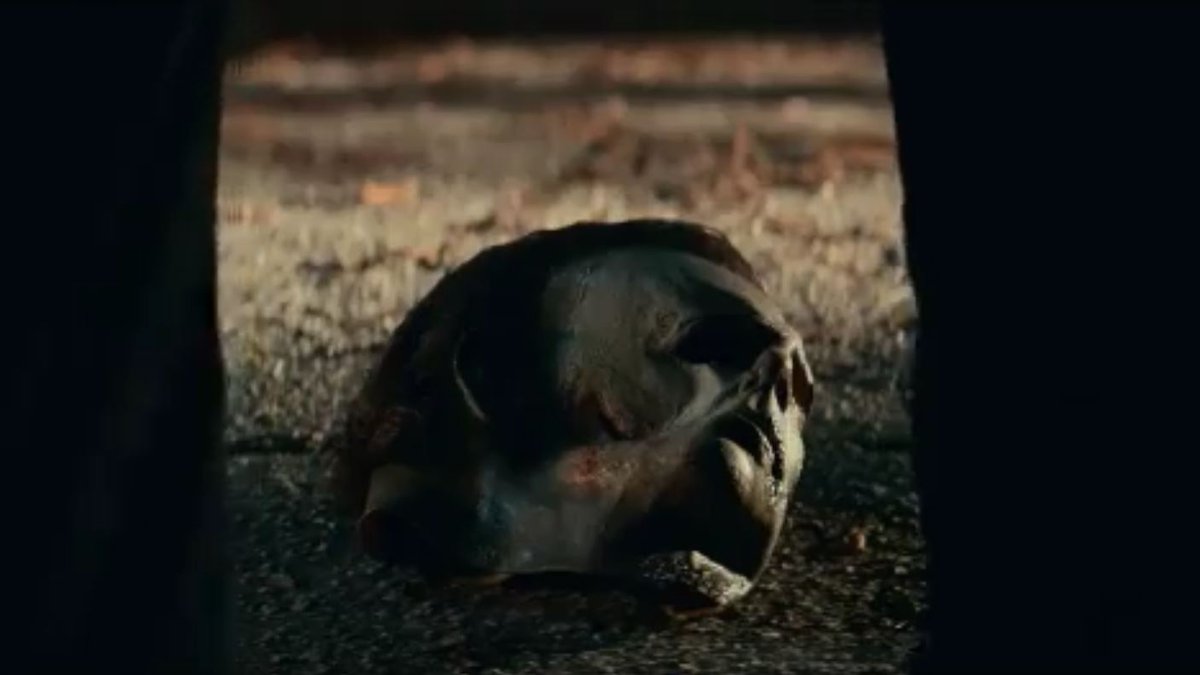