Your hosts for Tubi Tuesdays are Super Marcey, ‘The Terrible Australian’ Bede Jermyn and Prof. Batch (co-host of Web Tales: A Spider-Man Podcast), will take turns each week picking a film to watch and most of them will be ones we haven’t seen before. This week is Bede’s pick, Marcey and Batch are utterly terrified every time it is Bede’s turn.

For this 18th episode, Bede decides to inflict an Italian Horror/Sci-Fi on us, with the cult classic The Visitor (1979), do Marcey and Batch manage to get through this in one piece?! 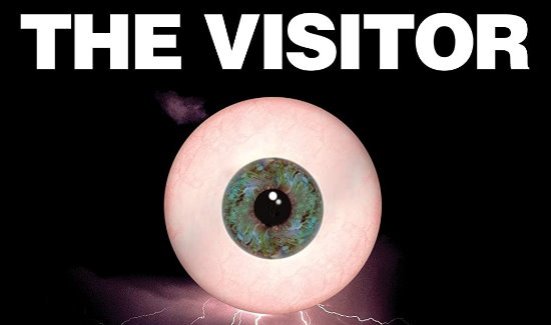 * What is Bede inflicting on us?

* Did that little girl accidentally shoot her mother?!

* Is this The Omen crossed with Star Wars?

* The girl swears more than we do!

* Is this the worst film we’ve watched so far?!